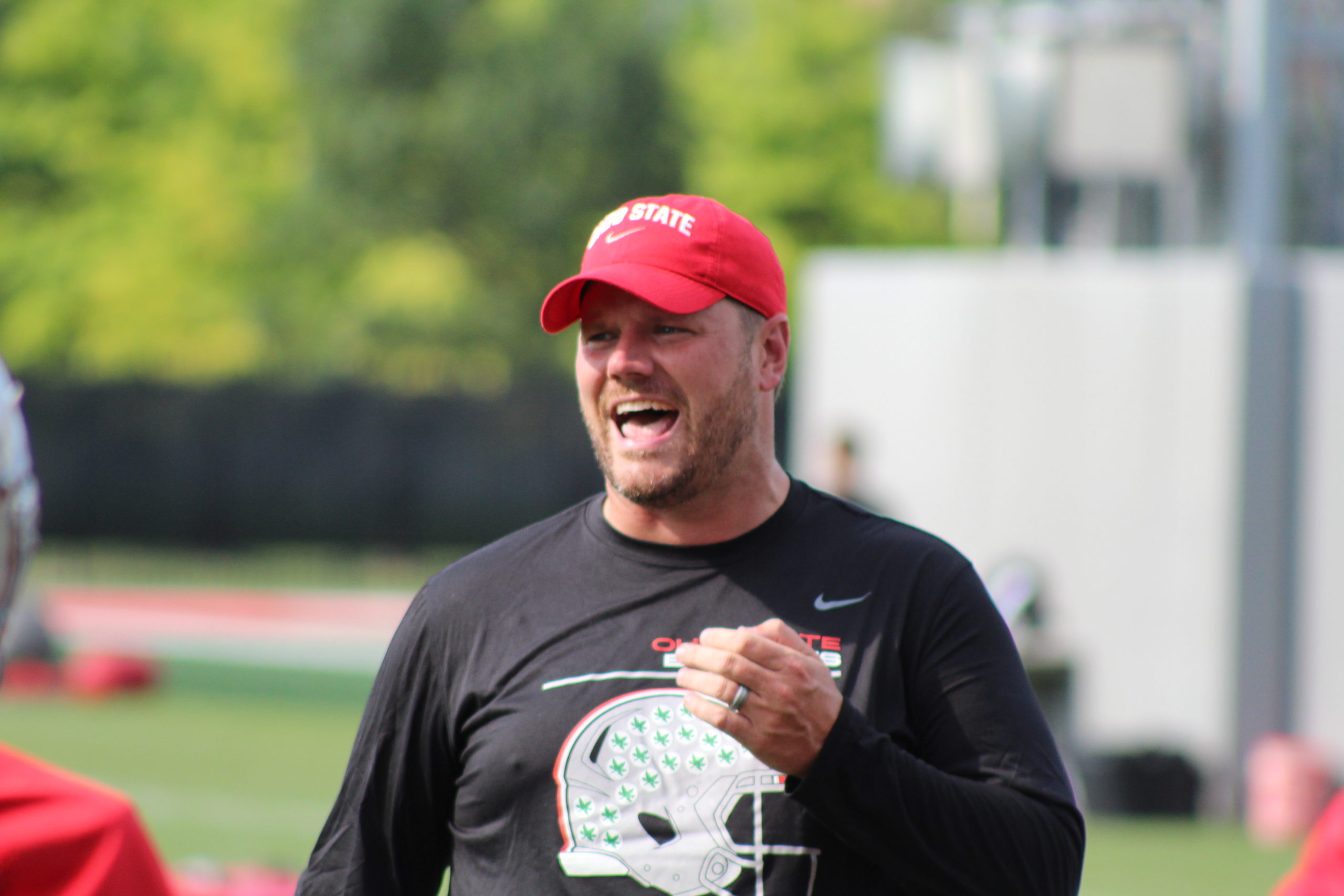 The Wisconsin game made it back-to-back contests without so much as a pressure on Ohio State third-year quarterback C.J. Stroud.

Forget sacks. Both Toledo and Wisconsin failed to even hurry the Buckeyes’ Heisman contender.

Stack that up with 6.2 yards per carry on the ground across the two bouts and the implication is clear — Ohio State’s offensive line is starting to play at an elite level under new offensive line coach Justin Frye.

“We’re off to a good start there,” Ohio State head coach Ryan Day said. “We’ve still got a long way to go. We still are building, we’re growing, there’s still things we need to get better at. A lot of things. But I think you can see that we’re targeted, we’re playing with an edge, we’re running off the football. And that has had a big impact on our offense.”

With the physical style of play typically demanded in the Big Ten, particularly from a team with the hard-nosed identity of Wisconsin, the Buckeyes knew entering the two sides’ matchup that toughness would be required to control the line of scrimmage.

“During the week of preparation (for the Badgers), we had to think about how tough we wanted to be,” sophomore guard Donovan Jackson said. “As an offensive line unit, you’ve got to be tough, you’ve got to be strong.”

They established success in that area early.

OSU broke off six runs of 10 yards or more in the first half alone, converting two of third-year running back Miyan Williams’ carries into touchdowns.

“We knew we had some matchups we could take advantage of,” Jackson said. “All five guys, or rather all 11 guys on the offense were clicking on all cylinders in the run game. But we know there’s a lot of stuff to improve on.”

Williams proved the most efficient beneficiary of that work, churning out 101 yards in just 11 carries for a 9.2 yard-per-tote clip. Sophomore running back TreVeyon Henderson picked up 121 yards, averaging 5.8 yards per carry.

Williams gave credence to the front five for his production.

“(The holes) were huge. Big shoutout to the O-line for those, because we wouldn’t have anything without them.”

Not lost in that is Frye’s role as developer. Day gave some insight on how he’s impacted the group’s growth.

“I think he has done a really good job of, first off, building camaraderie in that group,” Day said. “As you know, the offensive line has to have chemistry, and I think he’s built good relationships there. I think he’s built credibility in his teaching and the way that he teaches.”

Day also noted earlier this season that Frye has some schematic input, and in addition to being the team’s offensive line coach he’s also an associate head coach for offense.