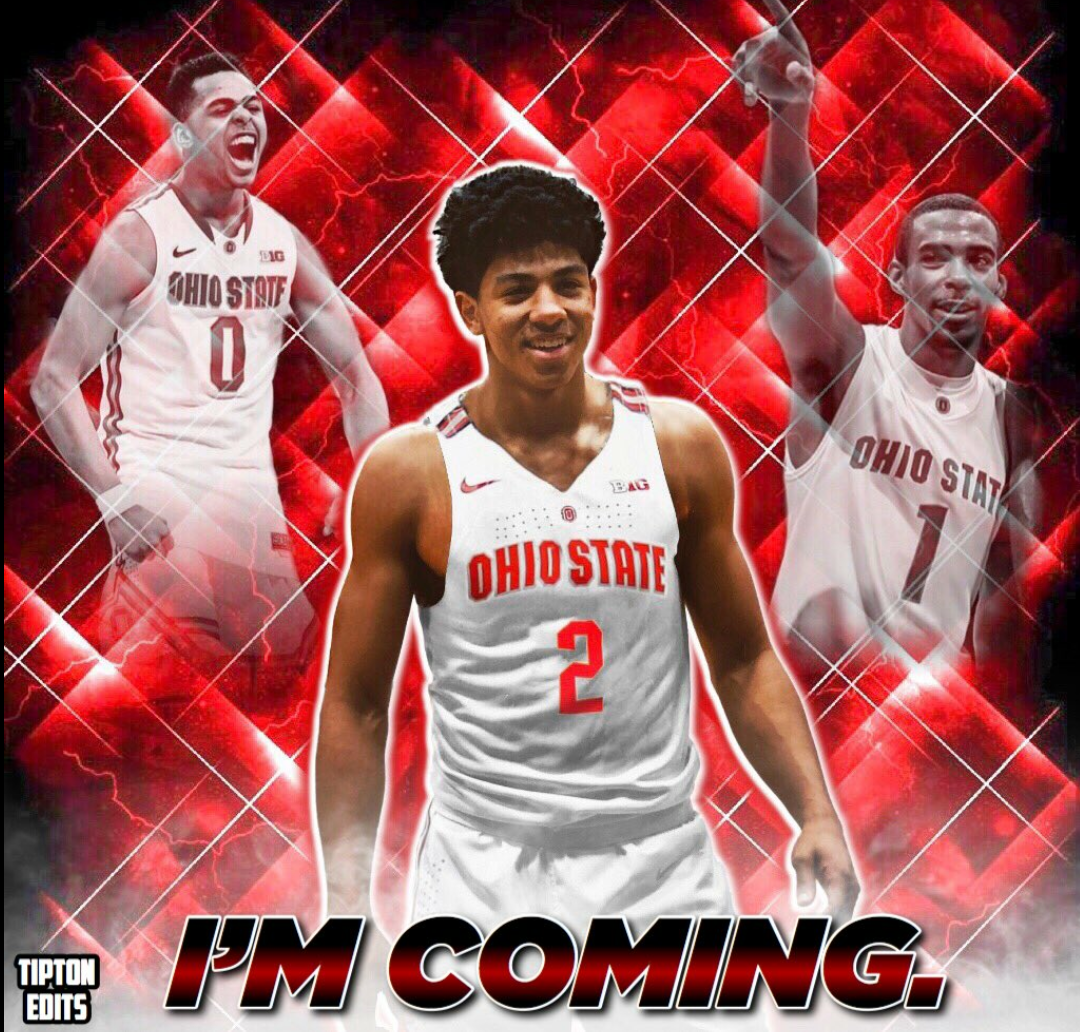 Entering his second year as the Ohio State men’s basketball team’s head coach, Chris Holtmann is already showing how strong of a recruiter he is.

D.J. Carton, a five-star point guard in the 2019 class from Bettendorf, Iowa, announced his commitment to the Buckeyes on Saturday afternoon.

Carton, the No. 21 overall prospect and No. 2 floor general in the 247Sports composite rankings, picked Ohio State out of a final three that also included Indiana and Michigan. The Hoosiers and Wolverines, both of whom hosted Carton on an official visit at the end of June, appeared to be the favorites to land the top-rated player in the state of Iowa. But that all changed after Carton took an official visit to OSU on Wednesday and Thursday this past week.

Carton, who received an offer from the Buckeyes in December, also visited Ohio State in an unofficial capacity on April 12. Three months prior to the 6-1, 189-pounder making that trip to Columbus, Holtmann visited Bettendorf on Jan. 4 to watch a 6 a.m. practice before guiding OSU to a 92-81 victory over Iowa in Iowa City that night. In addition to being in Carton’s final three, the Buckeyes were mentioned in his top six on May 10, with the other five schools being Indiana, Iowa, Marquette, Michigan and Xavier.

Carton becomes the second pledge in OSU’s 2019 haul, which is now fourth in the 247Sports composite team rankings. Holtmann and his staff locked up the No. 1 player in the state of Ohio, four-star small forward Alonzo Gaffney, on April 10. Gaffney, the No. 30 prospect in the nation and No. 7 small forward, played at Garfield Heights, Ohio, this past season but is transferring to a prep school in New Hampshire for his senior year.