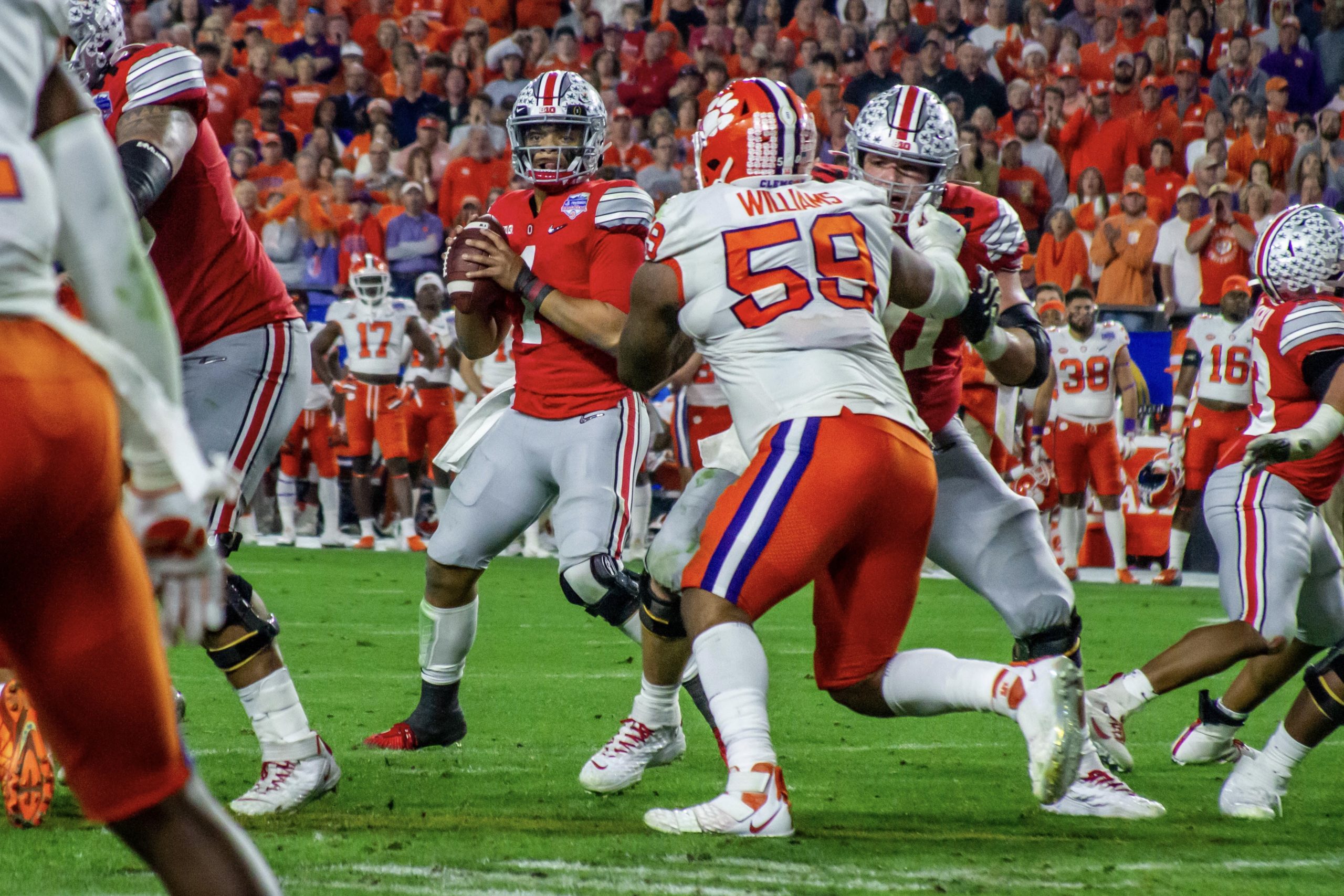 At first glance, it may appear like Clemson should beat Ohio State for the fifth straight time.

After all, the Buckeyes have not faced anyone nearly as talented as the ACC champion Tigers, who feature two of the nation’s best offensive talents in quarterback Trevor Lawrence and tailback Travis Etienne.

On the other hand, Clemson has not seen an opponent on the same level as Big Ten champion Ohio State. The Tigers split their season series with Notre Dame, but they were missing key players like Lawrence in the loss. And even though the Irish had a highly rated season, they do not have the same level of talent that the Buckeyes possess.

Talent and star ratings can only get a football team so far, though, the College Football Playoff semifinal showdown between Ohio State and Clemson will be decided by who performs the best between the white lines.

While every aspect of a top-tier matchup like this holds importance, I am going to focus on two elements that will have a large impact on whether the Scarlet and Gray will finally topple the Tigers – the running game and pass protection.

First of all, Clemson’s defense ranks No. 5 in the nation by allowing just 2.79 yards per carry. Quite frankly, defensive coordinator Brent Venables’ unit has been stellar against the run.

After the Tigers allowed 208 rushing yards and three touchdowns on 40 attempts in their short-handed loss at Notre Dame on Nov. 7, they allowed just 191 yards and 1.93 yards per carry across their final three games (including 30 carries for 44 yards to the Irish Dec. 19).

For Ohio State to get its first win over Clemson in program history, it will need to find success on the ground against the stout Tiger front. The Buckeyes boast the fifth-best rushing attack in the country at 275.7 yards per game, and their impressive 6.08 yards per carry ranks third nationally.

The importance of Ohio State’s need to establish its running game cannot be overstated. Not only will it help move the chains to sustain drives and keep the Tiger offense off the field, but it will open up the potent Buckeye passing game and buy Justin Fields more time to make plays.

Part of the reason it will be paramount for the Buckeyes to set the tone with a formidable running game is because of how good the Tigers are at pinning their ears back and pressuring passers.

Clemson takes down opposing quarterbacks for 4.0 sacks per game, which is tied for fourth in the country with Colorado State. Venables’ units have always been known for their ability to create immense pressure and disguise disruptive blitzes.

A glaring weakness for Ohio State has been its ability to protect Fields in the pocket, which is compounded by Fields’ tendency to hold onto the ball too long and taking ill-advised sacks. The Buckeyes surrender 3.0 sacks per game, which is tied for a meager No. 104 nationally with Ohio, Colorado State, Wake Forest and Mississippi State. Not great.

How great Clemson is against the run and how successful the Tigers are at sacking quarterbacks may make the CFP semifinal game seem like a nightmare matchup for the Buckeyes. But, if you want to be the best, you have to beat the best.

Fortunately for Ohio State, it has a quarterback superior to anyone Clemson has seen in Fields and a bruising offensive line that has paved the way for one of the nation’s best rushing offenses.

The showdown in the Sugar Bowl should be a great back-and-forth battle, but which team holds the upper hand could be heavily based on how successful the Buckeyes are at running the ball and protecting the quarterback.

If they establish a steady ground game and give Fields ample time, the Scarlet and Gray could pull off an upset. If not, it could be their fifth straight loss to Clemson.