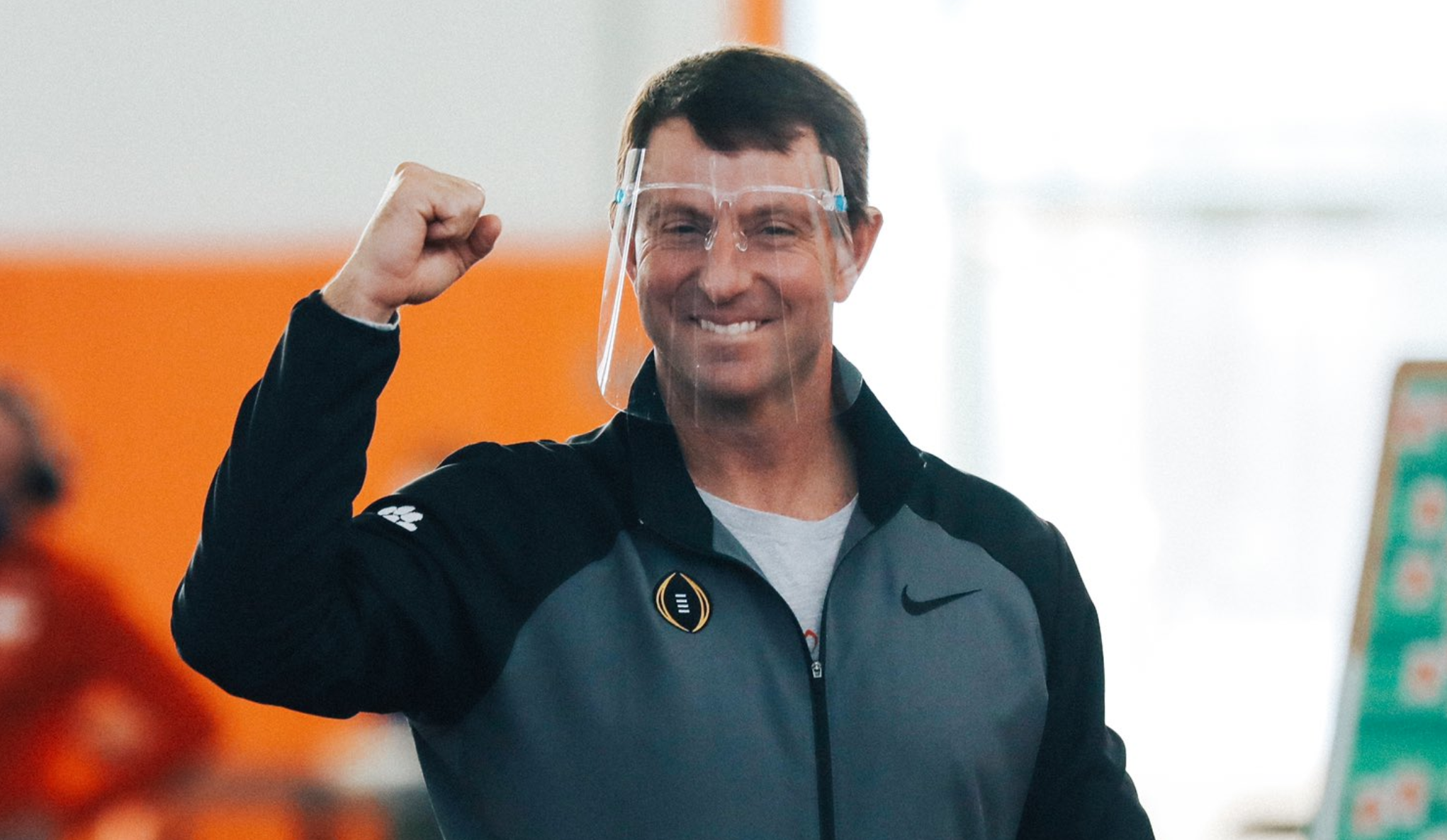 While Ohio State made its way to the College Football Playoff, coming in as the No. 3 seed behind Alabama and Clemson, the head coach the Buckeyes are about to face off against did not agree with that ranking.

USA Today released the individual ballots for the most recent Amway coaches poll – a poll that also placed Ohio State third – Clemson head coach Dabo Swinney placed the Buckeyes 11th, by far the lowest ranking for Ohio State of any of the 61 ballots in the poll.

The low placement goes with Swinney’s recent comments that Ohio State, as well as any other teams with significantly less games played, should not make the playoff over teams from conferences that were able to play a 10- or 11-game schedule.

This was also evidenced by Swinney’s ranking of Indiana and Northwestern – ranked No. 8 and No. 13 in the overall coaches poll – which he has at No. 14 and No. 19, respectively.

There were only 15 coaches that did not put the Buckeyes in the top four, including Alabama head coach Nick Saban, whose Crimson Tide finished first in the playoff, and Texas A&M head coach Jimbo Fisher, whose Aggies ended in fifth in the rankings, also behind Notre Dame.

Notre Dame head coach Brian Kelly placed the Buckeyes fourth in his ranking, with his Fighting Irish team staying at third despite their 34-10 loss to Clemson in the ACC Championship Game.

The only other coach to put Ohio State below fifth was Georgia head coach Kirby Smart, who had the Buckeyes in sixth. His top four teams were Alabama, Clemson, Texas A&M and Florida, who finished the season with an 8-3 record.