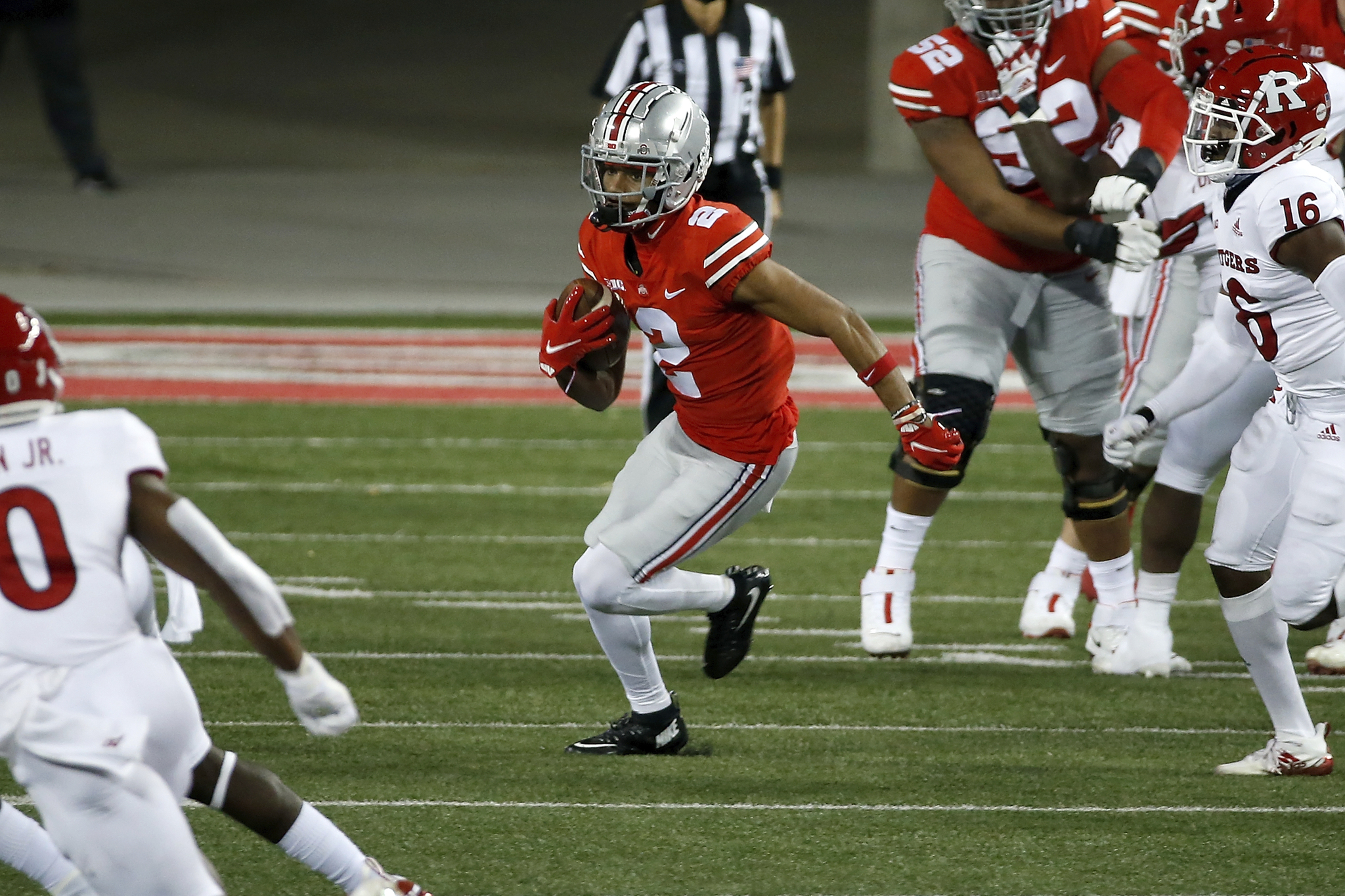 But after a hot start, Olave hit a snag against Tulsa and Akron, getting held without a single catch in the former and hauling in just two for 20 yards and a touchdown in the latter.

Against Rutgers, though, Olave found his rhythm once again. The fourth-year wide out finished with five receptions for 119 yards and a pair of touchdowns, all of which were team highs in the 52-13 win. Those numbers give Olave 23 catches for 374 yards and five touchdowns through five games.

Over a 14-game season (regular season + conference championship + bowl or playoff game), Olave is now on pace for approximately 64 catches, 1,047 yards and 14 touchdowns. He is well behind pace for Hill’s record, on pace for Boston’s record, and has made significant strides in the right direction toward Jenkins’ record.

But, the games only get harder from here with Big Ten play underway. Only time will tell if Olave’s strengthened connection with quarterback C.J. Stroud is here to stay.