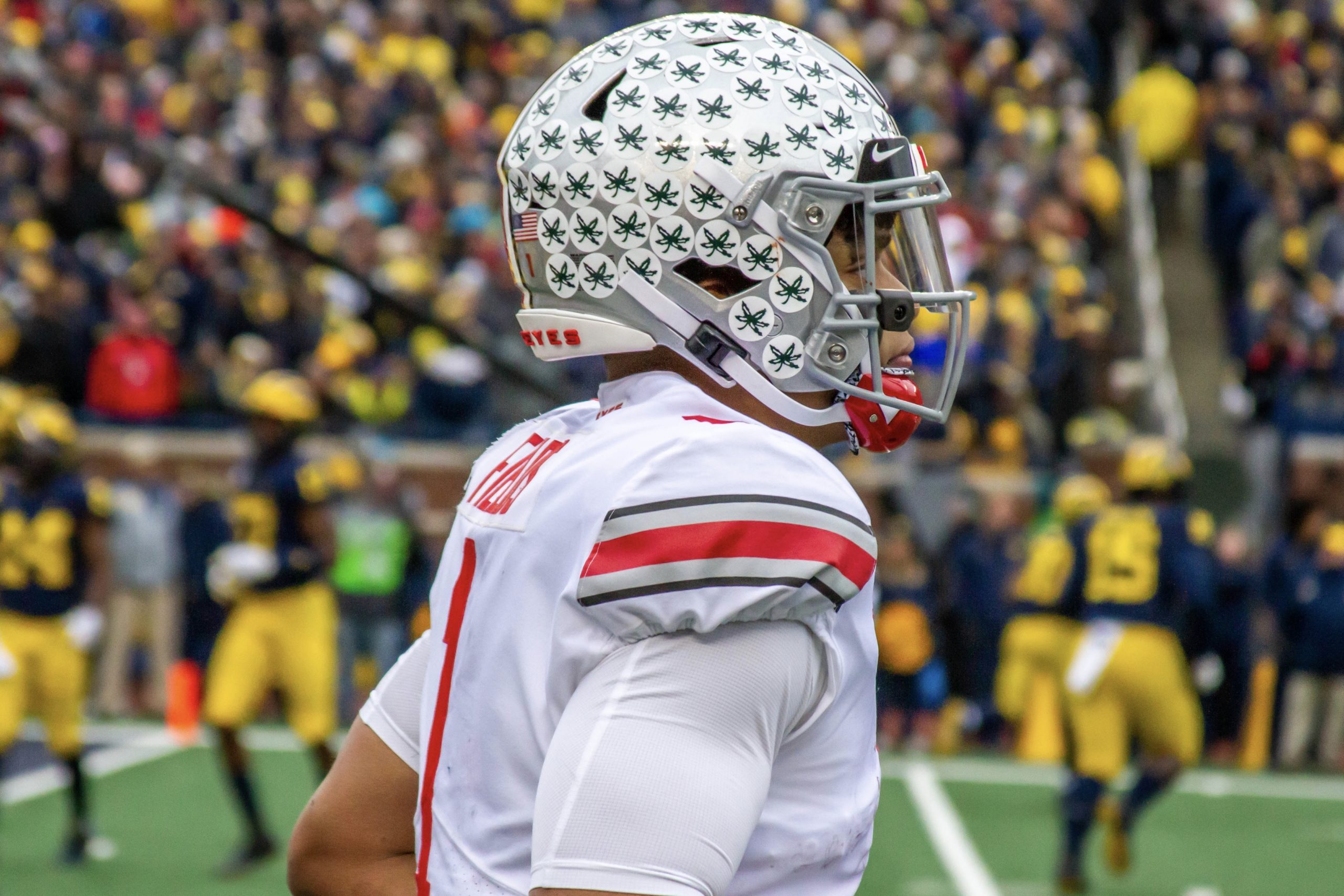 In Ohio State’s 56-27 win over Michigan, the Buckeyes moved to 12-0, but a few players in the scarlet and grey also moved up various lists in the program’s record books.

While the 29-point win against the rival Wolverines was the main goal for the team, here are the players that are closing in on some major Ohio State records with just postseason play left to go.

Junior running back J.K. Dobbins rushed for 211 yards and four touchdowns in the win, both of which were career highs.

On his 60th yard gained, Dobbins passed Ezekiel Elliott (3,961 yards) for No. 2 on Ohio State’s all-time rushing list. Later in the game, he became only the second Buckeye to ever run for 4,000 yards over a collegiate career, joining Archie Griffin, who ran for 5,589 yards in four seasons with the Buckeyes.

Dobbins currently has 4,113 rushing yards, putting him 1,476 behind Griffin, meaning that the third-year running back will not make it atop the list unless he decides to come back for his senior season.

The four touchdowns gives Dobbins 41 (36 rushing, five receiving) for his career, placing him tied for No. 6 all-time with Carlos Hyde after passing Tim Spencer and Howard “Hopalong” Cassady, who each had 37.

Dobbins is up to 1,657 rushing yards this season, putting him already at No. 6 all-time for yards on the ground in an individual season in Ohio State history. He is only 271 yards away from passing Eddie George (1,927 rushing yards) at the top.

At his current pace, Dobbins is set to hit 1,933 rushing yards in 14 games, and, if the Buckeyes were to make the national championship, he is on pace to become the first Ohio State back to surpass 2,000 rushing yards (on pace for 2,071) in a single season.

Sophomore quarterback Justin Fields also had a four-touchdown performance, with all of his scores coming through the air on 302 yards, while completing 16 of 25 passes.

The game was Fields’ second 300-yard passing game of his collegiate career, the first of which came when he threw for 305 yards and four scores against Rutgers.

Fields now has 37 passing touchdowns, 10 rushing touchdowns and just one interception on the season. He passed J.T. Barrett’s number of 36 passing scores against the Wolverines to move into No. 2 all-time in program history, trailing only Dwayne Haskins, who had 50 in 2018.

The sophomore quarterback’s 47 total touchdowns also only trails Haskins, who finished with 54 in the 14 games last season, and is tied with Barrett for No. 2 on the all-time list.

Fifth-year senior wideout K.J. Hill only brought in two catches for 17 yards and a touchdown, but it gave Hill 46 straight games with a reception, moving him within two of tying Gary Williams’ streak of 48 games.

Hill will have at least two games to tie the record, and a run to the national championship game would give the redshirt senior an opportunity to surpass Williams and go atop the list.

The two catches also brought Hill to 188 career receptions, which means he is four shy of surpassing David Boston’s 191 career catches, currently the most in Ohio State history.

Ryan Day extended his Ohio State win streak to 15 games, which is the second-longest streak to start a head coaching tenure in school history, only trailing Urban Meyer’s 24-0 start.

With a pair of sacks, the Buckeyes have 49 sacks as a team this season, which is just one shy of the 51 sacks Ohio State got in 2000.

Chase Young did not record a tackle in the game, but his 16 ½ sacks is still the NCAA leader by 2 ½, even though he has only played in 10 games.

The Buckeyes have now won eight straight, 15 out of 16, and 17 out of 19 games against Michigan, moving their all-time matchup record to 51-58-6, the closest it has been since the Wolverines won 13 out of the first 15 games, with the other two outcomes being ties.