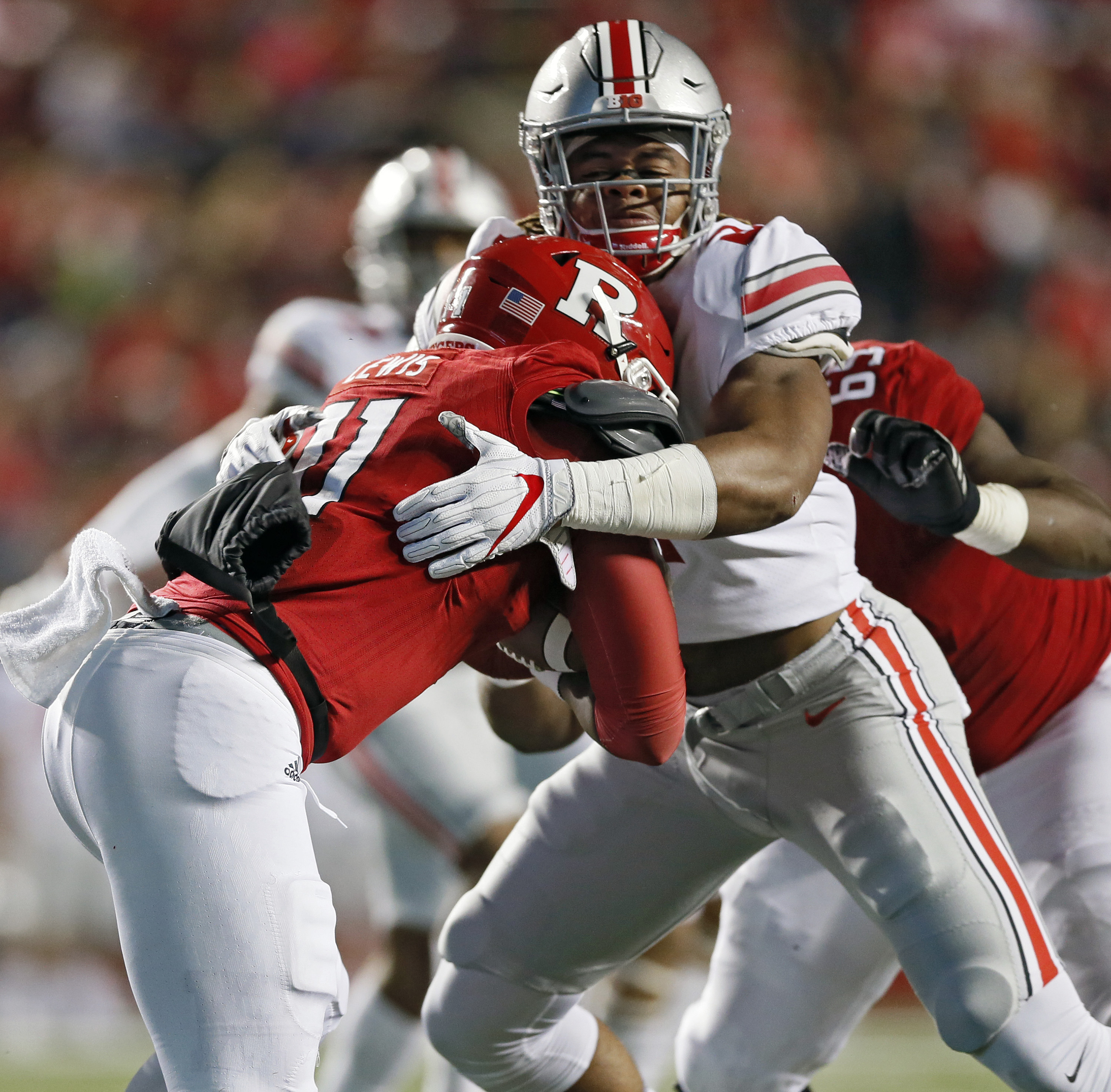 With Nick Bosa out this week due to a lower abdominal injury, sophomore defensive end Chase Young is set to make his first career start.

Young has rotated in on the defensive line throughout his first two seasons at Ohio State, but has never started, as junior Johnathon Cooper started the first three games of this season opposite Bosa. That will change this Saturday, as Young is listed as the sole starter at defensive end on the Buckeyes’ latest depth chart, released Tuesday.

Another notable change on the depth chart was Tuf Borland’s re-emergence as Ohio State’s sole starting middle linebacker. Borland returned to the starting lineup against TCU on Sept. 15 and played well, accumulating five tackles in the 40-28 victory over the Horned Frogs. Baron Browning, who had started in wins over Oregon State and Rutgers while Borland was still coming back from an Achilles injury, is now listed as the primary backup at middle linebacker.

The only other changes on the week four depth chart came at defensive tackle, where Jerron Cage made his first appearance of the season as a fourth option behind Robert Landers, Davon Hamilton and Tommy Togiai. Urban Meyer mentioned on the Big Ten teleconference Tuesday that Landers is “probable” for the game against Tulane, but did not specify what setback Landers might have suffered.

The full depth chart can be seen below.