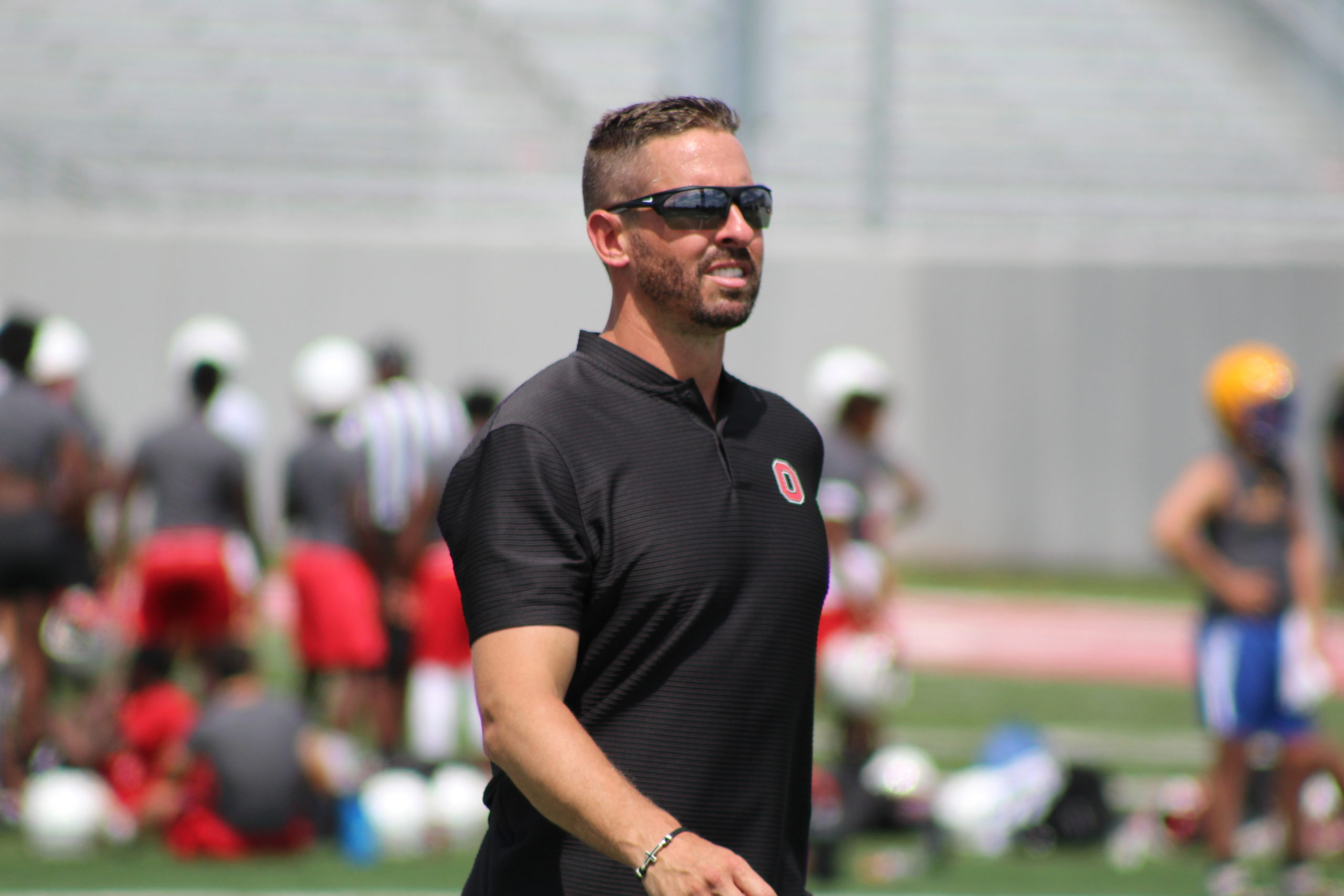 The commitment of Bradenton (Fla.) IMG Academy five-star wide receiver Carnell Tate (6-2, 185) to Ohio State is an important one, but it’s also one of many commitments in recent years by top-level receivers to the Buckeyes.

It continues a strong run of recruiting by wide receivers coach Brian Hartline, who has become a household name across the country not just for the talented receiving corps being put on the field by Ohio State, but for the consistency at which he is able to pull in four- and five-star prospects from every part of the country.

Hartline has coached at Ohio State since 2017 and was promoted to wide receivers coach prior to the 2019 recruiting class signing their letters of intent. The class signaled things to come, as Ohio State secured five-star Garrett Wilson out of Lake Travis in Austin, Texas, the No. 2 receiver in the class.

He then ramped things up in 2020, signing two five-star receivers in Julian Fleming and Jaxon Smith-Njigba. In the modern recruiting era, this is one of just eight instances where a school signed two five-star wide receivers in the same class.

After signing five-star Emeka Egbuka in 2021, Hartline did not sign a five-star prospect in the last cycle, but he more than made up for it by signing four four-star receivers in Kojo Antwi, Kaleb Brown, Caleb Burton and Kyion Grayes, of which Brown and Grayes were top-100 prospects in their own right.

Now, Tate becomes the latest in a long line of high-profile commitments to Hartline. He’s the No. 28 overall prospect and No. 3 receiver in 2023, and so far is the highest-rated commitment in Ohio State’s class.

That said, Hartline may not be done, either. The Buckeyes are in serious contention for Fort Lauderdale (Fla.) American Heritage five-star receiver Brandon Inniss (6-0, 190) and Rolesville, N.C., four-star receiver Noah Rogers in 2023 and are off to a strong start with a trio of 2024 receivers in Miami (Fla.) Central five-star Joshisa Trader (6-2, 170), Opa Locks (Fla.) Chaminade-Madonna Prep five-star Jeremiah Smith (6-3, 185) and Philadelphia Roman Catholic four-star Tyseer Denmark (5-11, 180).

It’s possible that all or none of these receivers could end up in Ohio State’s recruiting classes, but given Hartline’s history, it would be hard to bet against the Buckeyes keeping this current run going.