Carmen’s Crew Returns To Columbus With A 77-65 Win Over No. 16 Mid American Unity 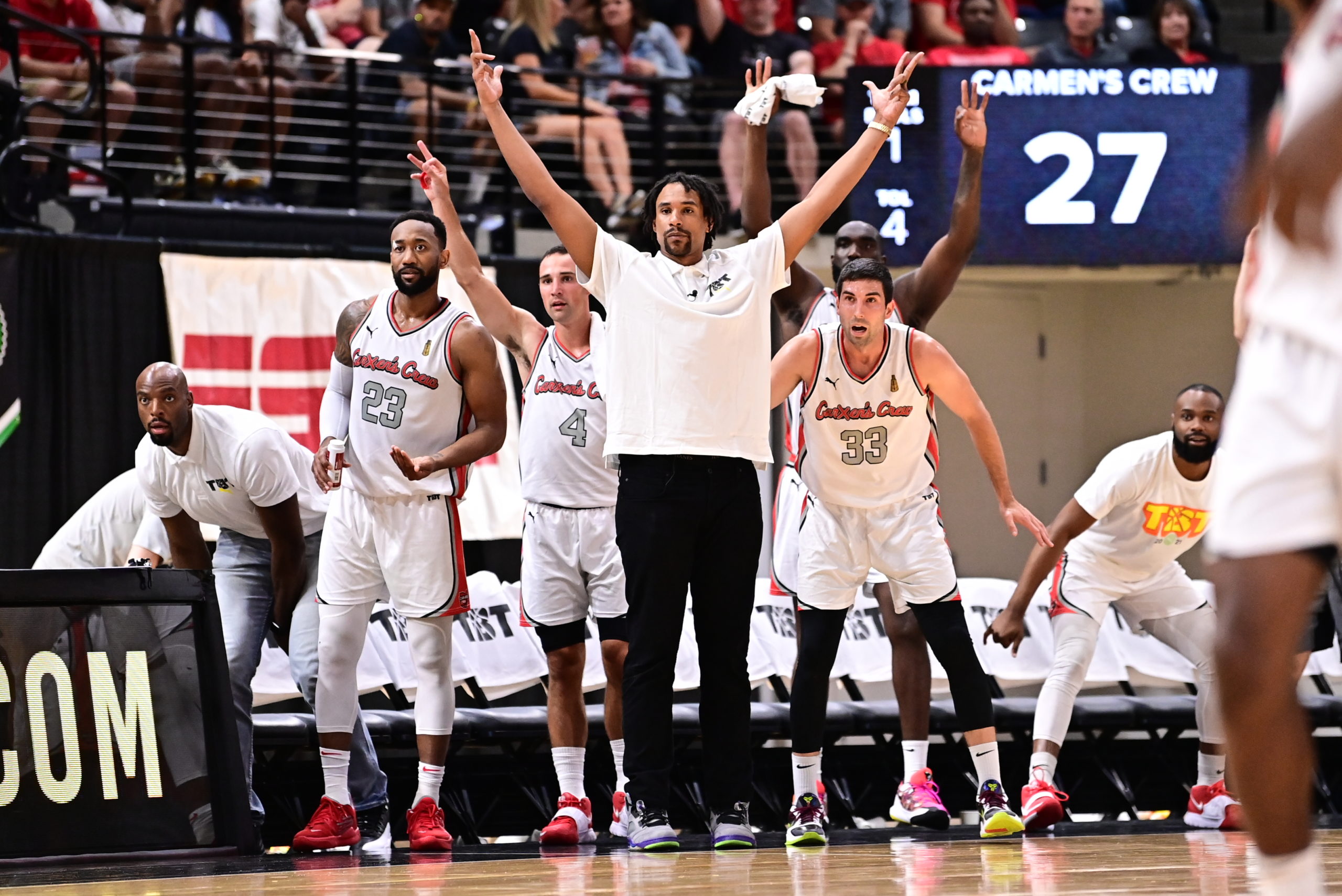 Ohio State certainly hasn’t forgotten some of the heroes of its recent basketball past – a past filled with NCAA Tournament runs, Big Ten titles and a red-faced head coach with a wad of gum always on call. Although Carmen’s Crew general manager and head coach Jared Sullinger keeps a bit cooler of a profile and didn’t look to be working through any Bazooka (at least from the concourse level of the Covelli Center), the nearly 4,000 fans in attendance on Friday night to watch Carmen’s Crew take on Mid American Unity gave him a reception nearly as friendly as they did Thad Matta back in the early 2010s.

His players, which serve largely as a testament to the Matta era of basketball in Columbus, were met with an identical fervor, first during their introductions and then after their first game of 2021 TBT tipped, as the nearly-capacity crowd erupted at every big play, just as they did in the Schottenstein Center for these players as real, NCAA eligible Buckeyes.

Though these players have moved onto the professional ranks, some last suiting up for Ohio State as long as a decade ago in the case of shooting guard Jon Diebler, forward David Lighty Jr. and a few others, they’re still received at home as warmly as they were back then. Whenever TBT comes to town, it almost seems to serve as a reunion, both for these players taking the court together again and for the fans welcoming them home.

It’s quite the effect, creating essentially the only thing resembling a home-court advantage that you’ll find in this tournament –even if it does lend itself to the kind of malaise and comfort that a family reunion after a year away sometimes yields, at least early on in the game. Still when the crowd opened up, later in the game, as Carmen’s Crew looked to get a better hold on its lead, even the current Buckeyes men’s team – nearly all of which was in attendance for the game – couldn’t help but take notice.

For an Ohio State team that hasn’t played in front of a crowd for more than a year and with a roster that has 11 players that have never played in front of fans in the Schottenstein Center as a Buckeye (either because they transferred in 2020 or 2021 or because they were freshmen in 2020), this almost served as a test run, four months out from the beginning of their own season. Sure, the 4,000-seat Covelli Center isn’t Duke on a Tuesday night, but you get the idea. As samples go, you can certainly do worse.

For the players that were on the court for the game, it was a welcome return to the world of spectator sports, too. After a stunning first-round exit as the No. 1 overall seed in front of an empty Covelli Center, Carmen’s Crew certainly felt the impacts of an invested audience as it claimed a 77-65 victory on Friday night.

“It was exciting, man,” Lighty said. “Electrifying. A little bit of jitters, it takes me back almost 15 years to my first game at Ohio State. It felt great to get the win.”

It was closer than expected early on, but the Crew’s ability to string together runs and generate big-time buckets when they needed it felt like a direct result of the energy in the arena. Look no further than a run to open the second half, which saw Carmen’s Crew launch into a 48-40 lead from the halftime tie at 37, forcing a Mid American Unity timeout. That turned into a 57-46 lead at the third quarter media timeout, capped by a Lighty dunk, and Carmen’s Crew was able to roll through the rest of the game and into victory, hitting the Elam Ending target that was set at 77.

The Covelli Center was often nervous early on about its beleaguered former Buckeyes, but entering another year of Carmen’s Crew play, the name almost seems to be missing an interjecting adjective: cardiac. It’s partially due to the competition level, certainly, with no true No. 16 seeds as there are in March Madness, but this roster has a flair for the dramatic. It pulled away a bit in the second half, but that first half showed just how close a lot of these teams are in TBT. These are professionals, and it very much plays like that.

If you look at this performance with a more critical eye, you may raise some questions about the sometimes-spotty spot-up shooting on a roster built around spot-up shooters or the lack of a serious scoring threat from the guard spot – Aaron Craft and Shannon Scott may be older but they certainly haven’t changed a whole lot – but that’s not really what this tournament is for.

Again, it’s a reunion, and much to the delight of the fans in attendance and the members of the team, they’ll get at least one more game to run the glory days back in the Covelli Center, with a 4 p.m. matchup on Sunday against the No. 8-seeded Men of Mackey, a Purdue alumni team.