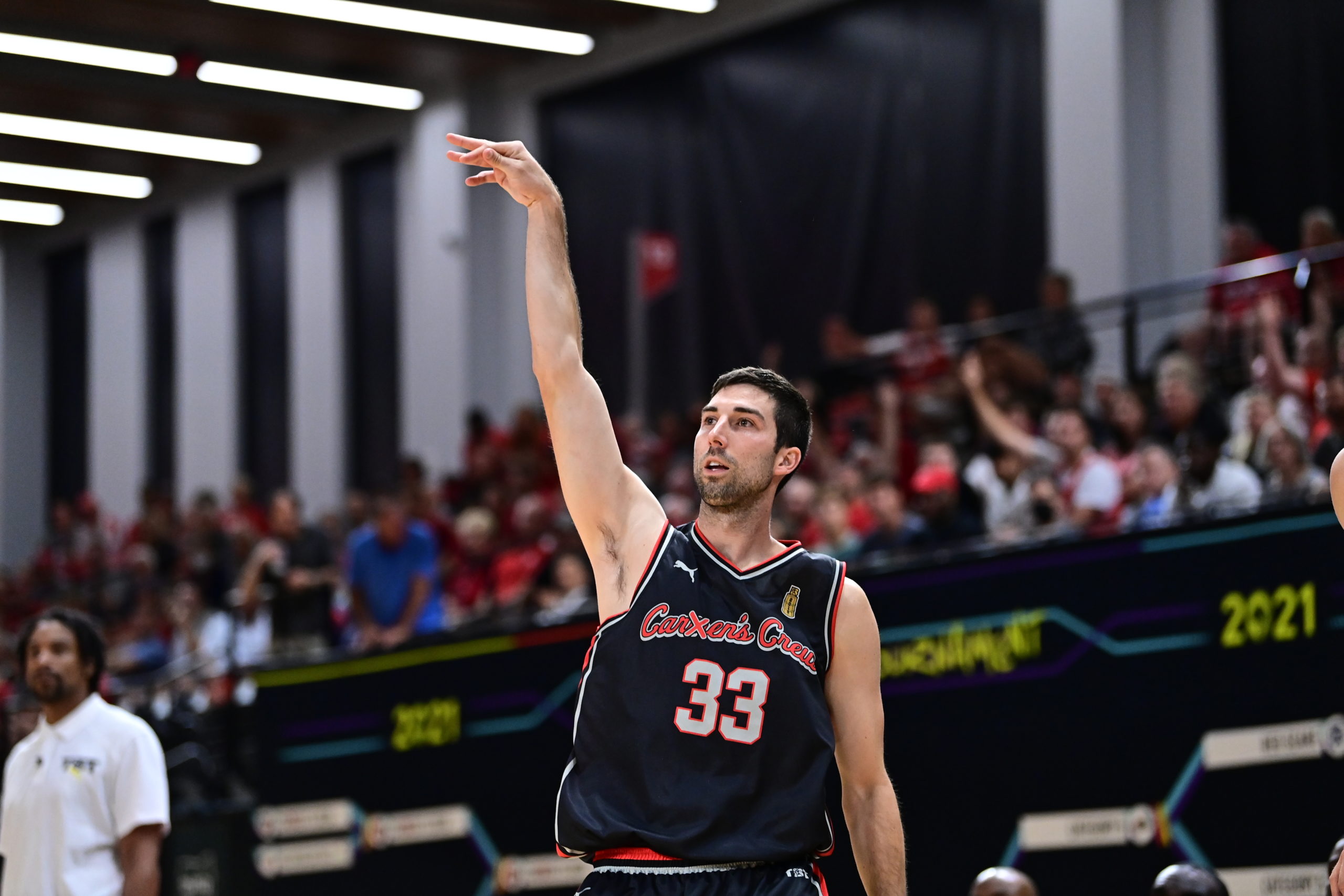 Carmen’s Crew led its third round TBT game against The Money Team by as much as 18 points with 1:58 to play in the third period and appeared ready to glide to another victory, but nine points in the final two minutes of that frame and a fourth-quarter flurry presented more than enough of a challenge for the Buckeye alumni team. Carmen’s Crew couldn’t hold off the late run and fell, 91-89, ending its tournament run in the final game of the Columbus regional.

As he has been for much of the tournament, guard William Buford was the star of the show for Carmen’s Crew, but a second half, injury-induced quiet-stretch couldn’t have come at a worse time. The 2019 TBT MVP put up 15 points on 6-of-7 shooting, but hit just one shot in the back half of the game as he dealt with an injury. Big man Kosta Koufos, who had been a revelation for Carmen’s Crew this season after a first-round exit in 2020, put up 18 points on 7-of-9 shooting. Do-it-all big Jeff Gibbs led the team in rebounds with six and kept his hot hand, adding in nine points of his own for the day.

For The Money Team, it was largely the Xavier Munford and Peyton Aldridge show during the impressive second-half comeback. They combined for 11 of TMT’s 14 fourth quarter points before the Elam Ending set in and 20 of the 42 pre-Elam second half points for the entire team.

Into the Elam Ending, set at 91, Munford and Aldridge stayed hot, with Munford opening play with a layup, nabbing a steal and kicking off a possession that led to a game-tying Aldridge three-pointer. Koufos got Carmen’s Crew its first points since just under the six-minute mark with a layup to reclaim the lead at 85-83, and then a Shannon Scott steal on the other end led to a pair of Lighty free throws on the other end, bringing Carmen’s Crew within four of the win.

Undaunted, TMT drained another three-pointer on the following possession to cut the lead back to one point, reclaiming possession with a steal from a Gibbs pass just a few moments later, taking its first lead since 9-8 with a pair of free throws on two separate fouls, 88-87. However, after a timeout, Koufos quickly got Carmen’s Crew back into the driver’s seat with a short jumper.

A Munford free throw locked the game again at 89, before he drilled a jumper to send Carmen’s Crew home for another year, 91-89.