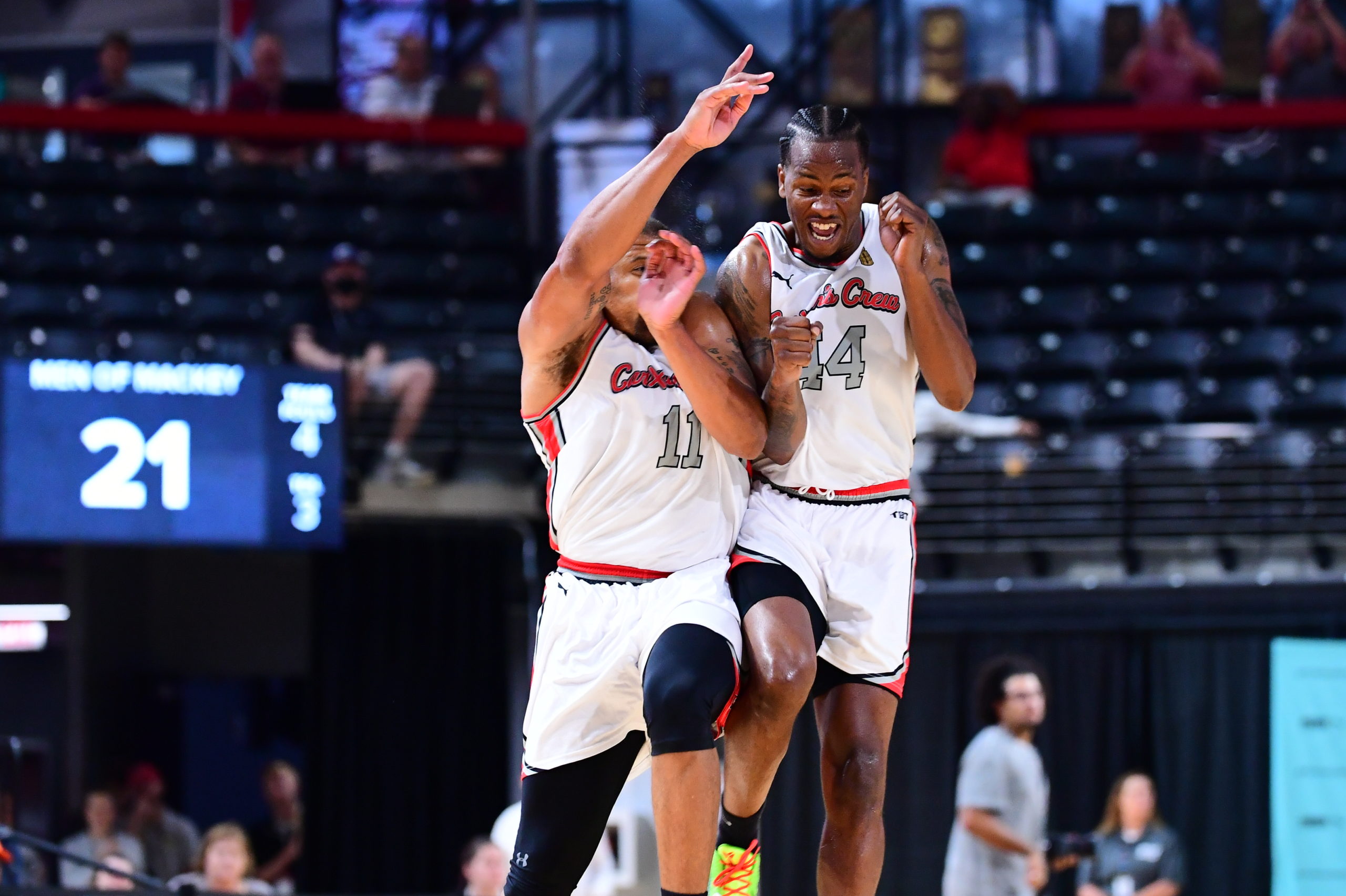 It certainly wasn’t pretty, especially not in the first half, but Carmen’s Crew secured a second win in front of the home crowd at the Covelli Center in Columbus, knocking off the Men Of Mackey, a Purdue alumni team, 80-69 in the second round of the 2021 TBT.

Even though the two sides, which portend to represent Ohio State and Purdue respectively have their fair share of shooters and hoped to be two of the best scoring teams in the tournament (just as Ohio State and Purdue were back in the early 2010s,) this game was messy from the start and really didn’t start to pick up until the second half. Carmen’s Crew entered the break with a 29-21 lead, thanks to seven straight points from Jeff Gibbs, capped by a three-pointer at the buzzer, but the two combined to shoot just 20-of-62 for the first half.

Carmen’s Crew was a bit less ghastly after its late-half run, but the Men Of Mackey just could not get it going, hitting on just 7 of their 28 first-half attempts, kept afloat partially by forward Robbie Hummel, who scored the lone three-pointer of the opening stanza for his side. Seven trips to the line (and six makes) compared to just two for Ohio State (and zero that went in) helped to keep the Men Of Mackey in the game, but that only held for so long.

Into the second half, those discrepancies held true, even as more shots started to fall. The Men Of Mackey, led still by Hummel and point guard Kelsey Barlow worked to cut into the Carmen’s Crew lead, scoring 17 and 18 points respectively as the team’s shooting jumped to 35.8 percent on the game behind a stronger second half, but Carmen’s Crew kept that pace.

Behind 19 points from William Buford, 11 from Gibbs (nine of which came in the first half), 10 from Evan Ravenel and a trio of treys from Jon Diebler, Carmen’s Crew was able to pull away to its victory. It was never seriously threatened in the second half as it outscored its foe for all four quarters and will advance to the round of 16, with its eyes on a second title in three years, winning it last in 2019.