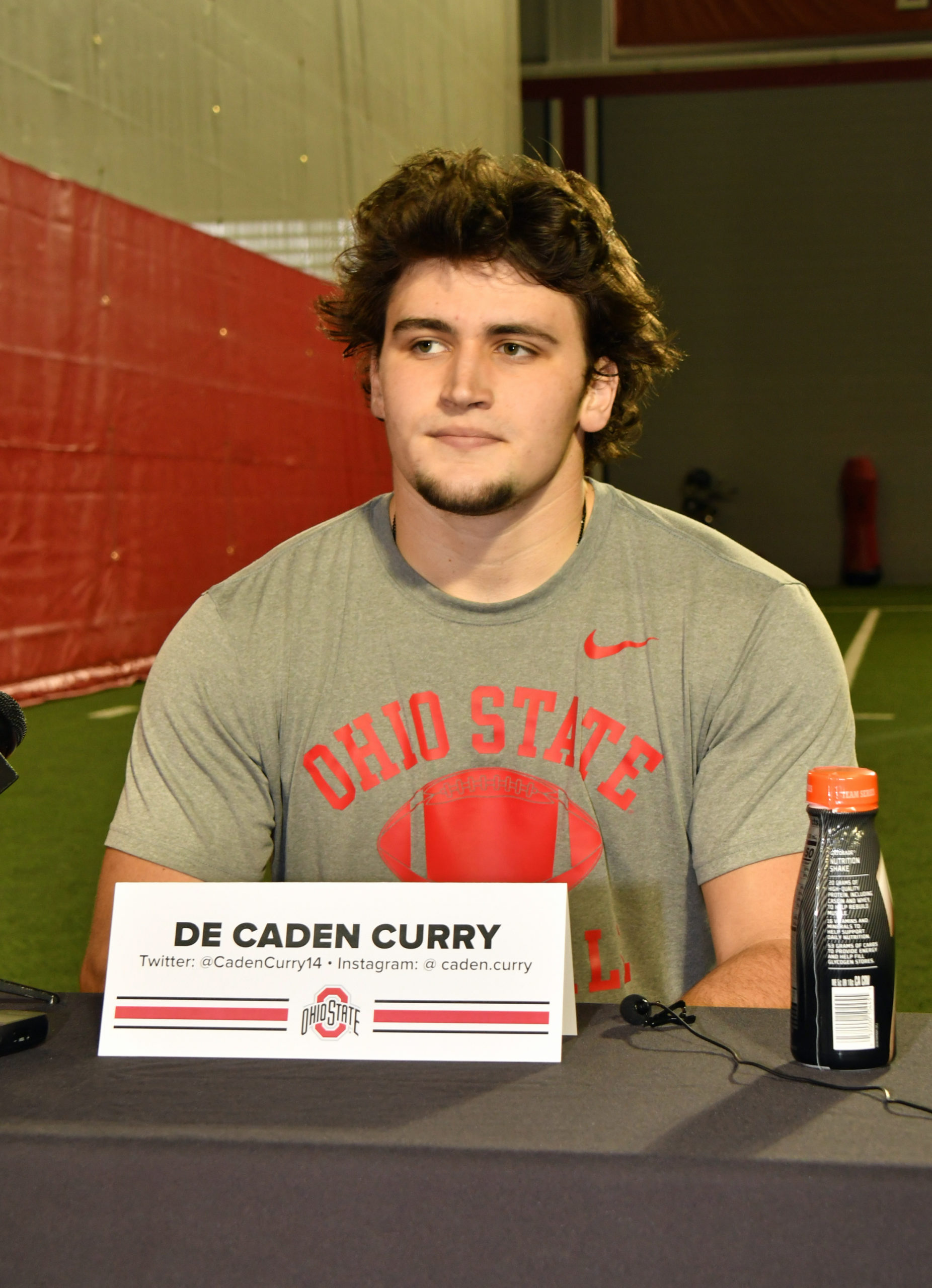 Ohio State’s early enrollees have been on campus for just a couple of months, but two – defensive end Caden Curry and safety Kye Stokes – have already impressed, losing their black stripes within the past week.

The loss of a black stripe indicates that an incoming freshman – or transfer, in the case of safety Tanner McCalister who has already shed his black stripe – is now an official member of the team. With 13 spring practices under their belt when head coach Ryan Day spoke on Wednesday, he said it’s “so far, so good” with Curry and Stokes.

“Caden plays with a high motor. He’s a really good football player. He plays a lot bigger than he is,” he said. “They’re really intelligent. You know, (he has a) quick twitch. I think he’s gonna be a heck of a football player.

“Caden’s got a really high ceiling, his movement is excellent, his range, his ability to change direction, his ball skills, covering skills. We’ll see how he tackles in a game.”

Stokes, meanwhile, has shown “a lot of energy” while trying to crack into the rotation of safeties.

“Kye Stokes, the first thing you notice is a smile and his attitude every day is just excellent,” Day said. “It’s just contagious. I mean, he constantly just shows a lot of energy.”

Practice is one thing, though, and they will get their first true audition in the spring game on Saturday. With the first-stringers likely to get no more than a couple of series, it’s a chance for the early enrollees to show out in front of a packed Ohio Stadium.

“What you see in practice, and typically early on, they get a little nervous in the first time out there, but they settle back into their training,” Day said. “And that’s what we always say, you always revert back to your training, and when you’re in environments like that with high stress.”

“It’s rare that all of a sudden you get into the stadium and you start to see something that’s completely different than what’s happened before,” Day said. “Some guys struggle with that, and we try to help but for the most part they’re going to go back to how they are training themselves during practice when you put it out in the field. We call that competitive excellence so once you get out there, you’re really able to do it. And the more you do it, the more confidence you can have when you’re out there. And so I expect these guys to play with a lot of confidence out there and enjoy the day.”