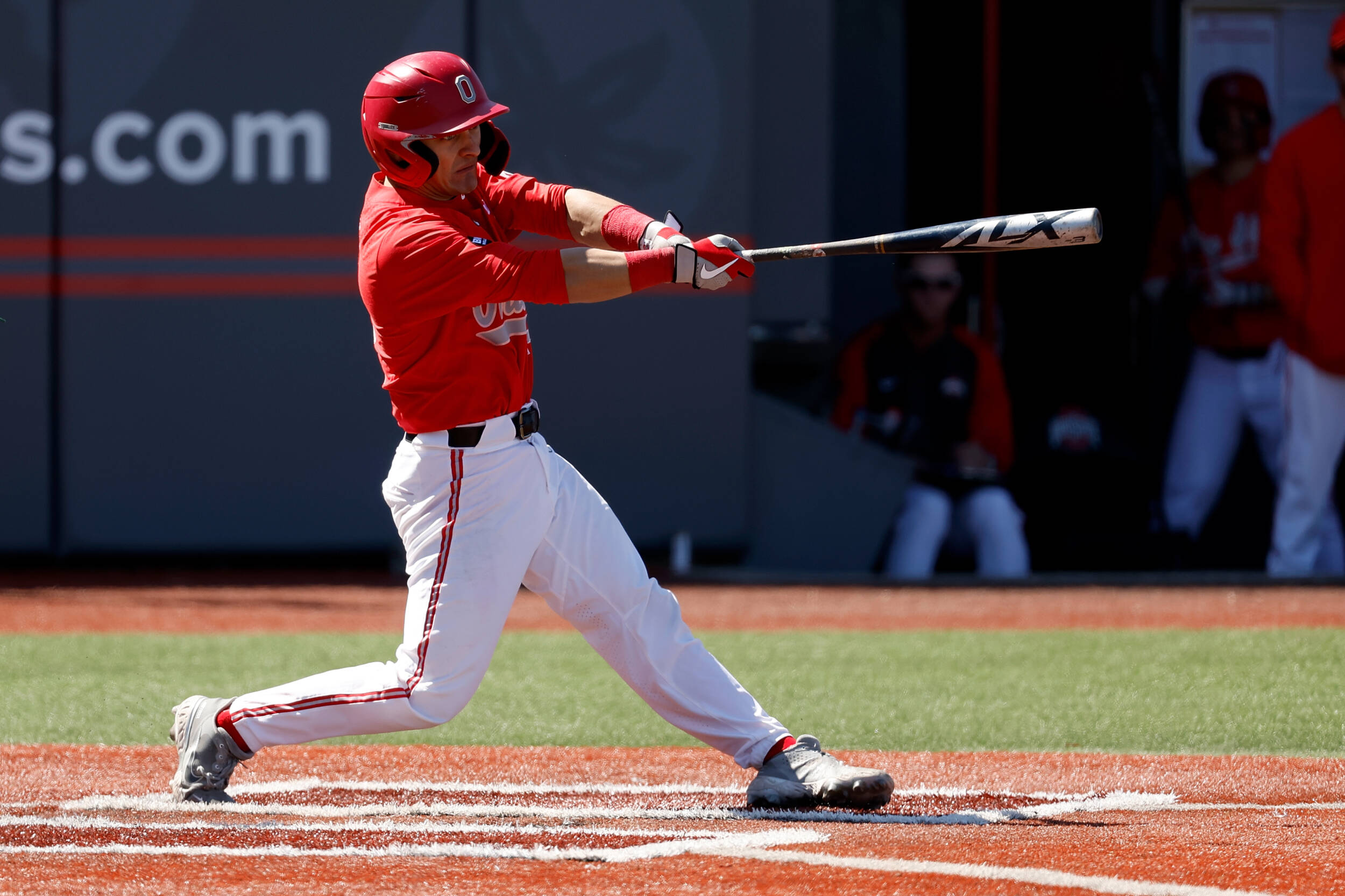 On Tuesday night, Ohio State baseball’s regular season passed its midway point in a loss to Dayton. Now entering the latter half, the team looks to continue its Big Ten momentum when it travels to Maryland this weekend.

The Buckeyes (11-18, 2-5 Big Ten) will hit the road on Friday morning for a three-game series with the No. 24 Terrapins (26-7, 4-2 Big Ten). In its last conference series, Ohio State took two-of-three games from Michigan State at home, outscoring the Spartans 29-22 in the contests.

The Buckeyes will be short-handed against Maryland and will be for the rest of 2022. On Thursday, head coach Greg Beals announced that infielder NIck Irwin will miss the remainder of the season with a shoulder strain that will require surgery. He also told gathered reporters that infielder Colton Bauer is in a walking boot awaiting test results for a potential long-term foot injury.

“I was eager to settle in with a lineup, but we’ve had some guys out that have caused problems from a consistency standpoint, and that’s a great challenge,” Beals said. “I’m still battling to find the best lineup. Some of the decisions are made for me because of some people being available and unavailable.”

Beals said the Buckeyes’ mentality is “next-man-up” and that his clubhouse will need to search within themselves to win games without several key contributors in the batting order and on the field. He named Trey Lipsey, Marcus Ernst, Kade Kern and Zach Dezenzo as players he will turn to when his team needs a hit or an out.

Lipsey won the Big Ten’s Freshman of the Week award after hitting .600 last week with two doubles, a triple and five RBIs. His .322 batting average is second on the team behind infielder Ernst (.380) and is fourth in the conference with a .483 on-base percentage.

“We were excited about him in the recruiting process,” Beals said. “He’s a great athlete and has dynamic skills. He’s got a little bit of power and speed in the batter’s box. Trey presents many opportunities for himself with those tools. Early in the fall, he started showing us that he was ready. We know that he’s talented, and you never really know if rookies will land on their feet, but he’s been ready.”

Ernst is fourth in the Big Ten with a .380 batting average and third in the league in on-base percentage at .486. When the Dublin, Ohio, native isn’t putting the ball in play, he records walks at a high rate. Ernst has reached base safely in 27 of 29 games this season for the Buckeyes, making him a reliable leadoff hitter for Beals.

“Marcus does everything right,” Beals said. “As a student-athlete — academically, athletically, as a person — Marcus is everything we need. He’s rock-solid on the baseball field. In everything Marcus Ernst does, he puts himself in a position to succeed.”

Kern has a hit in 10 of his last 11 games, including multiple hits in eight of those games. He is on a four-game hit streak and has reached base safely in a career-high 12 consecutive contests. Senior infielder Dezenzo had six hits against Michigan State and improved his batting average to .267 this season. He is four hits away from 150 in his Ohio State career.

Maryland comes into the weekend with wins in six of its last eight games. The Terrapins are the No. 24 team in the NCAA Division I poll and rank 21st in the nation in RPI, which measures a program’s strength of schedule and record.

This season, Maryland has 52 home runs through its first 33 games. Maxwell Costes leads the Terrapins with 11 homers and Chris Alleyne has 10, giving them the second and third-most long balls in the Big Ten this year. As a team, Maryland has a .292 batting average.

Maryland leads the all-time series 12-8-1. Last year, the teams split a two-game series in Columbus, and the Terrapins won all three contests in College Park, Md.