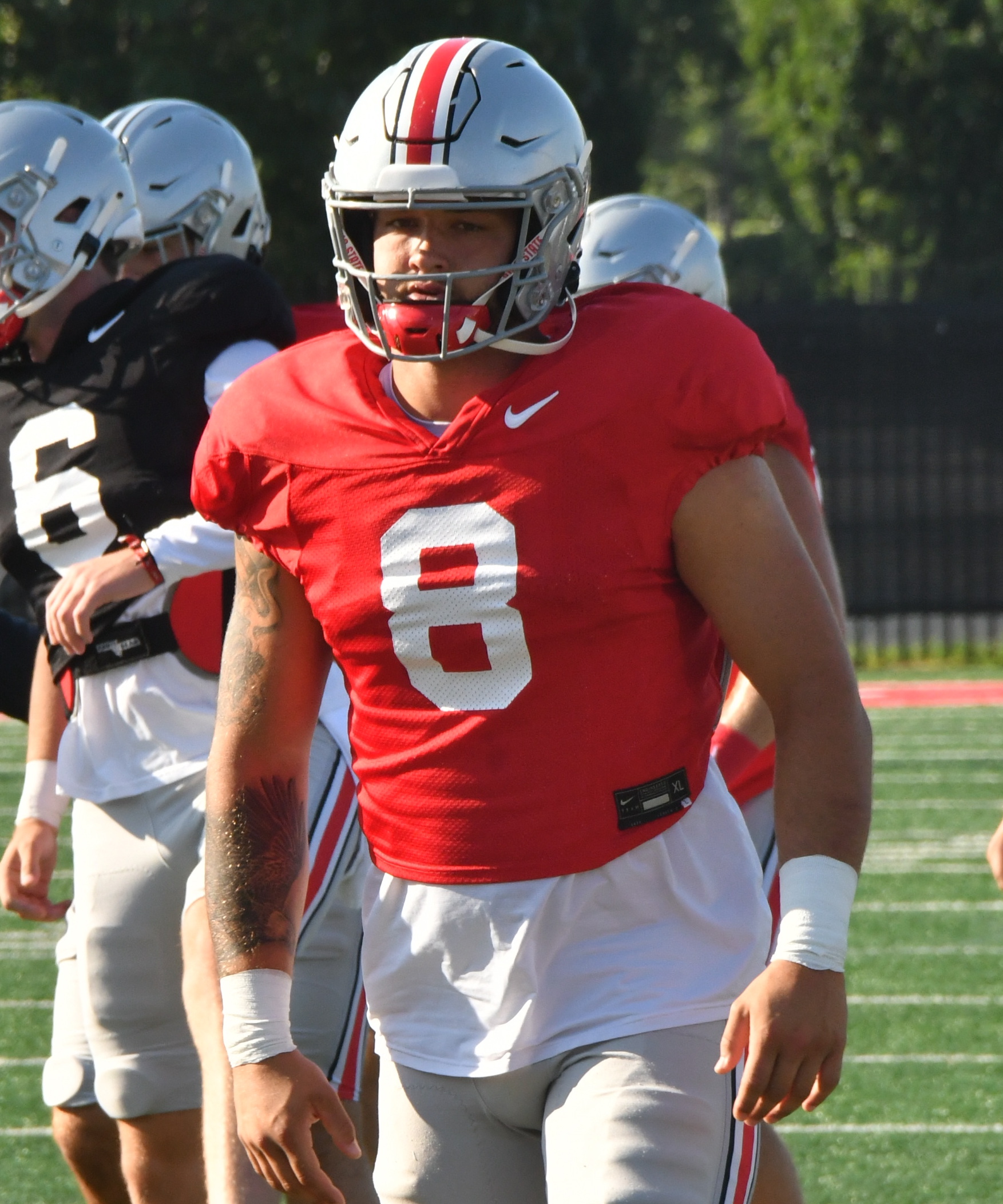 Although Cade Stover has bounced between linebacker and tight end during his four years at Ohio State, he has emerged as one of the Buckeyes’ most prominent leaders ahead of the 2022 season.

Stover was named one of Ohio State’s six captains for the 2022 campaign on Sunday, voted to the position by his teammates. Although he has struggled to find his role on the field to this point in his collegiate career, he has left a strong impression on his peers during the offseason.

“He’s a dude that I would want in my foxhole,” graduate tight end Mitch Rossi said on Monday. “He’s not going to blame me for something or throw me under the bus, we’re working together out there, and I can trust him. It’s great.”

For the Mansfield, Ohio, native, the new-found leadership position is something that he is not taking lightly. Stover said Monday that his status as a team captain “still hasn’t hit” him yet, but cited his love and passion for his teammates as a motivating force for his leadership style.

In terms of how he intends to lead in the captain role, Stover said he wants to help instill an edge within the Ohio State locker room.

While Stover now serves as one of the Buckeyes’ six captains, he pointed to former two-time captain Jonathon Cooper for motivating him when he was a freshman and inspiring him to be more vocal in the locker room.

“When I was a freshman coming in here, I was like ‘Damn’. I just tried to model everything I did after him,” Stover said. “I would just look at that dude and be like, ‘I need to be like that guy.’ I would watch what he did, how he would handle things, and see how he would talk around the team. That’s just what I’ve tried to do.”

Since his freshman season, Stover has spent time at linebacker and tight end while trying to find his permanent spot on the field. It appears Stover has found his home as a tight end, playing the position for a majority of the offseason.

With attention to his elevation to captain, Stover mentioned that it was difficult to be leader while bouncing from position to position. Now that he has solidified himself as a tight end, he added that it has become easier to lead.

“It’s kind of hard to lead when you don’t really know what’s going to come next or where you’re going to play next,” Stover said. “Once I got comfortable, I found a little bit of a route here for me and it felt good. That’s kind of when it really clicked.”

Offensive coordinator and tight ends coach Kevin Wilson predicted big things for Stover on the field in 2022, while adding that his leadership will be just as impactful.