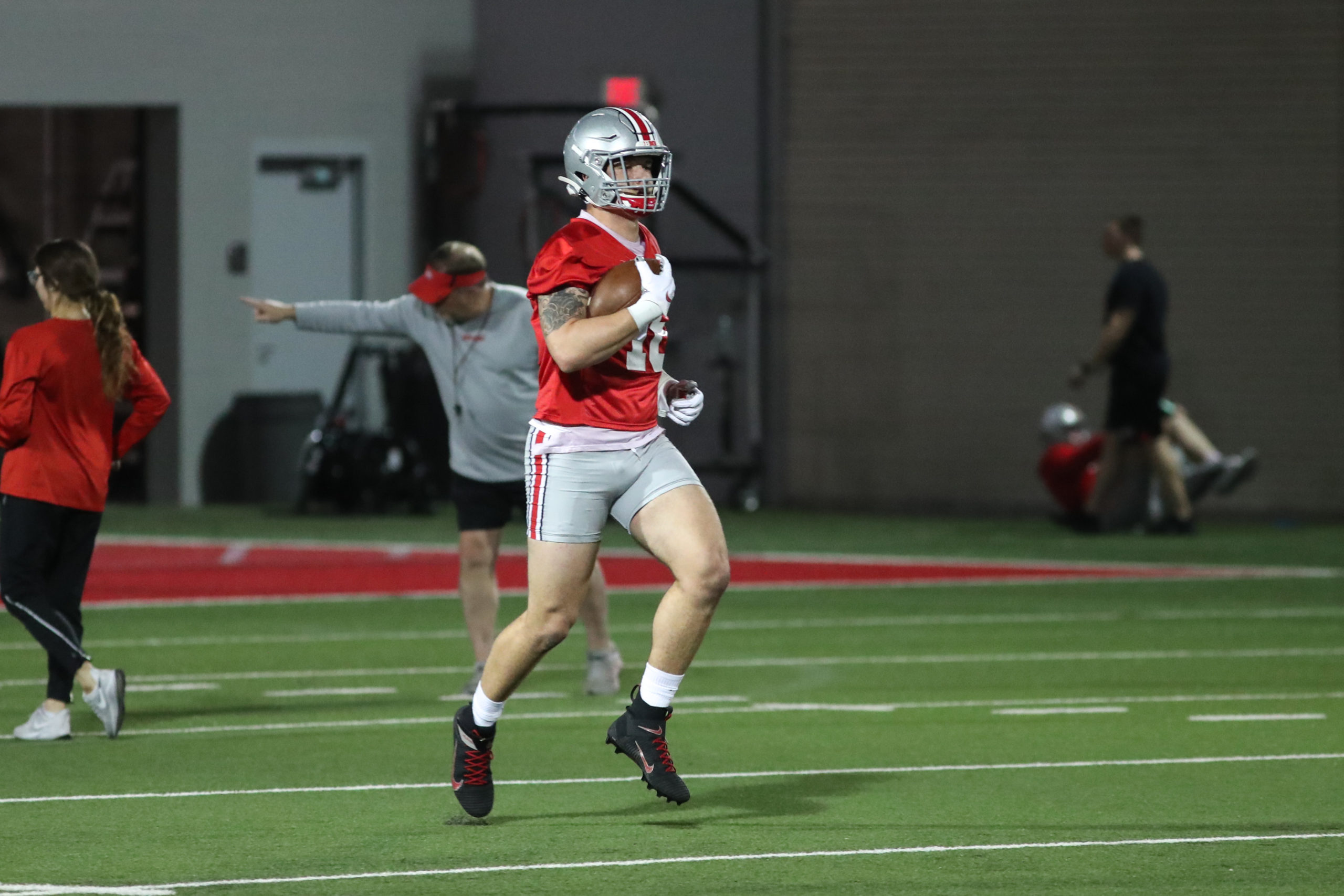 Ohio State junior Cade Stover, who has split time between defensive end, linebacker and tight end during his career with the Buckeyes, was working with the linebackers to begin spring practice on Tuesday.

Stover was recruited as a linebacker in 2019 and transitioned into a defensive end for his first season before moving into the tight end room for the past two seasons. In two seasons with the offense, Stover caught five passes for 76 yards, but he moved back to linebacker in the Rose Bowl with low numbers at the position for Ohio State.

Now, having spent his collegiate career moving around, it appears Stover, who donned the No. 16 in practice, is finally settled in at linebacker.

“I think he is wired to play defense,” head coach Ryan Day said Tuesday. “If you asked him what he wanted to do, it would be defense. But he also wants to have a major impact on the team. I’ve always felt like you want to allow the opportunity for guys to choose where they want to play because they put their whole heart into it.”

Stover was excited after the Rose Bowl at the possibility of staying at linebacker for this upcoming season and said that it felt great to play on defense again.

“There’s so much emotion pent up into that,” Stover said. “I can’t even begin to tell you how good it felt.”

While Stover is practicing with the linebackers, Day said it’s not out of the question that he could see time at tight end.

“I think he is trying to figure out how he could fit into the scheme,” he said. “We’ve gone back and forth on that. He may come over to tight end and do a little bit of work there as we go. He’s trying to figure that out still, which side he wants to play.”

Defensive coordinator Jim Knowles did not mince words, saying that he expects Stover to be a significant contributor on defense this season.

“He’s a guy that we need to give a job to,” Knowles said. “He’s a frontline guy. Put him on the attack, whether that’s from the linebacker position or up close to the ball. He’s a guy that I’m counting on to be a part of the defense.”

While either side of the ball would like to have Stover, the decision will rest with him as Ohio State continues spring practice.