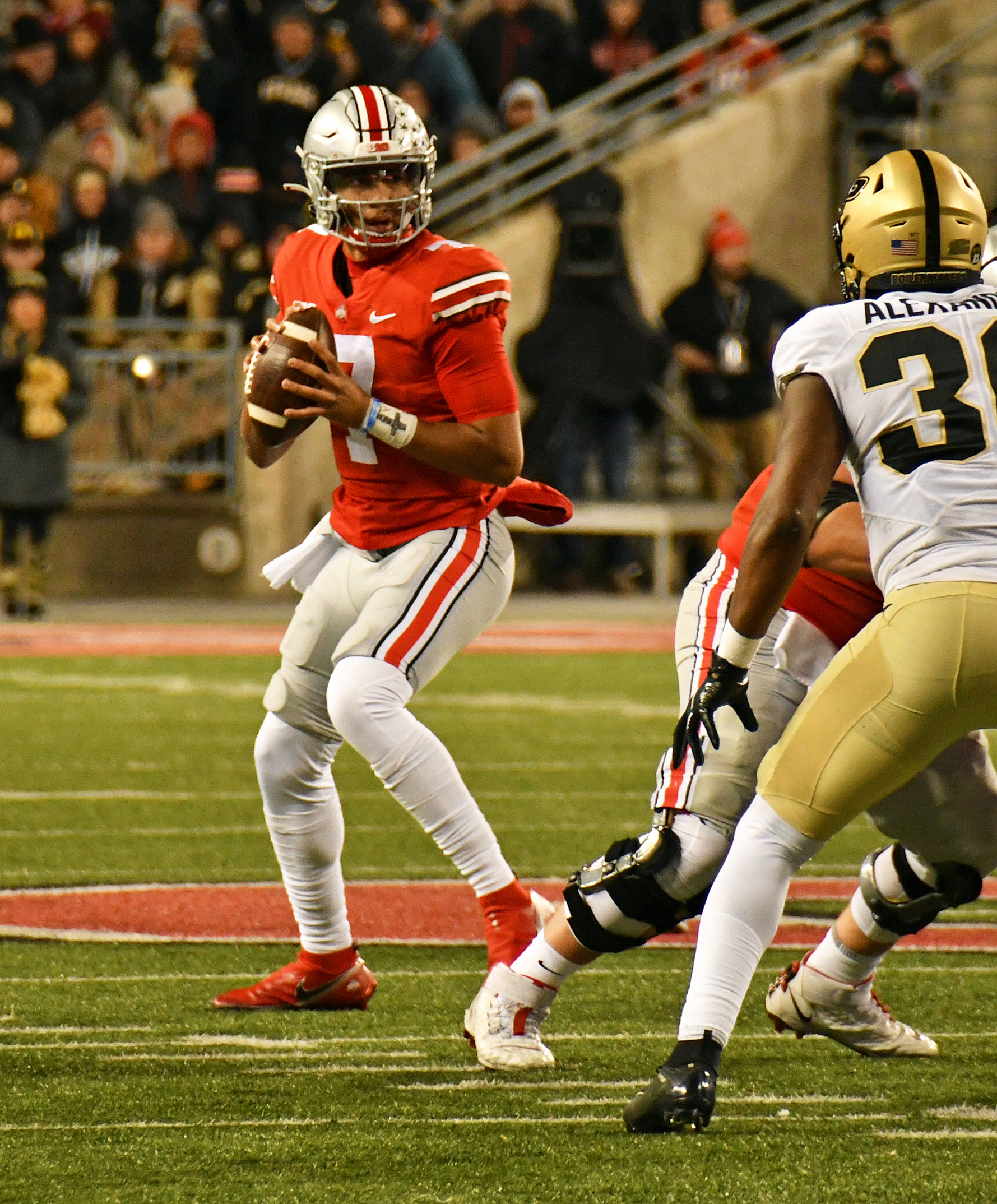 Ohio State quarterback C.J. Stroud is headed to New York, as he’s been named one of four finalists for the Heisman Trophy.

Stroud started 11 games for Ohio State in his redshirt freshman season, throwing for 3,862 yards and 38 touchdowns while completing 70.9 percent of his passes, all among the top marks in the nation. Additionally, his passer rating of 182.2 ranks second in the country.

This marks the third time in four years that Ohio State has a finalist for the Heisman. Dwayne Haskins was a finalist in 2018, and both Justin Fields and Chase Young were named finalists in 2019.

Ohio State’s history with the Heisman Trophy dates back to 1944, when quarterback Les Horvath won. The Buckeyes would go on to have six players (Vic Janowicz, Howard Cassady, Archie Griffin, Eddie George and Troy Smith) win seven trophies, tied for the most all time with Notre Dame and Oklahoma.

Even if Stroud does not win the Heisman, he’s collected a number of other individual awards, including Big Ten Offensive Player of the Year, Big Ten Quarterback of the Year and Big Ten Freshman of the Year. He’s also been named a finalist for the Manning Award and the Davey O’Brien Award.

Stroud will be joined by Alabama’s Bryce Young, Michigan’s Aidan Hutchinson and Pitt’s Kenny Pickett. As of Monday evening, Young is the heavy betting favorite to take home the trophy.

The winner will be announced Saturday at 8 p.m. on ESPN.