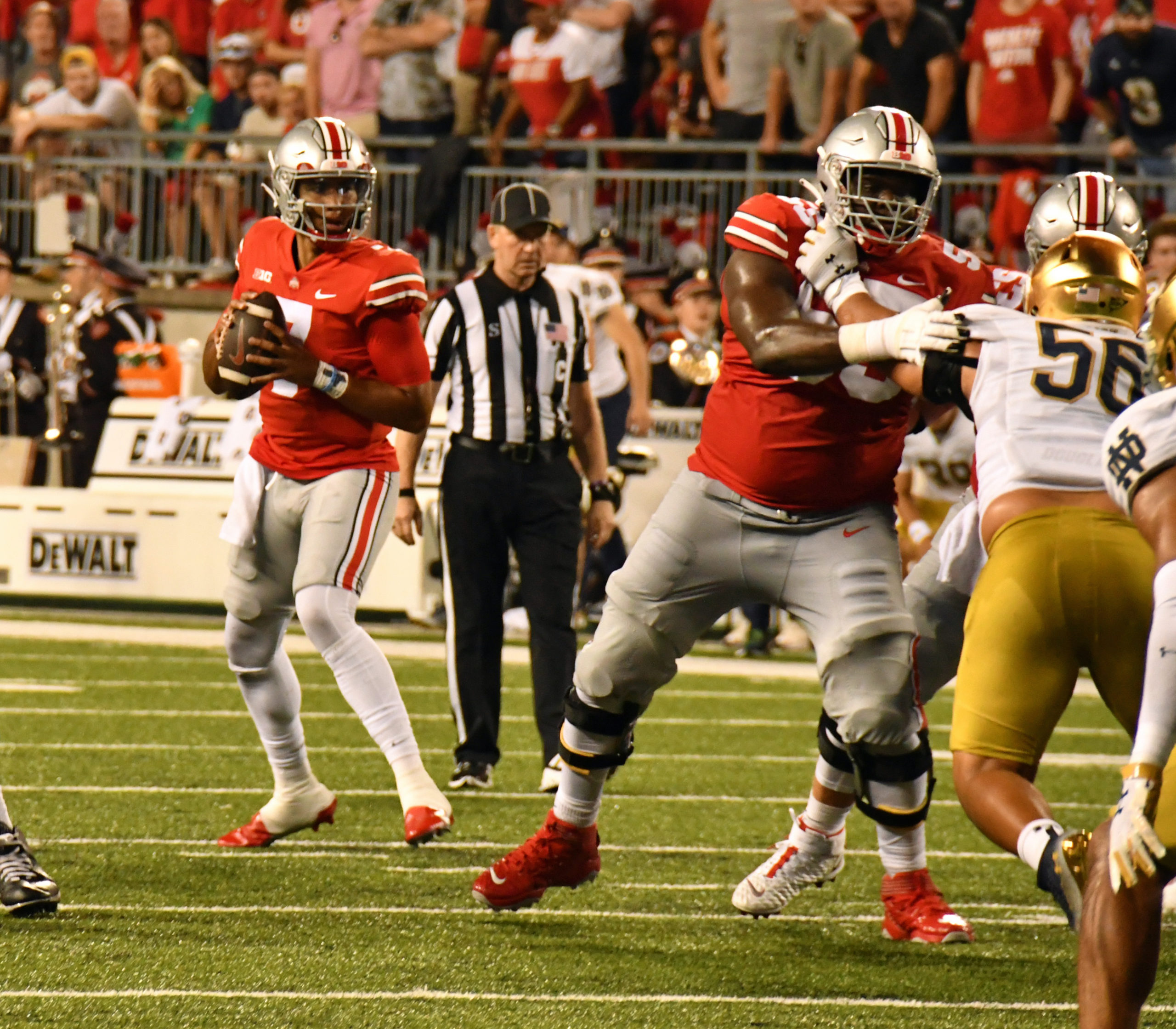 There’s a number of statistical and semantic arguments as to why Ohio State third-year quarterback C.J. Stroud is one of the best signal callers in the country.

He posted just the second 4,000-yard passing season in Ohio State history in 2021, completing 71.9 percent of his throws on his way to becoming a Heisman Trophy finalist. Many draft experts have him going in the top five of the 2023 NFL Draft, some even have him No. 1.

Watching him throw the ball, his touch, accuracy and ability to throw off-platform stand out. But there’s another factor that Stroud touched on Tuesday that contributes to his game — his preparation and recall. He broke down some of his film study for the upcoming Wisconsin game.

There’s a couple of tells when it comes to quarterback preparation, namely the avoidance of mistakes. To this point in his Ohio State career, Stroud boasts 55 touchdown passes against a mere six interceptions.

Stroud shows an excellent memory in describing a lot of those key throws as well. He broke down one of his touchdown tosses to third-year wide receiver Julian Fleming against Toledo in Tuesday’s press conference.

“I thought it was too late, and the safety started to creep back from the right side. That’s why I went to Julian, he ran a good route but a flat defender took that away, then a man defender ran with Miyan (Williams). I tried to do my best just to extend the play and just roll to the right, try to see where my options are at, make people miss if I had to. Then I see Miyan trying to box out his defender, like it’s basketball, which is funny.

“Then Julian is running his route, his guy slips and goes back out like he’s running a corner, then out of the side of my eye I see Marvin (Harrison) just hollering, because he was on the other side on a slant, and he just kept hollering. He was hollering, hollering. So I saw Marvin, I saw Julian, and I was like, ‘Man, I don’t know.’ Then by the time I threw it, Julian got it.”

Catch all that? It all occurred in Stroud’s mind in a six-second window from him catching the snap, scrambling and throwing the five-yard touchdown pass.

His ability to see the field, process and make plays based on preparation is the key to his play behind center, Stroud said. He was asked if he could recall the exact circumstances surrounding touchdown passes from previous seasons.

“I probably could,” Stroud said. “(Los Angeles Rams Coach) Sean McVay is really good at that.

Stroud will get another chance to showcase the benefits of his study habits against Wisconsin Saturday.