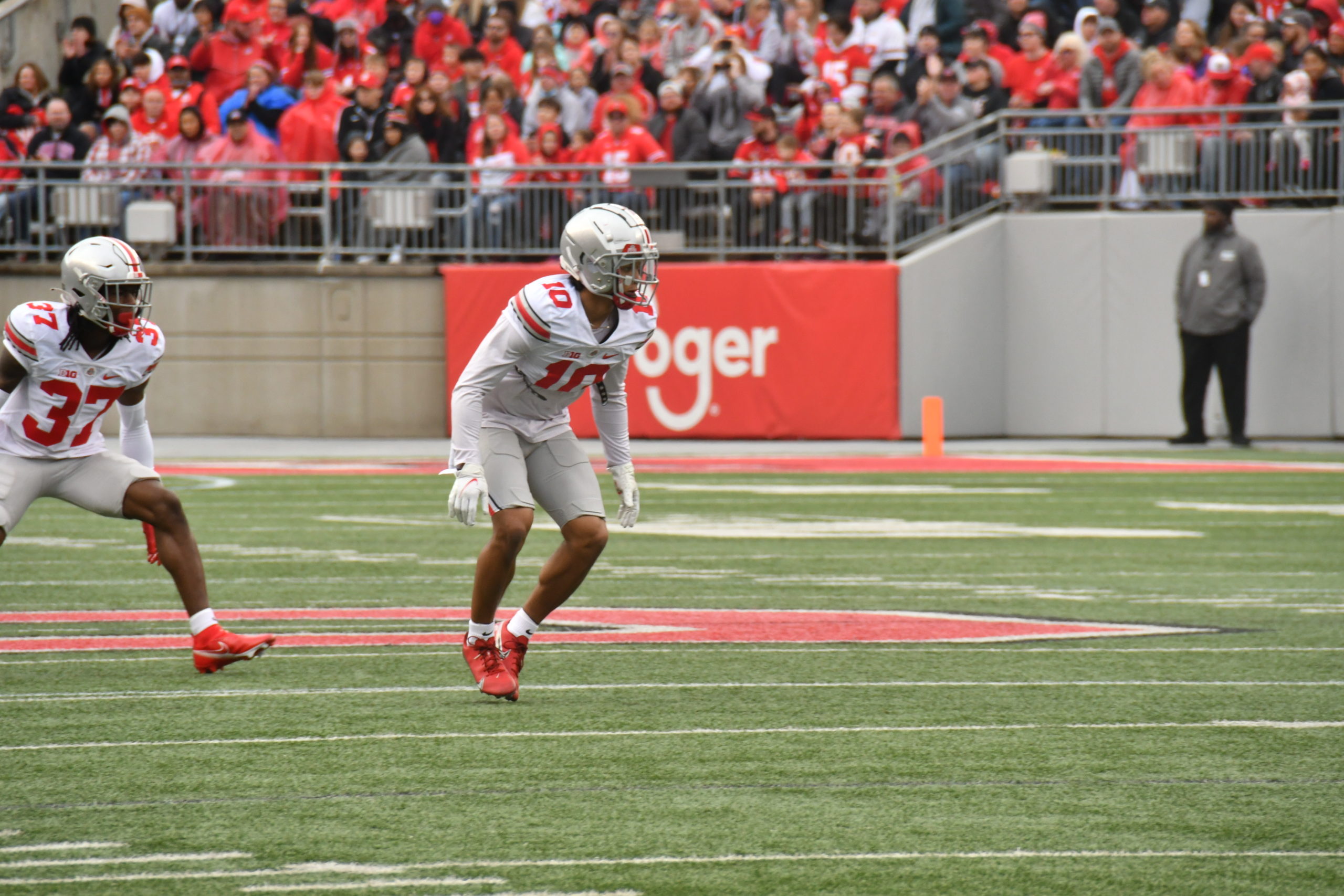 After it became known to the team that graduate Tanner McCalister, Ohio State’s normal frontman at the position, would be unavailable against Toledo Sept. 17, Martinez received word that he’d be starting against the Rockets.

“I think that’s why you come here,” Martinez said. “You go through all those things (in the offseason), trials and tribulations and just to be able to let it all out on the field, just have fun. For a minute I had to kind of take a moment, just to see what was around me. Just like the atmosphere and the environment, I was just taking that all in as well.”

Behind its regular starting trio of McCalister, fourth-year Ronnie Hickman and fifth-year Josh Proctor, Ohio State head coach Ryan Day feels confident in the storeroom his team has at safety.

“We do have some depth at that position, which I think is going to be important as we head into conference play,” Day said.

Martinez graded out a champion against Toledo, picking up four tackles, three solo.

Proctor missed a tackle on the first play for Ohio State’s defense against Notre Dame in week one, Ransom swapped in and played well enough to stay on the field the remainder of the game. He collected seven tackles, six of them solo.

With Proctor out against the Rockets, Ransom collected a team-high six takedowns.

“We’ve been bullish on Lathan from the time he first showed up in practice, because he was hurt,” Ohio State defensive coordinator Jim Knowles said. “He just gets better every week. Can now play multiple positions. Just helping the defense more and more as he continues to learn, but (I) love the way he plays.”

That all goes without mentioning third-year safety Kourt Williams II, a team captain, or talented freshmen such as Kye Stokes and Sonny Styles.

With conference play opening for the Buckeyes this week, having a deep well of safeties to turn to in a defense Knowles has stated multiple times to be driven by them is a major team strength.