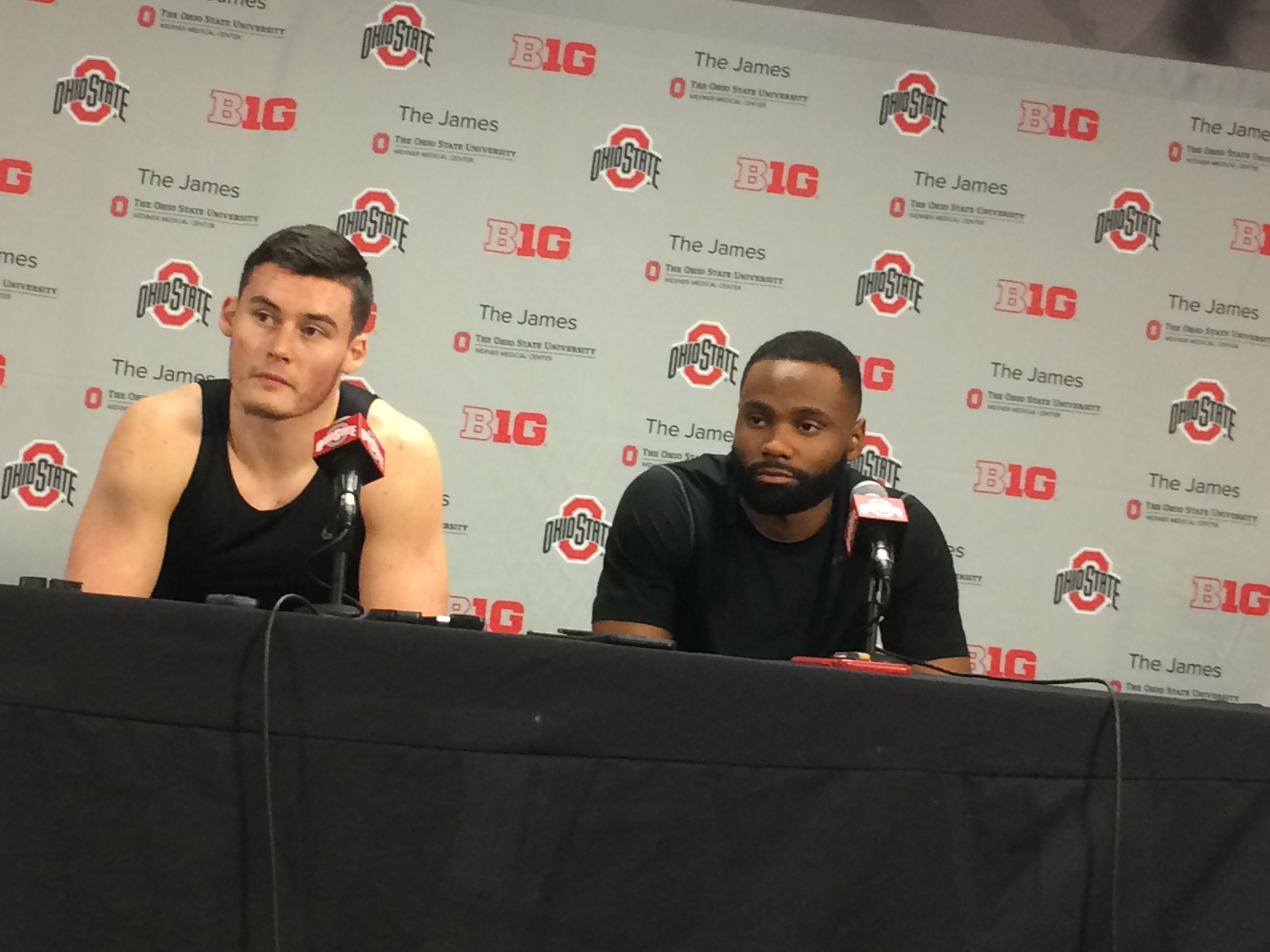 Two days before Ohio State was set to open the second year of the Chris Holtmann era, the Buckeyes were made aware that one of their teammates would not begin the journey with them.

The program announced Monday that junior center Micah Potter had elected to transfer out of the program, just more than 48 hours before the Buckeyes open the season at Cincinnati.

On Tuesday, graduate senior Keyshawn Woods said he and his teammates were “shocked” at the news of Potter’s decision, which was relayed to them by Holtmann before practice on Monday.

Both Woods and Kyle Young, the two players Ohio State made available to speak to the media Tuesday, said they have not spoken to Potter since his departure from the team.

Thank you for everything. I’ll always love you guys! https://t.co/D4nuOqMso4

Holtmann said he wasn’t going to discuss the specifics of Potter’s decision to leave Ohio State, but added that everyone in the program wishes Potter the best with his next step, whatever that might be.

“It happened here recently in the last day or two and we had a really honest conversation,” Holtmann said. “Micah is a great kid and we wish him well in his next move. Generally on transfers, we all know that is very much a part of our game. As a coach you would love to be able to start all 13 guys and have everybody play as much as they want. We know that is not possible. It is our job to try to figure out what we feel like is best at the time.”

With Potter gone, freshman Jaedon LeDee figures to pick up more minutes in the post behind the likes of Kaleb Wesson and Young, who both are expected to start against the Bearcats on Wednesday night.

LeDee, a four-star prospect in the 2018 class, has been praised for his raw athletic ability and knack for rebounding the ball. The rest of his game however, has plenty of room for improvement, and the young forward from Texas will be thrust into a bigger role immediately with Potter gone.

“I think his attitude has been tremendous. He has got to get in better shape and he has to continue to learn what our expectations are and how we want him to play on both ends,” Holtmann said of LeDee. “The thing that translates for Jae right now is, he pursues the ball at a really high level. He always has. He pursues (rebounds) with two hands.”

The Buckeyes are set to tip off the 2018-19 season Wednesday night against Cincinnati at the newly renovated Fifth Third Arena at 6 p.m. The game is set to be televised on ESPN2.