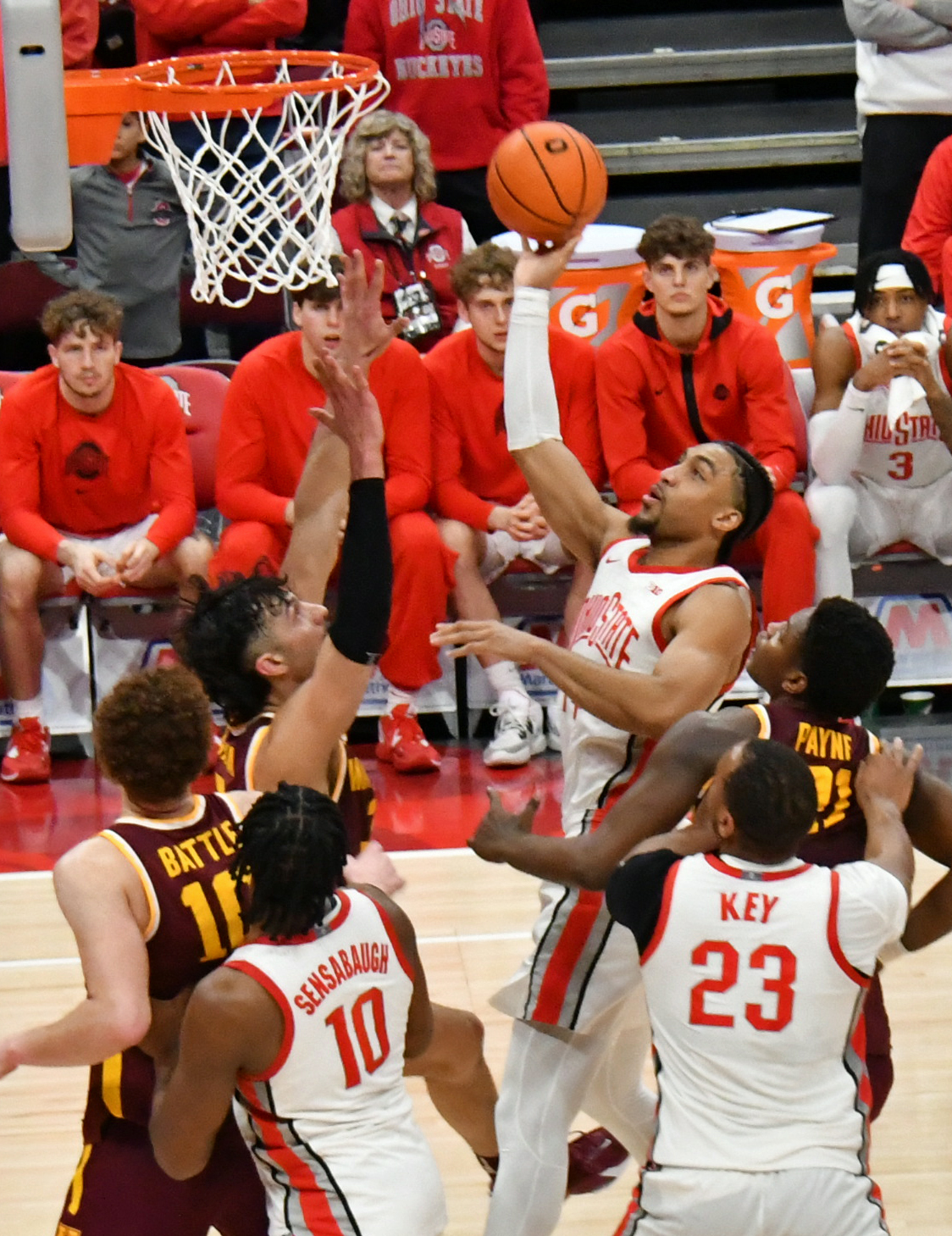 Despite enduring a four-game losing streak, Ohio State still boasts one of the nation’s most efficient offenses in the country — ranking fourth in the nation in adjusted offensive efficiency by KenPom.

Although the Buckeyes still sit among the nation’s best in terms of offensive efficiency, Ohio State has seen noted deficiencies during the recent stretch. As OSU looks to right the ship on Wednesday against Nebraska, head coach Chris Holtmann pointed to several factors that need to improve for his squad’s offense to get back on track.

“We’ve got to make better paint decisions, we’ve got to see the open man quicker and better,” Holtmann said. “(We need to) make cleaner reads in those situations when we’ve created help situations. I think those are the biggest things for us right now.”

Prior to the losing stretch, Ohio State produced 81.0 points per game while shooting a blistering 49.2 percent from the field and 37.5 percent from beyond the arc. While a good deal of the competition wasn’t to the standard that the Buckeyes see every night in the Big Ten, OSU still played against several big-name programs, such as Duke and North Carolina, as well as defensive-minded teams in San Diego State, Texas Tech and Rutgers.

In the last four games, the Buckeyes’ averages have dropped to 68.3 points per contest resulting from a 41.0 percent mark from the field.

“Our offense, this year, has been top-tier across the country,” forward Justice Sueing said. “The past couple of games, a lot of our shots that we usually make just weren’t falling. A lot of the defenses we’ve played have made adjustments to try to put us in those spots where we’re less efficient. But we know that we can make shots, we know we’re a really good offensive team and we know those shots are going to fall.”

The Buckeyes haven’t quite shared the ball at an efficient rate during the losing streak, as well. After registering 11 assists in the 71-69 loss to then-No. 1 Purdue, Ohio State has not reached double-digit assists in each of the last three games — tallying eight, five and seven in their losses to Maryland, Minnesota and Rutgers. Ohio State has also shown a penchant to play more isolation offense and settle for shots earlier in the shot clock than in the early stages of the season.

While the Buckeyes seek a return to the offensive fireworks they displayed earlier in the campaign, Sueing said the unit needs to slow down and play with more control moving forward.

“That’s just a matter of being poised and being under control,” Sueing said. “Sometimes we can get a little sped up, which usually leads to anyone to make any type of poor decision in the paint. It’s just a repetition thing that we’re going to continue to work on.”