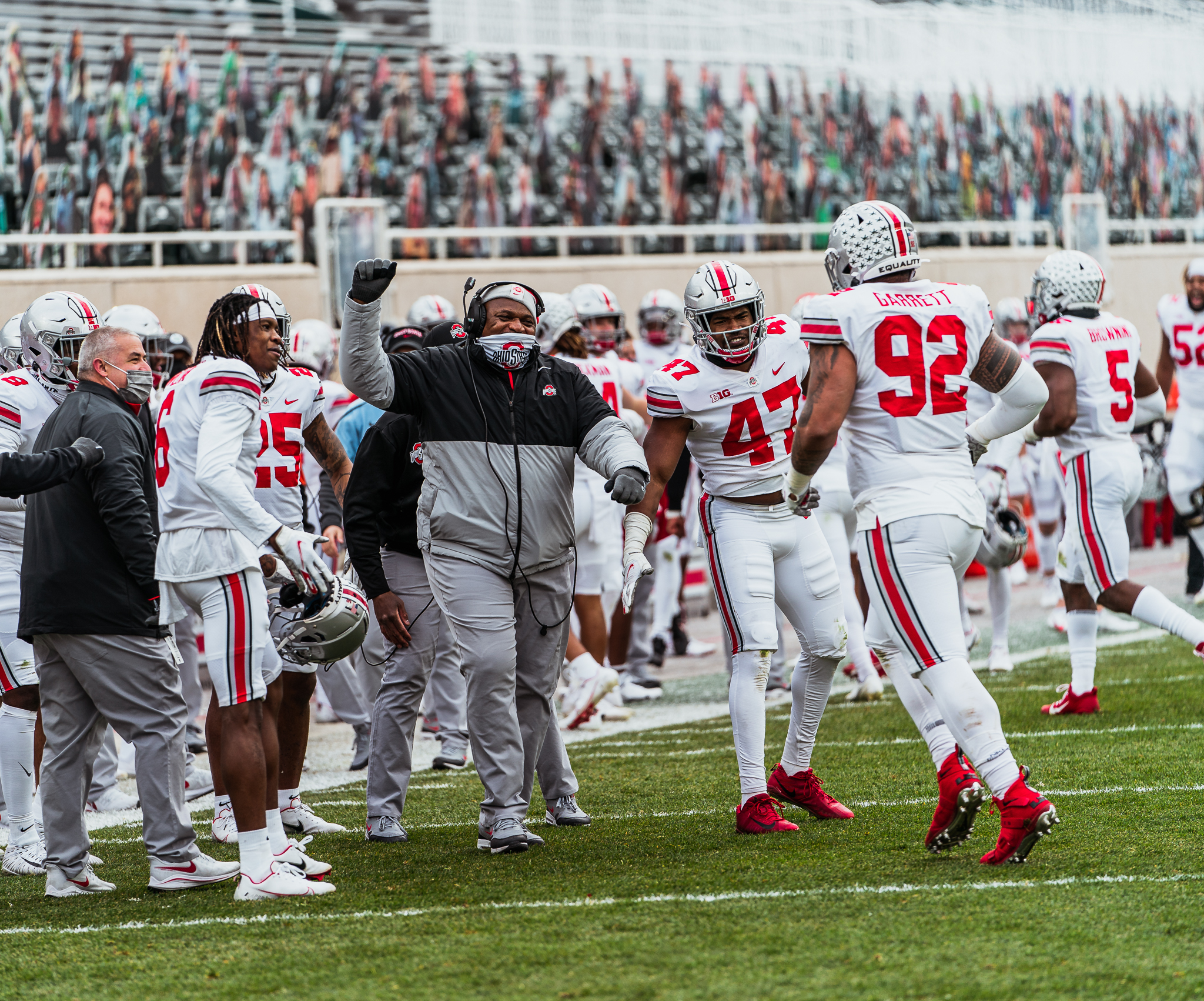 Ohio State has one more game to prove itself worthy of a position in the College Football Playoff when the Buckeyes take on Northwestern at noon Saturday in the Big Ten Championship Game.

The Buckeyes currently rank fourth in the CFP while the Wildcats sit at No. 14, and Ohio State are listed as 20-point favorites according to Bovada, and the Buckeye Sports Bulletin staff — including Wyatt Crosher, Joe Dempsey, Andrew Lind and Patrick Mayhorn — have varying opinions on just how close this matchup will be.

WC: “Once again, Ohio State has not released its availability report on the typical Friday time slot, moving it to Saturday morning which may or may not show that the Buckeyes will be missing some players against Northwestern.

“Regardless, I would still be saying that I think this matchup will be closer than many are saying, and that is because of just how good the Wildcats’ defense is. There is not a true weak point in Northwestern’s defensive personnel, and I think Justin Fields may have a harder time finding open guys than in any game this season.

“The Wildcats have a defense that can make this interesting, especially if they force turnovers, but I am not sure Peyton Ramsey can lead this offense to enough glory to put Ohio State on true upset alert. If the Buckeyes can stop the run and force Ramsey to make the plays, I think Ohio State comes out of this the victor.

“Ohio State fans want a blowout to prove that their team is truly playoff caliber, and while I don’t think the Buckeyes sweat this one out for the entirety of the game, I do think that this score stays low and relatively close the whole way, but Ohio State is making the playoff with a win regardless of the margin of victory.”

JD: “Ohio State should beat Northwestern by more than 21 points every time the two programs take the field. Thanks to tremendous coaching by Pat Fitzgerald and his staff, the Wildcats are not easily blown out of the water, however, especially due to stellar defense.

“Northwestern has cruised through most of the Big Ten, with one slip-up against Michigan State, and that is largely because of its ability to shut down opposing offenses. Unfortunately for the Wildcats, they have not faced an offense that can even compare to that of the Buckeyes.

“The Buckeye offense boasts the best offensive player in the country in Justin Fields, and he has dangerous weapons like Chris Olave and Garrett Wilson at his disposal. If Northwestern sells out to stop the passing game, Fields and the tailback tandem of Master Teague and Trey Sermon should have success on the ground against the Wildcats despite a talented linebacker group led by Paddy Fisher.

“What could change the seemingly inevitable outcome for Northwestern is turnovers. If the highly touted Wildcat secondary can force Fields to commit multiple costly turnovers, then it could help lead to one of the biggest upsets of the year.”

AL: “With national pundits and opposing coaches questioning whether or not Ohio State deserves to be in playoff consideration despite playing just five regular-season games, the Buckeyes must prove their worth with a resounding win over Northwestern on Saturday afternoon.

“This is one of the few times the coaching matchup will be pretty even, so will be on head coach Ryan Day to outwit Pat Fitzgerald, who will have his players ready to play in the biggest game of their careers. But Ohio State is definitively better in all aspects of the game, and that will show.

“The Wildcats do have some impressive wins this season, but their offense doesn’t have the horses to keep up with the Buckeyes. And while Northwestern’s defense is its biggest strength, Ohio State’s offense is simply overwhelming.

“Provided there are no significant losses due to COVID, Ohio State should roll to an even bigger win than when these teams last met in the Big Ten Championship Game, maybe even bordering on the result of their last meeting in Evanston.”

PM: “I’ve gone back and forth on this one, but the Northwestern defense has convinced me that this will be closer than many, including my cohorts here, expect. This defensive backfield is one of the nation’s best, and the linebackers are excellent as always.

“On top of that, Northwestern is almost exclusively a zone defense. Dwayne Haskins picked it apart in 2018, but I’m not yet convinced that Justin Fields can do it, especially if he’s down a star receiver as has been rumored in recent days. A consistent rushing attack would be very helpful for the Buckeyes here but I don’t think they have that.

“Now, obviously the Northwestern offense throws a wrench in all of this. It isn’t good, it won’t be able to generate consistent yardage against the Buckeyes defense, and that seriously limits Northwestern’s ability to compete here.

“But, if Peyton Ramsey can stay on time and the Northwestern defense plays as well as I expect it to, Ohio State could be in for a serious test here.”