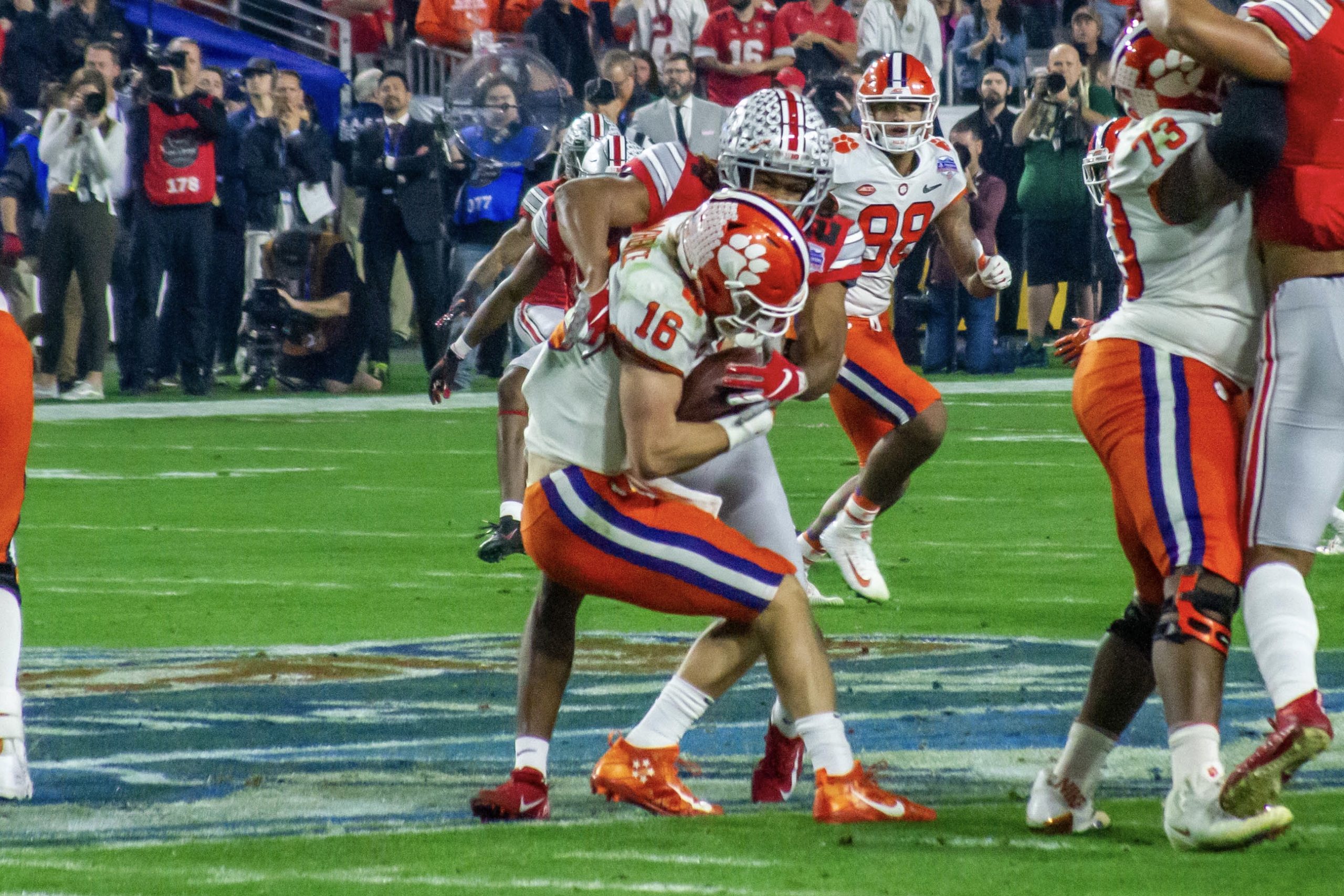 For the second time in as many years and for the third time in five years, Ohio State is battling Clemson in the College Football Playoff semifinal for a chance to go to the national championship game.

The last two times, the Tigers took down the Buckeyes, once in blowout fashion and once in a back-and-forth showdown with plenty of highlight moments and loads of controversy.

This time around, Ohio State is a seven-point underdog coming into the game, and the Buckeye Sports Bulletin staff – Wyatt Crosher, Joe Dempsey, Andrew Lind and Patrick Mayhorn – are in different places on what they are expecting heading into this Sugar Bowl showdown.

WC: “This is the matchup Ohio State has been waiting for since the Fiesta Bowl last year, and I am expecting that the Buckeyes will play their best game of the season because of that.

“Justin Fields should rebound after his lackluster showing against Northwestern and Trey Sermon’s rise will help relieve some of the pressure on the quarterback’s shoulders, and I expect this Ohio State offense to be able to put up some numbers against the Tigers.

“However, I haven’t seen enough from the Buckeyes this year, specifically in the secondary, to think that they can hold off Trevor Lawrence and this Clemson offense enough to win. This is a defense that allowed 491 yards to Michael Penix, so I do not see a way that this group can slow down Lawrence, Travis Etienne and Amari Rodgers and pull the upset.

“The Buckeyes want this game bad, and that willpower may just be enough to win this game, but from what I have seen, and with how each of these teams played in their conference championship games, I have to go with Clemson to take down Ohio State for the third time in the playoff era.”

JD: “Last year, I predicted Ohio State to beat Clemson because I thought the Buckeyes had the better team, and they lost. This year, I think both teams are a step below where they were in 2019 due to key departures.

“A big reason why I picked Ohio State to beat the Tigers in last year’s Fiesta Bowl was because I thought they could find success running the ball with standout tailback J.K. Dobbins and ride him to victory. While I still expect establishing a running game to be paramount for the Buckeyes’ upset chances, it struggled last year besides a few big runs, and they do not have a tailback of Dobbins’ caliber.

“Running the ball is once again a strength for Ryan Day’s team, ranking fourth nationally with 257.7 rushing yards per game and third with 6.1 yards per carry. The Tigers are stout against the run allowing just 99.8 yards per game to rank ninth in the nation, and just 2.8 yards per carry, which ranks fifth. Establishing a dominant ground game can help set up the passing attack as well as enhance pass protection, which will be a necessity – Clemson is tied for fourth in the country with 4.0 sacks per game.

“Another key will be the Buckeye defense’s ability to get Trevor Lawrence and Co. off the field. Clemson converted 46.7 percent of its third downs and 76.9 percent of its fourth downs through 11 games, so limiting that talented offense’s opportunities could help Ohio State secure an upset win.”

AL: “Much has been made about Ohio State’s desire to get revenge against Clemson, but as I mentioned in my column this week, I don’t think this game is about beating the Tigers as it is about the Buckeyes redeeming themselves for a missed opportunity.

“Ignore the missed calls that contributed to Ohio State’s loss. The Buckeyes’ miscues in the red zone were ultimately the difference in a six-point game. Correcting those issues this evening will go a long way in changing the result.

“That said, finishing drives with a touchdown rather than a field goal is a lot easier said than done. It remains to be seen if the Ohio State that finishes drives with a Chris Olave or Garrett Wilson touchdown shows up, or if the stagnant Buckeyes offense that looks discombobulated in the red zone will show up.

“Trey Sermon’s emergence in the Big Ten Championship Game should help solve some of those issues and we should see the Ohio State offense that looked unstoppable early in the season. But that won’t make a bit of difference if the Buckeyes’ defense can’t stop Trevor Lawrence or Travis Etienne.

“I honestly don’t have a lot of faith in the defensive backfield to contain either Lawrence or Etienne, but I think the defensive line can create enough pressure to force a turnover or two. And quite frankly, that could be enough to lead Ohio State to a win.”

PM: “I’ve said as much before on the BSB Podcast, as well as on the BSB forums, but I just don’t see it here for the Buckeyes in this matchup. Clemson is so good at the things that Ohio State is especially weak at, like blitzing the passer – which Justin Fields has struggled with all season – or airing it out with Trevor Lawrence against, frankly, a bad Ohio State secondary.

“There are strengths here for the Buckeyes too, mainly in its defensive front seven against the Clemson run, and in the trenches on the other side of the ball, but it’s hard to imagine an Ohio State win in a game that it will likely lose the explosive play battle. Trey Sermon grinding out yards is valuable and will go a long way for keeping the Buckeyes offense on track, but if Fields isn’t effective, Ohio State cannot win.

“And I just don’t see him being effective. Brent Venables is too good at what he does, the OSU line has struggled all year in pass coverage, and this passing attack doesn’t have enough quick-hit plays to truly adjust for the Clemson pressure. Ohio State’s dominance on the ground on both sides of the field prevents a blowout, but Clemson is never truly challenged, thanks to a barrage of big passing plays.”