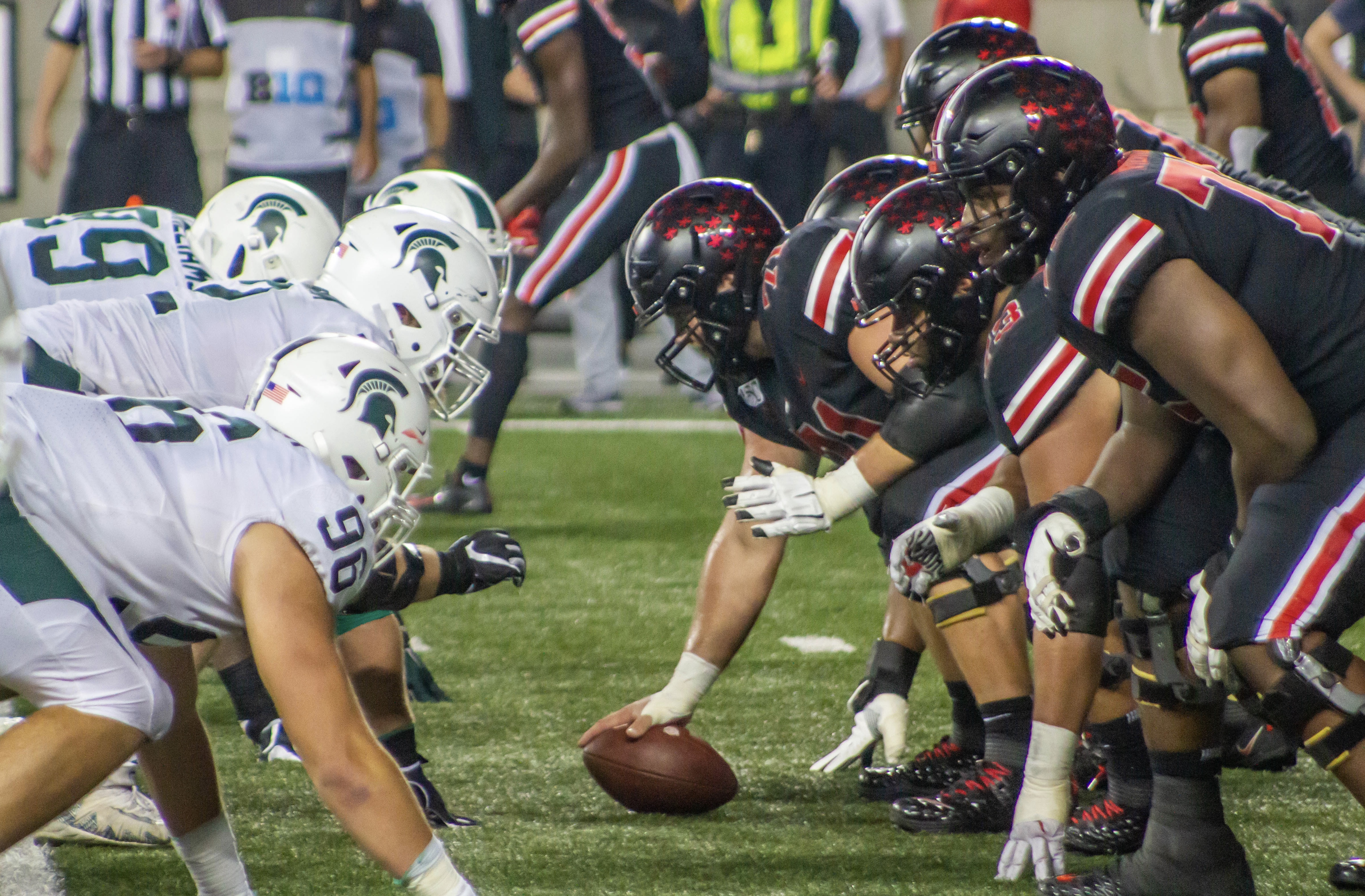 After having its last game cancelled due to a coronavirus outbreak within the program, Ohio State returns to action on Saturday at Michigan State (12 p.m. on ABC). The Buckeyes will be led by defensive line coach Larry Johnson, who will fill in on an interim basis after head coach Ryan Day was among those who tested positive.

Ohio State has not revealed which players have tested positive, which means the Buckeye Sports Bulletin staff — including Wyatt Crosher, Joe Dempsey, Andrew Lind and Patrick Mayhorn — might find it challenging to predict the result. See what they had to say below.

WC: “Somehow, someway, Ohio State has seemed to manage its COVID-19 cases and this game appears to be on track to be played. Also somehow, someway, Michigan State comes into this game with momentum after a huge upset win over then-No. 8 Northwestern.

“How much will that momentum matter? Likely, not much or at all, as the Spartans do not have nearly the talent or the offensive prowess to make this a close game on paper. Quarterback Rocky Lombardi has a strong arm but is wildly inconsistent, and Michigan State will need his absolute best game to have a chance here.

“I am more excited to see what senior linebacker Antjuan Simmons does on the defensive side, as he is by far and away the Spartans’ best player. But Justin Fields should come into this game ready to right the wrongs from Indiana, and he will be able to torch Michigan State’s secondary, with the exception of Shakur Brown, who has all of MSU’s interceptions (five) this season.

“Ohio State is the far better team and should play like it, and I am more interested than anything to see what the Buckeyes look like with no Ryan Day and without some players due to COVID instead of actually thinking it will have an impact on who wins.”

JD: “Michigan State is in trouble against Ohio State, assuming the Buckeyes will not be without all their starters.

“Although Ohio State has struggled mightily against the pass, allowing 291.0 yards per game to rank No. 118 in the country, its run defense has been excellent. The Buckeyes allow just 98.5 rushing yards per game, ranking No. 11 nationally.

“The Spartans have the Big Ten’s worst rushing offense, averaging only 98.0 yards per contest, which is the fifth fewest in the nation. If they have to abandon the run early, quarterback Rocky Lombardi and Co. may be in trouble.

“Defensively, Michigan State defends the run decently, but the Green and White have not taken on a rushing attack like the Buckeyes’, which ranks No. 11 nationally at 233.3 yards per game.

“The biggest difference in this Big Ten battle may come down to the turnover battle. While the Buckeye and Spartans have both forced nine turnovers, Ohio State has five giveaways to 15 for Michigan State.

“If Lombardi and his teammates turn the ball over early against the Scarlet and Gray, the game could get out of hand quickly.”

“Of course, we won’t know for certain because Ohio State will never release that information, and that’s fine. I respect the players and their privacy. However, we’ll still be able to get an idea based on who is listed on Saturday’s availability report — especially if they’ve been healthy all season.

“Let’s assume the Buckeyes aren’t missing any starters or key contributors, I anticipate this to be Ohio State’s most-complete game of the season. The defense has a lot to prove and the team, as a whole, understands how close it was to having their season taken away from them. That should be enough motivation.

“I can’t speak to how the Buckeyes would handle missing starters or key contributors, though. Ohio State recruits well enough that it shouldn’t miss a beat, but it ultimately depends on how much playing time the replacement player has seen or if that position uses a rotation or is just one player or how much they’re actually involved.”

PM: “Assuming that this game is actually played as scheduled, which appears to be the expectation right now, there’s little to be optimistic about here for the Spartans. Lombardi is shaky and can’t be trusted for consistency, the running game is without a real star and the offensive line is bad at best. Simmons is encouraging on the defense but the secondary has really struggled outside of nickel back Shakur Brown.

“It is worth noting that Brown may be the first real test for Ohio State wideout Garrett Wilson in the slot this year, but it’s hard to imagine that mattering too much for the Buckeyes offense.

“Now, if Ohio State is without a number of its star players, this becomes a bit more interested. Michigan State did just upset a top 10 team, so it can’t be completely written off, especially if Ohio State isn’t fully healthy (which it likely will not be), but that seems to be the case that can be made for a competitive matchup here.”