Buckeye Leaves: Well, Somebody Has To Do It 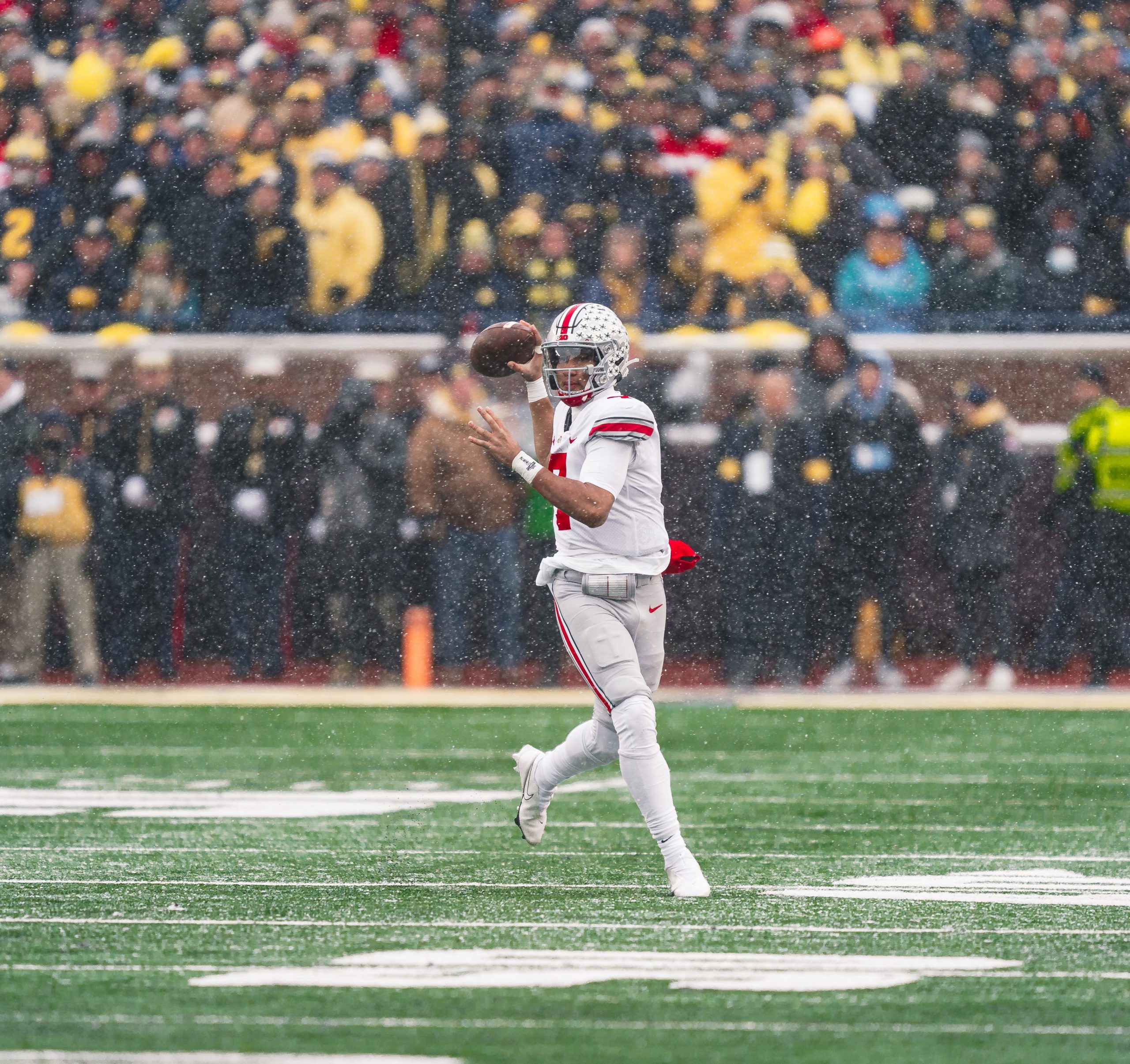 Chase Brown, BSB: While I’m not too sure Buckeye Leaves are appropriate after an Ohio State loss, I think Jaxon Smith-Njigba deserves the white and green sticker for his performance against the Wolverines.

He is like a warm blanket on a cold day. Smith-Njigba’s rapport with C.J. Stroud is undoubtedly the best among Ohio State’s receivers, which is not to say Stroud’s connection with Chris Olave and Garrett Wilson is weak, but Smith-Njigba always finds a way to get open and make plays for his quarterback.

Against the Wolverines, Smith-Njigba caught 11 passes for 127 yards, effectively serving as an extension of the Ohio State rushing offense that struggled to build steam against a talented Michigan front seven.

Smith-Njigba made a crucial catch when Ohio State faced third-and-19 at the end of the third quarter when Stroud threw a prayer in the sophomore receiver’s direction. Smith-Njigba maneuvered around his defender and made an off-balance catch on the right sideline, extending an Ohio State drive that ended with a 1-yard touchdown run for TreVeyon Henderson.

Patrick Mayhorn, BSB: As my compatriots have noted here, this isn’t the easiest task in the world here, but stickers have to flow all the same, even after essentially a season-ending loss to Michigan. And though his performance wasn’t enough to lead the Buckeyes to victory, Garrett Wilson does deserve props for another tremendous performance to end a tremendous regular season.

He nabbed 10 passes for 119 yards and an impressive grab over a U-M defender in the end zone in the first half. He was open consistently when C.J. Stroud needed him to be, Ohio State just wasn’t able to get him the football enough to make it count. He’s a Sunday player and should be earning quite a bit more national attention than he is.

Braden Moles, BSB: It’s hard to find many players that had good performances today. I’m not entirely convinced that TreVeyon Henderson played well, but he at least provided a couple of sparks for Ohio State, including his touchdown on fourth-and-five to keep the Buckeyes in the game, at least for the time. Just 4.4 yards per carry and 74 rushing yards certainly aren’t the numbers you’re looking for from Henderson, but at points he was the only one playing with some juice on offense.

Also of note, he also surpassed Maurice Clarett for the most touchdowns by a freshman in Ohio State history, scoring two against Michigan to bring his total for the year to 19. I can’t imagine he’ll be feeling good about that any time soon, but it’s another notch in his belt nonetheless.

Mark Rea, BSB: I really don’t like giving out Buckeye leaves after a loss, especially after a loss to Michigan. To be brutally honest, I would take back some leaves from the offensive and defensive linemen because they had no answer for a spirited Michigan team on either side of the ball.

But if I have to hand out some leaves, it would be to C.J. Stroud, who came back from an extremely shaky start to throw for 394 yards and a pair of touchdowns. Stroud’s never-quit attitude, along with his star trio of receivers, kept the game from being a blowout.