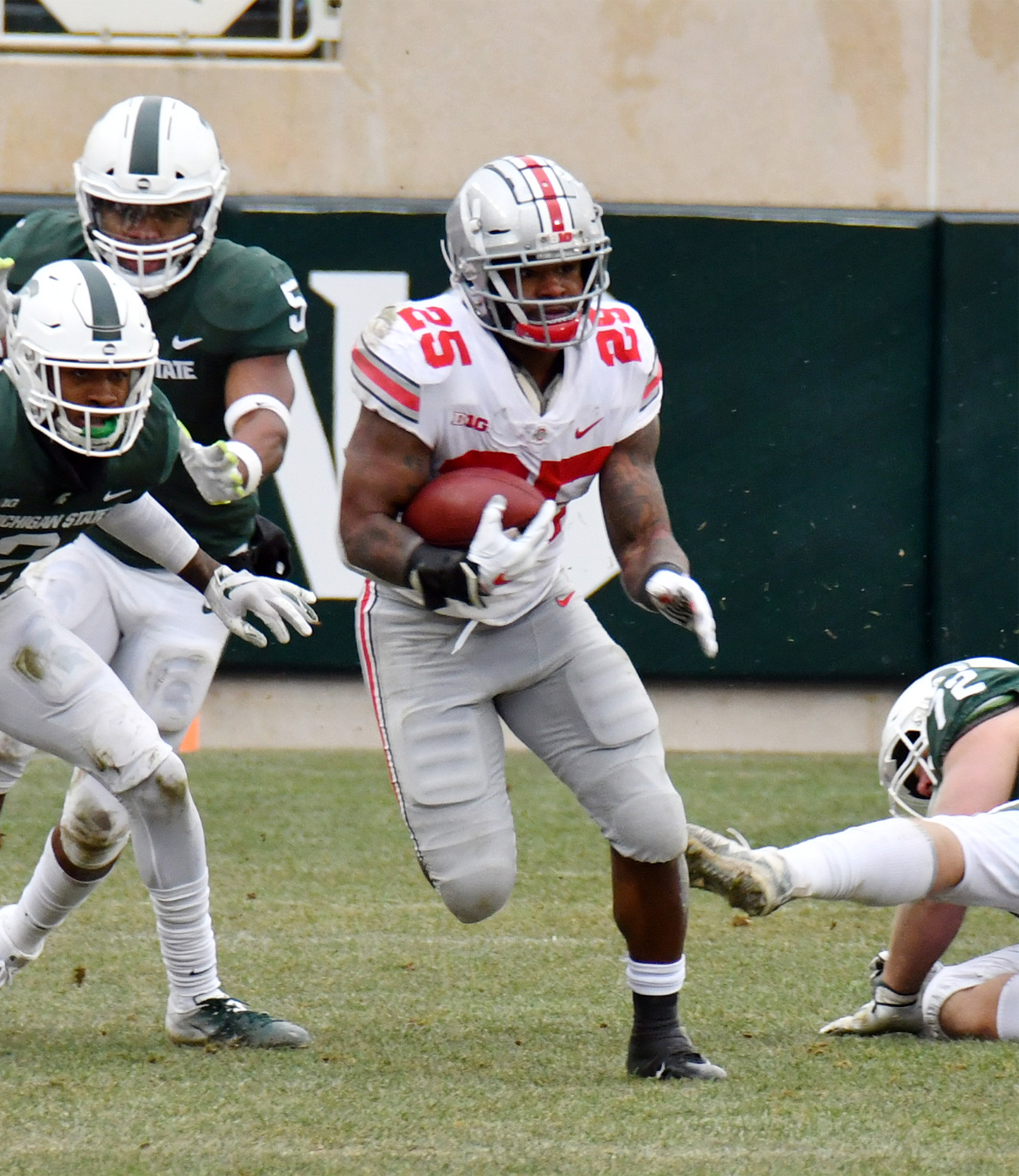 EAST LANSING, Mich. – It wasn’t always pretty, but the No. 10 Ohio State football team left Spartan Stadium with a 26-6 victory over No. 18 Michigan State on Saturday. The Buckeyes rushed for 120 yards against the nation’s top rush defense and pinned the Michigan State offense inside its own 20-yard line six times, helping to lead to a key defensive touchdown.

After the game, BSB staffers handed out Buckeye Leaves for the top performers. Here’s what they had to say:

Mike Weber deserves a Buckeye Leaf for his tremendous effort against the No. 1 rushing defense in the country. Michigan State entered the game allowing just 71.7 yards per game, but Weber ran for 104 yards on 22 carries with a touchdown. The Detroit native hit the hole hard all game and dragged Spartan defenders with him on multiple runs for first downs.

Drue Chrisman deserves honorable mention for an excellent punting performance. After what was most likely the worst punt of his life, a 4-yard dud, Chrisman turned in an excellent performance. The Buckeye punter downed the Spartans inside the 7-yard line five times in the second half, setting up the Buckeye defense for a safety and defensive touchdown.

Drue Chrisman punted nine times against Michigan State. The first one was a shocking shank that went just 4 yards. The next eight were as good as it gets.

Chrisman saw six of those final eight punts downed inside the 20-yard line, including five that were downed inside the 7-yard line in the second half alone. Helped in part by stellar coverage from wide receivers Terry McLaurin and Johnnie Dixon, Chrisman was arguably the most important player for the Buckeyes against the Spartans. He earned his Buckeye Leaf a few times over in this one.

Had Michigan State not been pinned deep so often, the game might not have just been closer – the result might’ve been flipped completely.

Since he sprained his ankle late in Ohio State’s 27-26 comeback at Penn State on Sept. 29, Dre’Mont Jones has been banged up but still playing for the Buckeyes through the ups and downs of the past month-plus on the field.

Playing hurt paid off in a big way Saturday at Michigan State for the junior defensive tackle, who sealed OSU’s victory over the Spartans by recovering a fumble for a touchdown with 14:03 left the fourth quarter and essentially sealed the ballgame at 16-6.

Earlier in the week, Jones discussed the defense’s need to deliver a shutdown effort. Led by Jones’ performance — two tackles, one pass breakup and two quarterback hurries — the unit got back on track with an outing it needed as Michigan on Nov. 24 looms.