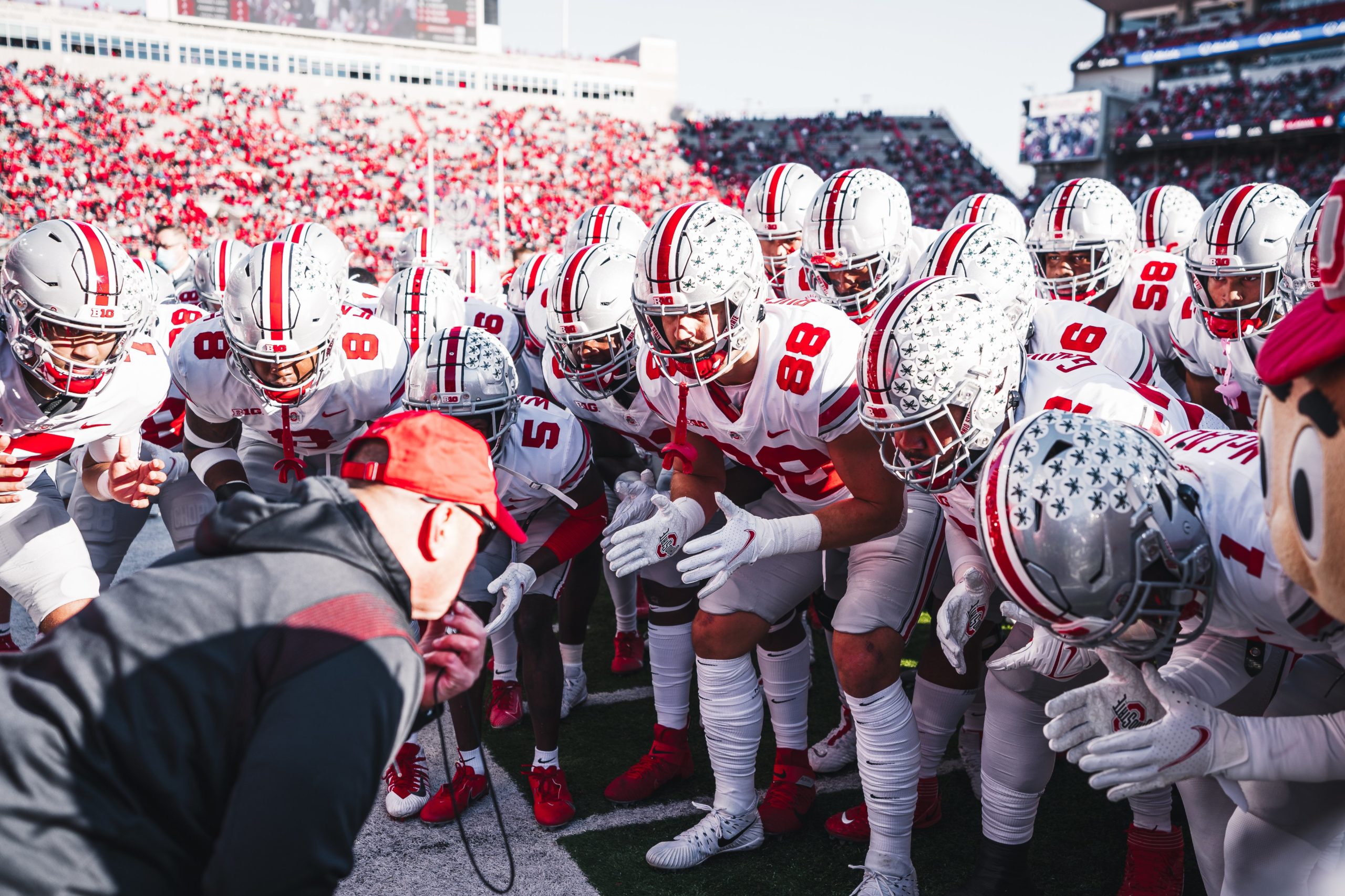 Chase Brown, BSB: Noah Ruggles should come to Ohio State’s next game wearing bright blue spandex, a red cape, and a big “S” across his chest. The graduate kicker replicated his perfect 4-for-4 performance from a week ago against the Cornhuskers on Saturday afternoon, converting from 26, 46, 35, and again from 46.

Patrick Mayhorn, BSB: Once again, Jaxon Smith-Njigba gets the nod from me for a Buckeye leaf, as he was just masterful in place of junior wideout Garrett Wilson in Lincoln. The sophomore from Texas hauled in a school-record 15 receptions for 240 yards, shattering the reception high mark previously set by David Boston and scoring a touchdown from 75 yards out to tie everything together nicely.

There was just no guarding this guy. On a day that saw nothing come easy for the Buckeye offense, Smith-Njigba looked effortless in demolishing the Cornhusker secondary, serving often as the only part of the Ohio State offense that seemed to be working as intended. The Buckeyes certainly shouldn’t be throwing the ball 54 times in a football game again any time soon, but with Smith-Njigba, the more targets the better as this season enters its final stages.

Braden Moles, BSB: Though Steele Chambers didn’t play the whole game after a targeting penalty against Penn State last week, the linebacker still made himself a factor in the win over Nebraska.

The sophomore finished third on the team with six tackles despite only playing in the final 30 minutes and had his first career interception with a game-clinching pick of Nebraska quarterback Adrian Martinez, Ohio State’s only turnover of the game.

Ohio State’s defense struggled throughout the contest, so Buckeyes could be looking to bounce back next week with Chambers in the lineup for the whole game.

Mark Rea, BSB: Obviously, Jaxon Smith-Njigba deserves a helmet full of Buckeye leaves for his historic afternoon, but the rest of my leaves are reserved for Noah Ruggles and Jesse Mirco. Ruggles kicked four field goals for the second game in a row, including a career-best 46-yarder with 1:29 remaining that made it a two-score game and ended any possibility of a late Nebraska comeback.

Meanwhile, Mirco averaged 40.5 yards on four punts, including burying the Cornhuskers deep in their own territory twice in the second half. The OSU kickers also negated any kind of return game Nebraska might have had. NU got only 19 yards on the one kickoff it was able to return and just 2 yards on its only punt return. It’s safe to say that without the contributions of Ruggles and Mirco, Ohio State’s playoff chances would have evaporated.