Buckeye Leaves: Individual Efforts Not Enough In Loss To Purdue 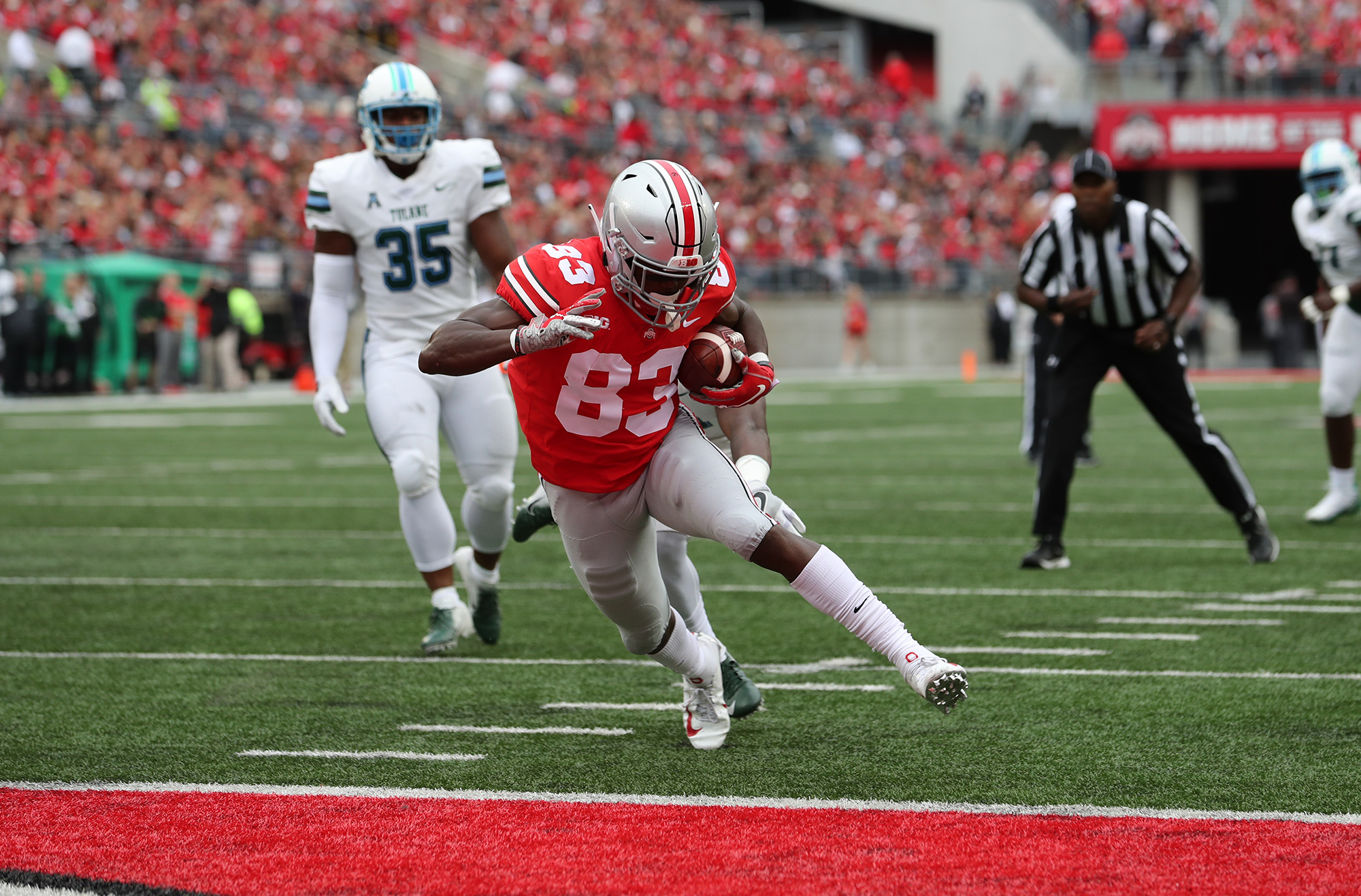 After the Boilermaker faithful stormed the field at Ross-Ade Stadium, the Buckeye Sports Bulletin Staff handed out Buckeye Leaves for the Ohio State players who stood out on a dark night for the Buckeyes. Here’s what they had to say:

No one really deserves a Buckeye Leaf after that debacle, much like no one deserved it after the 55-24 loss to Iowa last season. However, I will go with the Ohio State wide receiver group as a whole.

With the running game completely inept, the Buckeyes were forced to throw the ball on nearly every down and for the most part, Ohio State’s wide receivers did what they could to keep the Buckeyes in the game.

Nine different players caught two or more passes and there weren’t many drops to go around. Ohio State should never have to throw the ball 70-plus times in any game, but they did tonight and Brian Hartline’s group was about the only one that played up to its expectations tonight.

Even in losses, somebody always stands out. Yes, even in 29-point losses to Purdue.

On Saturday night in Indiana, Indianapolis native Terry McLaurin was that guy for the Buckeyes. He finished the game with five receptions for 66 yards and a touchdown, catching the ball on every target except for one. His most outstanding play came on special teams, though, when McLaurin made an acrobatic effort to down a Drue Chrisman punt at the 2-yard line.

It wasn’t enough – one guy can’t do it all – but McLaurin was Ohio State’s best player against the Boilermakers. For that, he gets a Buckeye Leaf.

Dwayne Haskins set a school-record with 470 passing yards, but his performance was nowhere near historic as he went 49 of 73 for two touchdowns and a pick-six in an embarrassing loss.

Junior H-back K.J. Hill followed up a career-high nine receptions for 187 yards and two touchdowns on Oct. 13 against Minnesota with another game over the century mark at Purdue, tying his personal-best nine catches while totaling 105 yards (11.7 average) with a long of 33.

Before the Boilermakers blew the doors off the Buckeyes in the fourth quarter, Hill gave the offense life with meaningful conversions on several Ohio State drives when things were still close.