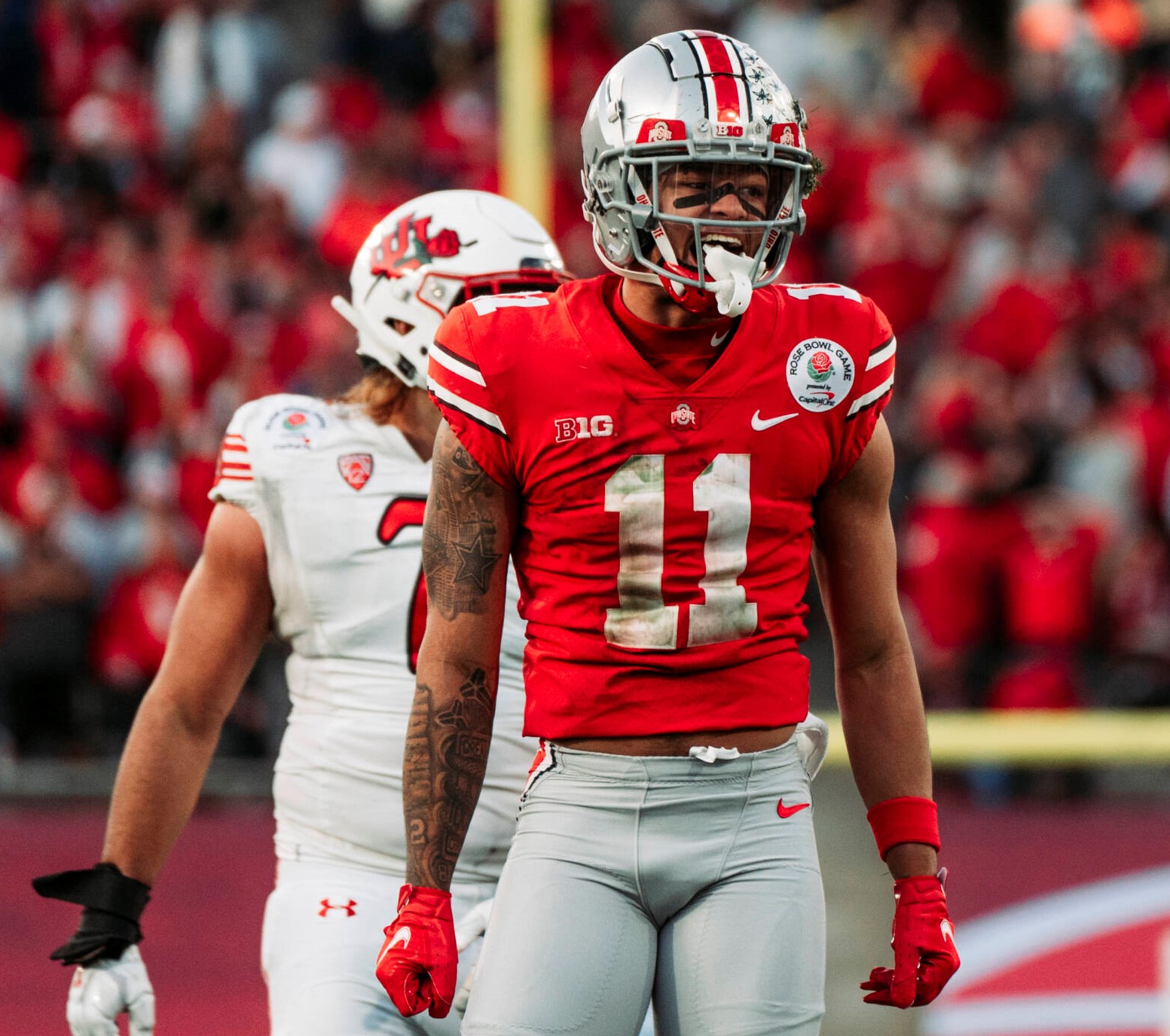 Chase Brown, BSB: Jaxon Smith-Njigba is a record-breaker. Utah’s defense didn’t have an answer for the sophomore wide receiver, who caught 15 passes for 347 yards and three touchdowns against the Utes.

It’s safe to say that Ohio State will be just fine without all-time greats Chris Olave and Garrett Wilson. Smith-Njigba is quarterback C.J. Stroud’s favorite target. He was all season, even with the future first-round picks on the field, and he will be in the future. Buckeye fans should be excited about what that looks like in 2022 because it might be another special season for Smith-Njigba in the Scarlet and Gray.

Patrick Mayhorn, BSB: Down two first-round wide receivers and a starting left tackle? Facing a top-25 defense in the nation and staring down a deficit for nearly the entire game? Stuck without much of a rushing attack to bail you out on short downs? None of it mattered to Ohio State quarterback C.J. Stroud Jan. 1 as he led a furious Buckeye comeback in the Rose Bowl to topple Utah, 48-45.

Stroud was the guiding force behind 27 second-half points, teaming up with superstar wideout Jaxon Smith-Njigba and rising star Marvin Harrison Jr. for the first 500-yard passing game in Ohio State’s history. He packed the stat sheet to the tune of 573 yards and six touchdowns on 37-of-46 passing.

As if that weren’t enough, Stroud provided the game-winning drive with only a minute and change on the clock, ending Ohio State’s season with a seven-play, 56-yard trek that ended in a Noah Ruggles field goal to secure the victory.

Braden Moles, BSB: With the number of scholarship players out due to injury in the Rose Bowl, a youth movement was absolutely necessary for Ohio State to claim a 48-45 win in The Granddaddy of Them All. Perhaps no young player better exemplified that movement than freshman wide receiver Marvin Harrison Jr.

Harrison finished with 71 yards on six receptions, three of which went for touchdowns of 25, 8 and 5 yards. He was an important part of an electric Ohio State offense in its win over the Utes that went for 683 yards against one of the nation’s top defenses, hauling in the second-most receptions to Jaxon Smith-Njigba.

This type of performance on one of college football’s greatest stages sends Harrison to the offseason on a positive note as he looks to help fill the void left by Garrett Wilson and Chris Olave next season.