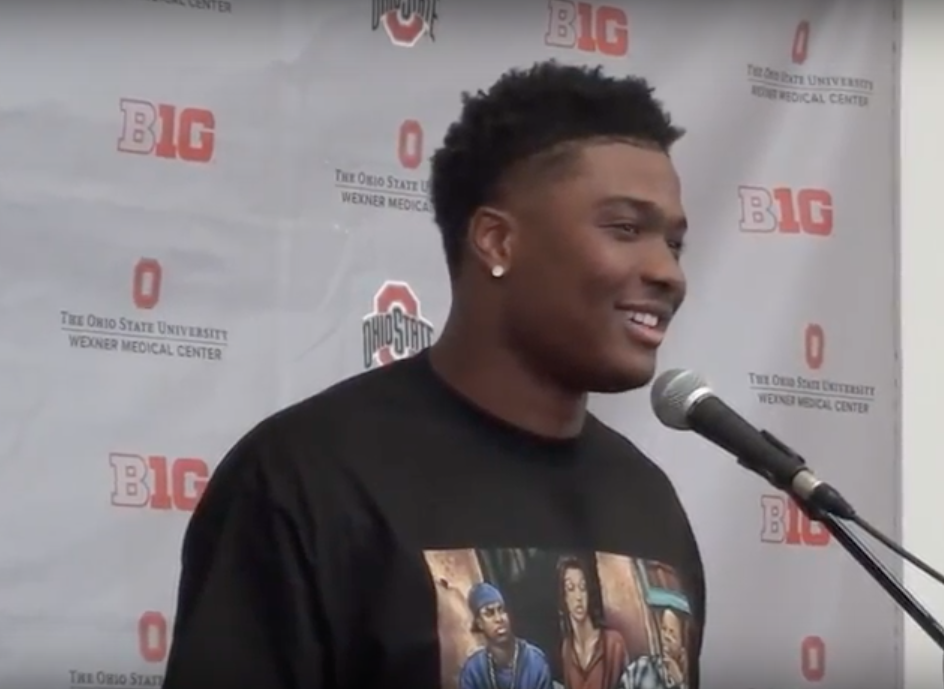 After the game, the trio put into perspective OSU’s latest aerial assault on offense as a top-10 matchup with Penn State (4-0, 1-0 Big Ten) looms for a primetime kickoff next weekend.

On how he assesses his performance four games into the season…

“I just want to show how dangerous the offense is, and with me at the helm, a lot of plays can be made. Every game, whether running or throwing, trying to make as many plays as possible.”

On if he thinks he is where he wants to be…

“No, not at all. One thing (interim wide receivers coach Brian) Hartline preaches to the entire receiver unit is that once you get comfortable, something goes wrong. So I’m never comfortable with my performances. I’m always looking to get better. Obviously, I had a good day today. But what’s around the corner is Penn State. I need to be consistent and need to continue to get better.”

On how he sees Haskins as a leader…

“Just the way he can manage the offense. I don’t want to say Dwayne’s too much of a vocal guy. He has plenty of guys who can do that for him. We have three fifth-year guys in our receiver room. He doesn’t have to be a rah-rah guy. He can take a lot of big hits like he did last week, get up, be able to still finish a game — and a tough game, down in Texas.”