BSB TV: Buckeyes Return To Practice Tuesday For No. 3 Ohio State Vs. Minnesota 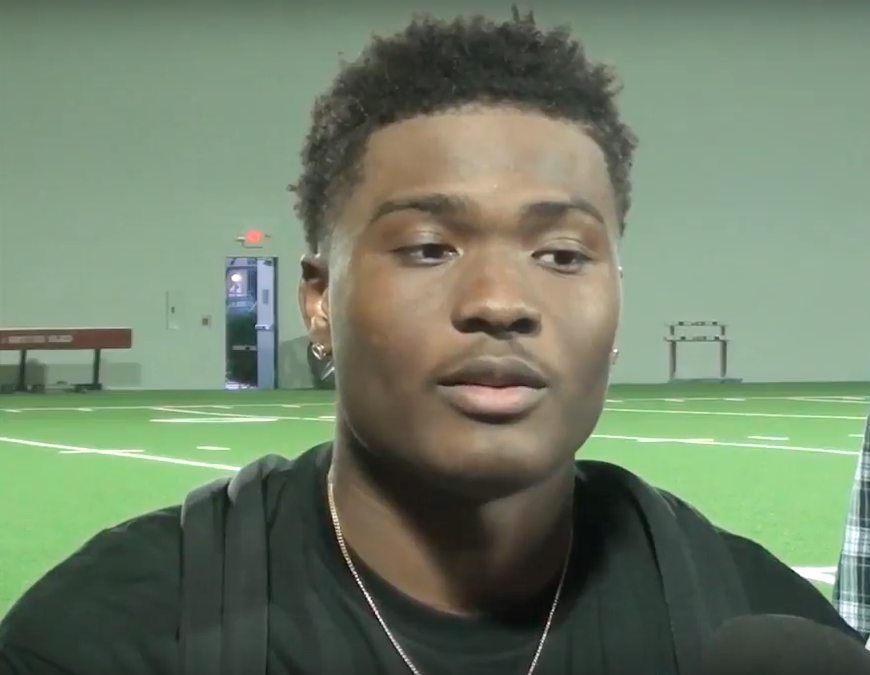 On his relationship with Alabama’s Tua Tagovailoa…

“We talk every week. (The relationship developed during) Elite 11, all that stuff in high school. We sent each other scripture before the game on Saturday, just to send out blessings to each other. So he did a great job last week.”

On his development with starting experience since last year…

“I feel like we’re all getting better every day. Just having faith in coaches in teaching us and having faith in God still. I feel like just talking it day by day, knocking it one day at a time. I feel like sky’s the limit for us, man, I see it. I’m out here with these dudes and I see it every day. It’s just flashes of greatness, flashes of great. Now it’s just transferring it to Saturdays. The main thing is just looking back for the ball, taking the ball out the air because I feel like that’s the final step of our greatness really.”

“I don’t think it’s too much different. Either way, when he’s not out there — one game he had to take off, he was still there leading on the sideline helping out. When he is out there, he might not be as healthy as he wants to be, but he’s still helping out in a leadership role.”

“I’ve been 100 percent. I just feel it takes time to come back from an injury like that, but I feel more and more comfortable and I’m glad I could be a part of this.”