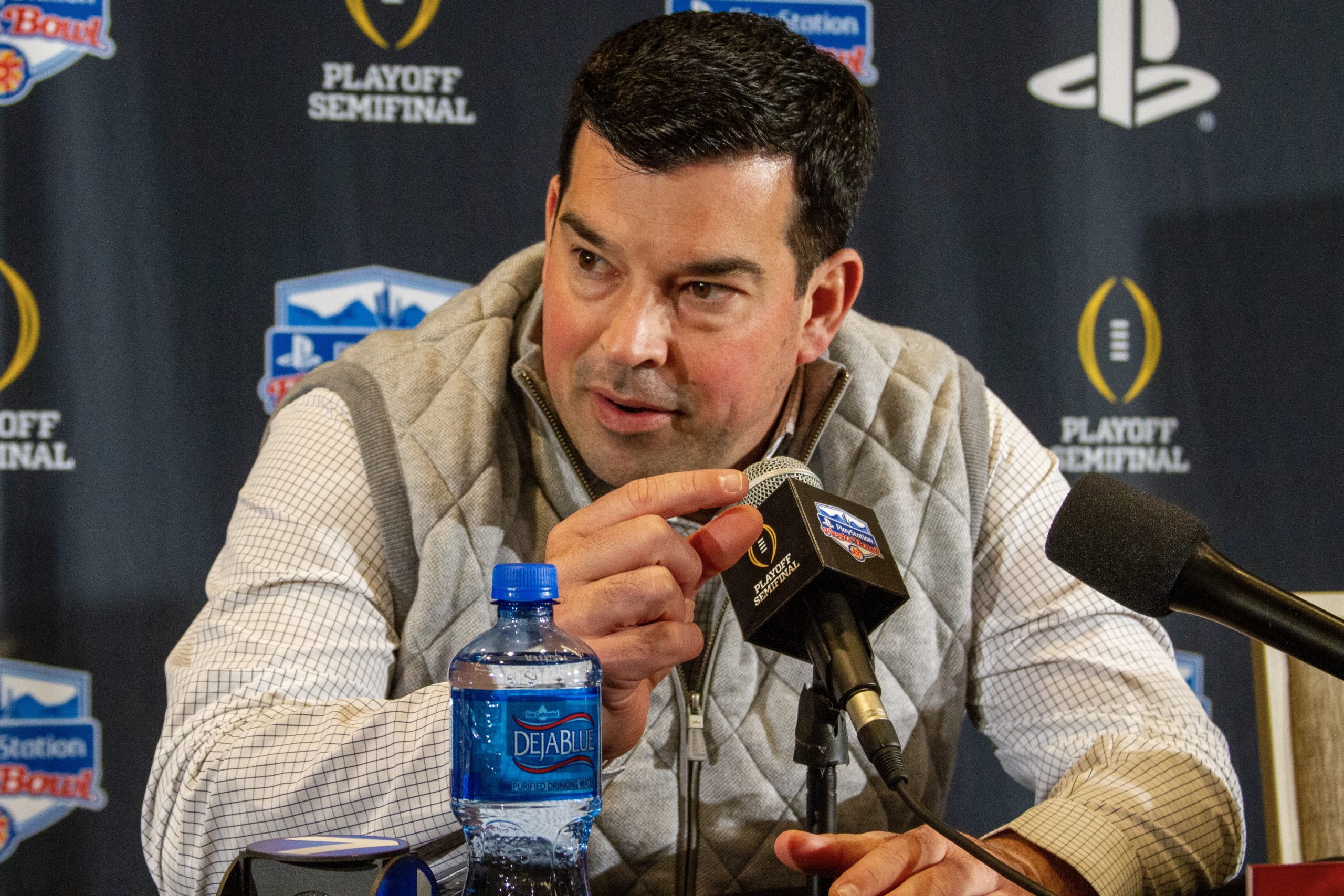 This evening, Ohio State will take on Clemson in the College Football Playoff Semifinal at the PlayStation Fiesta Bowl in Glendale, Ariz. (8 p.m. on ESPN).

The Buckeyes are 0-3 all-time against the Tigers, including a defeat in the same stadium in this very situation three seasons ago, but most of the staff at Buckeye Sports Bulletin — which includes Wyatt Crosher, Joe Dempsey, Andrew Lind and Patrick Mayhorn — expect a different result this time around.

WC: “Clemson quarterback Trevor Lawrence has quietly been an absolute monster in the second half of the season — he has 20 passing touchdowns and zero interceptions in his past six games — after his start made many wonder if he had lost some of his touch. His success against Ohio State’s secondary may be the thing that makes or breaks this game, but the same can be said about a multitude of areas when considering that these two teams are pretty much good at everything.

“Clemson is stacked and has a title run last year to work with as experience, but is that more valuable than a regular season of experience against a variety of ranked teams? Because if not, that is the advantage Ohio State brings to the table, especially with as brutal a stretch as the Buckeyes faced to earn the Big Ten title.

“This matchup should be an incredibly close one, and I really could see it go either way depending on who comes out there with more of a chip on their shoulder. I also believe that the health of Justin Fields may be the largest factor. If his knee truly becomes an issue, even if just with a lack of mobility, then that could be all this game takes to turn the tides.

“There’s not a true area I think either team has a major advantage in, but I think Ohio State might come out there feeling just a little bit more slighted due to the betting odds, lack of some major awards they were right there for, every major analyst seemingly predicting against them, along with being the No. 2 seed. I will lean ever so slightly with the Buckeyes heading to New Orleans.”

JD: “In a season where Ohio State dominated most of its opponents, I’ve been hoping to see the Buckeyes face tougher competition to see just how good they are. Wisconsin and Penn State are very solid football teams, but they don’t compare to the talent of Clemson.

“This is the game I’ve been waiting for. Although I think Ohio State and Clemson should oppose each other in the national championship, we get to see the best two teams play a couple weeks earlier.

“A major concern for the Scarlet and Gray is the health of Justin Fields’ knee. The standout sophomore quarterback has put together one of the best seasons I’ve seen through 13 games, and Ohio State will need him to be on his game against a tough Tiger defense.

“I believe, like most games, the Fiesta Bowl will be won in the trenches. If Ohio State can establish the running game early and keep Clemson off-balance, then standout junior tailback J.K. Dobbins can carry the team to victory.”

AL: “This year’s playoff reminds me a lot of Ohio State’s run to the inaugural College Football Playoff national championship, when the Buckeyes faced top-seeded and seemingly unbeatable Alabama in the first round then cruised to a win over offense-oriented Oregon in the title game.

“That year, the Sugar Bowl essentially served as the de facto national championship, and I get that feeling again in this matchup between Ohio State and Clemson. The teams are very evenly matched, with both offenses full of five-star talent that’s able to take it the distance on every carry or throw, and both defenses — particularly along the line — are able to get pressure on the quarterback quickly.

“So then, what will be the difference in this game?

“I said before the season I thought the Tigers would beat the Buckeyes in the national championship, and I thought it was because quarterback Trevor Lawrence would be able to pick apart the secondary. But with Damon Arnette playing better than any point in his career, Shaun Wade looking to cement his status as a first-round pick and Jeff Okudah angry about missing out on a Jim Thorpe Award, Ohio State now holds the upper hand in that matchup.

“With that said, I think the game will be a back-and-forth affair with the Buckeyes taking a late fourth-quarter lead. Lawrence will throw an interception shortly after Clemson crosses midfield, however, and Ohio State will head to the national championship, finally breaking the curse against the Tigers.”

PM: “I’m not sure that there’s been a more even playoff matchup in the five years of the playoff era than this one. That includes the excellent 2018 Rose Bowl between Oklahoma and Georgia.

“The separation between Ohio State and Clemson is tiny, which shows how far this program has come under Ryan Day, given the last time these teams met. Both teams have tremendous coaching and even better talent.

“Because it’s so close, this will be a game of matchups, and specifically, Clemson’s WRs against Ohio State’s DBs, Travis Etienne against OSU’s linebackers and Justin Fields against his nagging knee injury.

“In those matchups, I see a split, and a question that can’t be answered until the actual game. I think that Ohio State’s defensive backs are up to the challenge, but the linebackers won’t be able to hold up their end of the deal. That means that the final score likely hinges on Fields, and on which team can minimize mistakes.

“While this is the best Ohio State team in decades, I just don’t see the latter key going OSU’s way. Clemson’s counter rushing attack is too much, and while the teams play in lock step for 60 minutes, the Tigers win it late off a crucial missed tackle.”