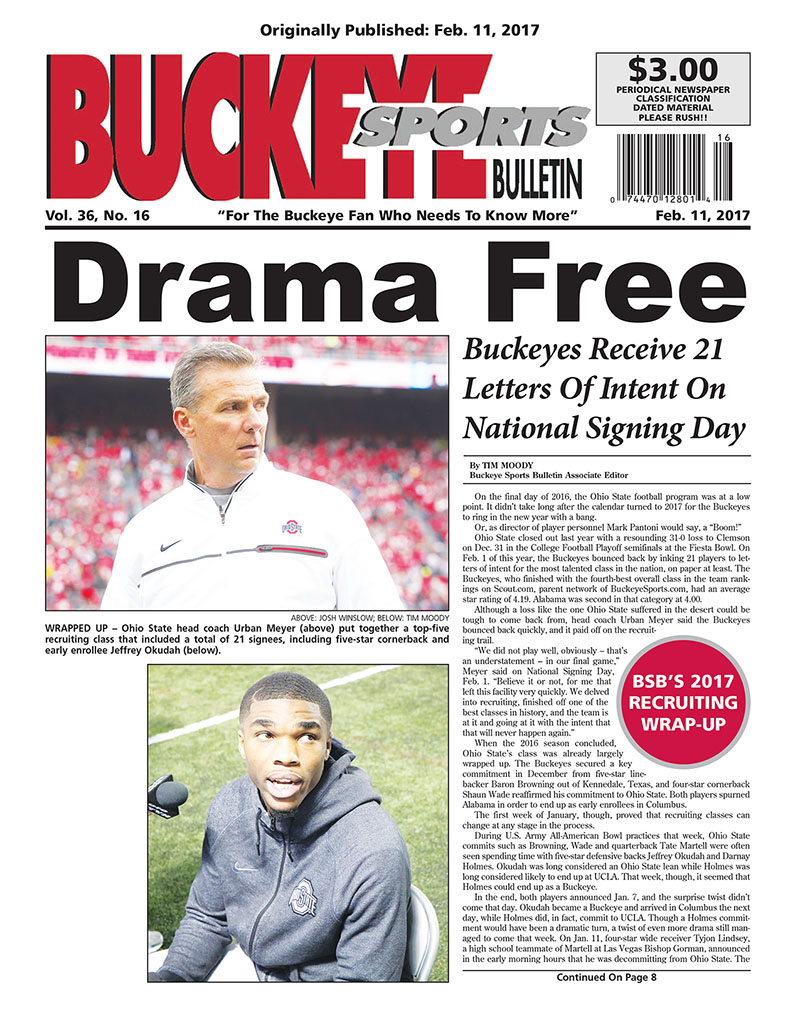 Nearly three years ago, Ohio State wrapped up one of the best recruiting classes in the program’s history, which was brought in by the efforts of Urban Meyer and director of player personnel Mark Pantoni.

Fast forward three years and those highly touted recruits have become sought-after NFL draft prospects, with standouts J.K. Dobbins and Jeff Okudah announcing they will forgo their senior seasons and enter the pros.

This installment of BSB Reprints includes our coverage of the 2017 National Signing Day, and the talented class of Buckeyes brought in, which included Dobbins, Okudah, Wade and Young.