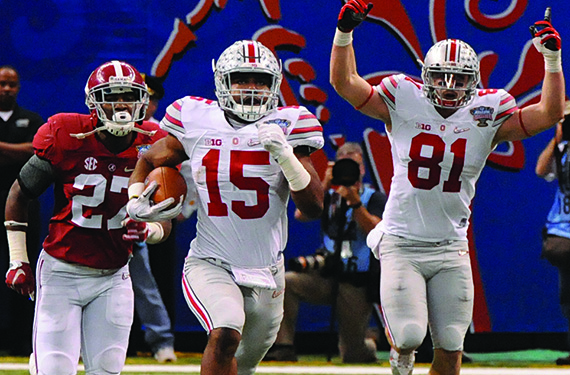 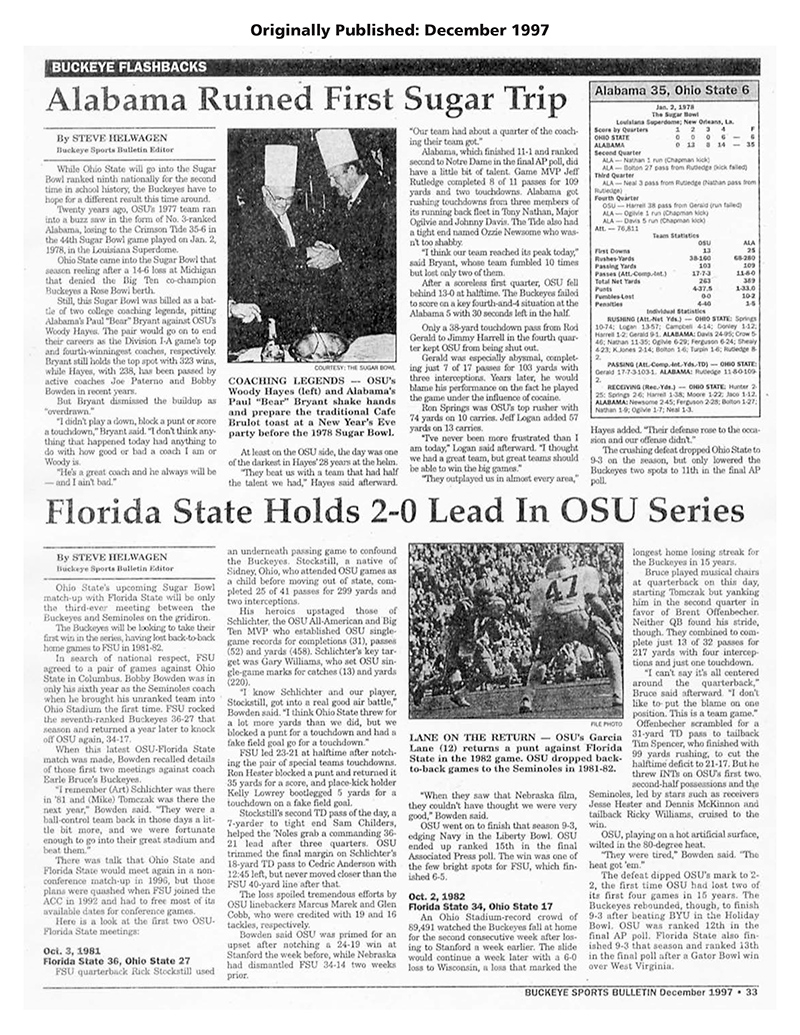 We delved into the Buckeye Sports Bulletin archives and uncovered our coverage of Ohio State’s history against Alabama.

The Scarlet and Gray upset the Crimson Tide in the 2015 Sugar Bowl, placing them in the national championship where they defeated Oregon.

The Buckeyes also battled Alabama in the 1978 Sugar Bowl, which was a disappointing loss in their first appearance in the bowl. We ran a Buckeye Flashbacks article on that matchup in 1997.

This installment of BSB Reprints features in-depth coverage of Ohio State’s monumental victory over Alabama to spring the team to a national title and our flashback to the loss to the Crimson Tide to cap the 1977 campaign.