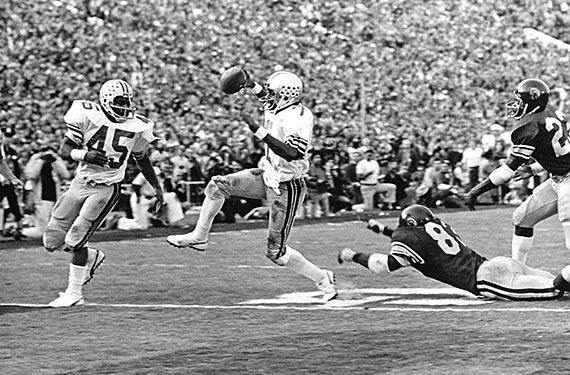 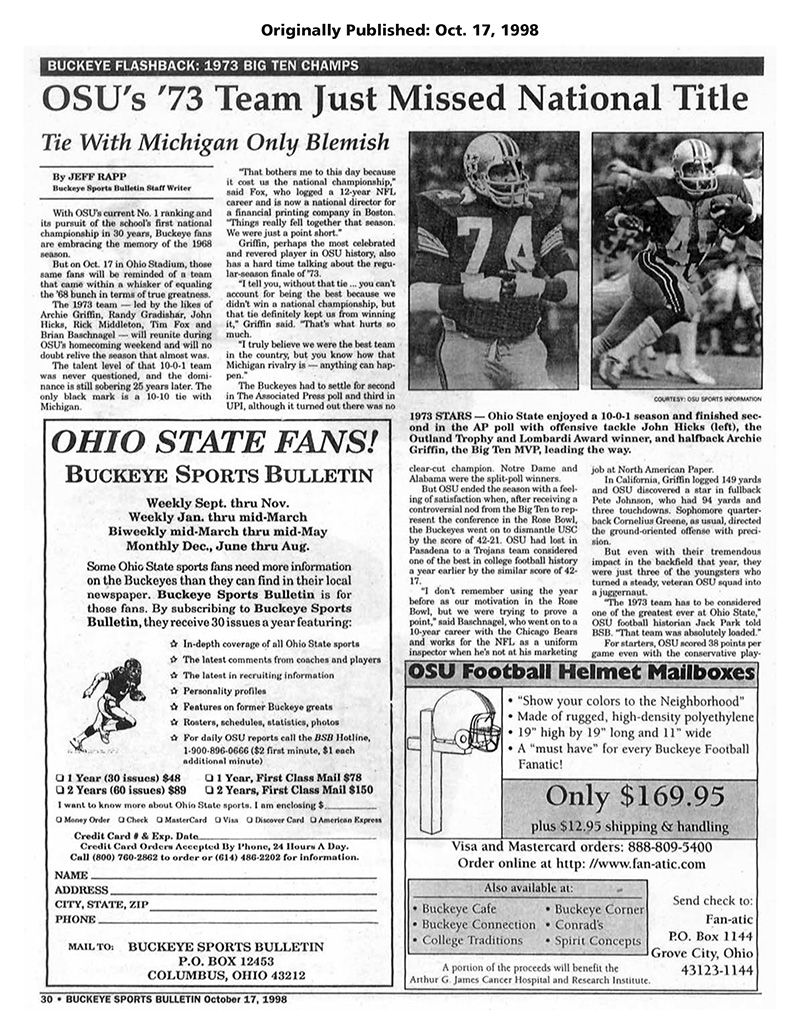 We delved into the 1974 Rose Bowl in our most recent Throwback Film Study, studying Ohio State’s implementation of the “I” formation and its success against USC.

Following the Throwback Film Study by BSB’s Patrick Mayhorn, we searched through the Buckeye Sports Bulletin archives and uncovered both coverage of the ’73 Buckeyes from our 25th and 30th anniversary issues, originally published in 1998 and 2003.

This installment of BSB Reprints includes features on how a tie to Michigan was Ohio State’s only blemish in ’73, and the subsequent Rose Bowl victory.

Bonus coverage: Our coverage of the 25th anniversary of the 1973 team includes a feature on former Ohio State assistant coach Jeff Uhlenhake, who was in the film Ace Ventura: Pet Detective as a member of the Miami Dolphins. Additionally, the 30th anniversary coverage includes our recruiting coverage from 2003, including insight on a speedy prospect out of Glenville, Ohio, named Ted Ginn Jr.