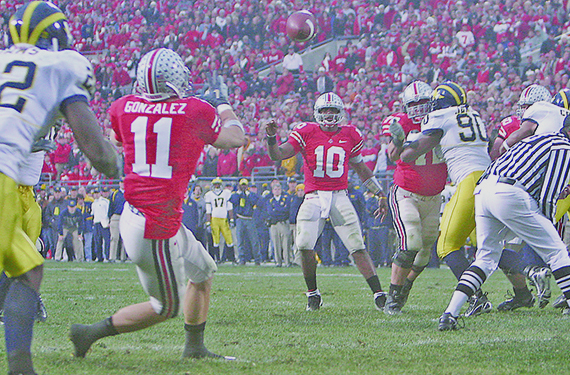 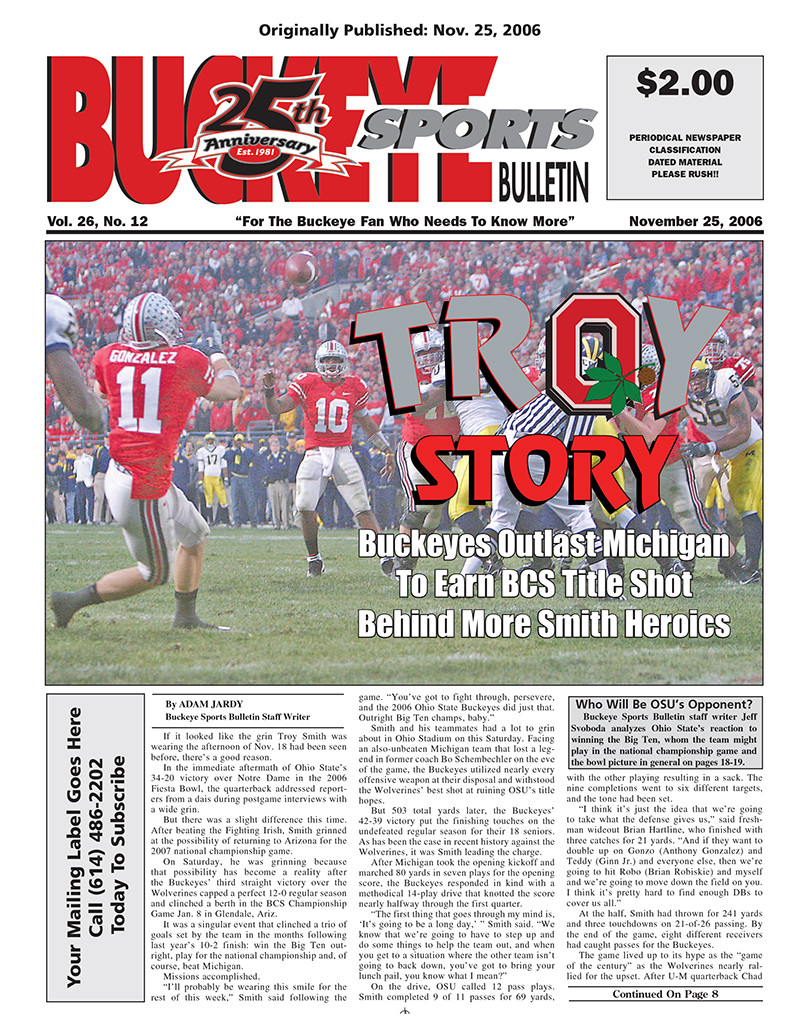 This week’s installment of BSB Reprints features our coverage of Ohio State’s thrilling 42-39 victory over archrival Michigan in 2006 with the shot at a BCS National Championship on the line.

The No. 1 Buckeyes were led to the win in the ‘Game of the Century’ over the No. 2 Wolverines largely thanks to the heroics of quarterback Troy Smith, who capped his regular season with the Heisman Trophy.

This installment of BSB Reprints includes our in-depth coverage of Ohio State’s monumental victory over rival Michigan, with a detailed breakdown of Smith’s heroics, analyses on the Buckeyes’ offense, quotes from the coaches and players, and columns following the game.