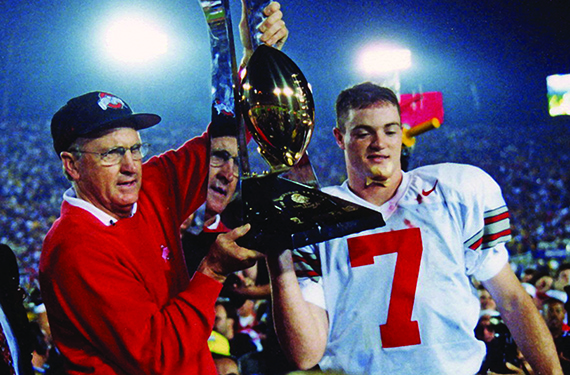 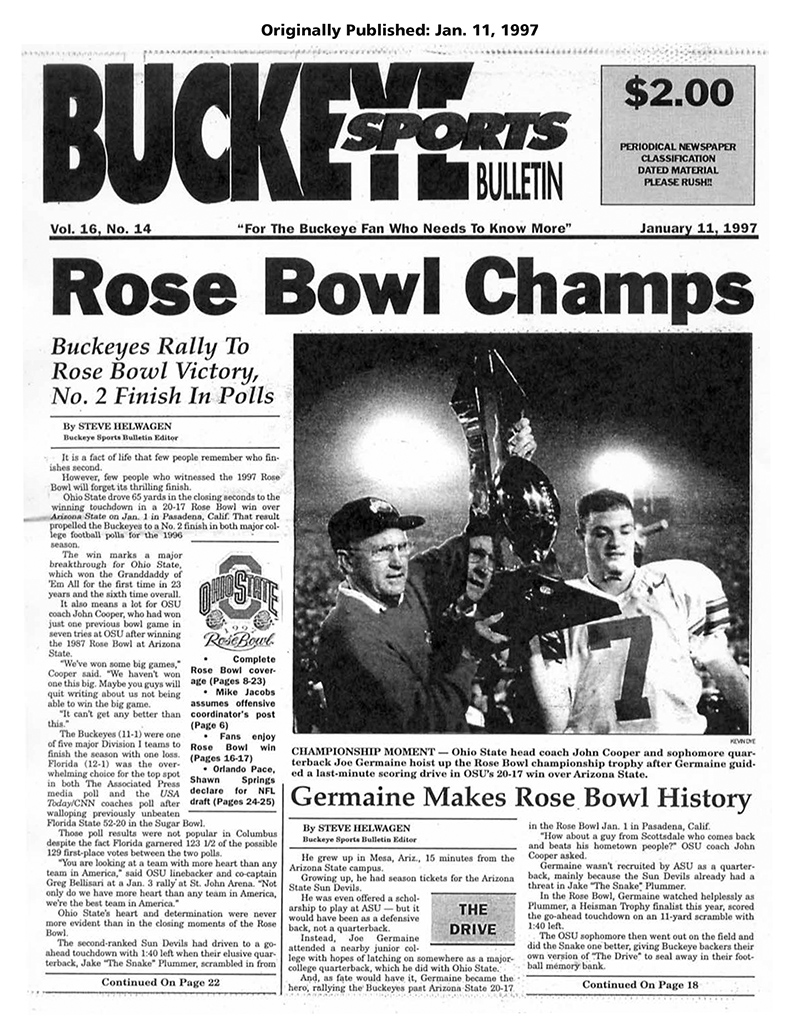 For the 40th anniversary of Buckeye Sports Bulletin, we have been selecting a standout Ohio State football game that was played during the corresponding part of the season in our first 39 years of publishing and running stories from the original BSB coverage.

Nearly 24 years ago, the Buckeyes bounced back from a crushing four-point loss to Michigan with a thrilling 20-17 victory over Arizona State in the 1997 Rose Bowl.

The 1996 Buckeyes had outscored their opponents 42.6-10.1 on their way to a 10-0 start to the season, seeking their first title in 28 years before falling 13-9 to rival Michigan to end the regular season.

Ohio State met the Sun Devils and their high-powered offense led by Jake “The Snake” Plummer in Pasadena, Calif., for the bowl known as The Granddaddy of Them All. Arizona State scored a go-ahead touchdown with 1:40 left to play, but a touchdown pass from Joe Germaine to David Boston won the game for Ohio State.

This installment of BSB Reprints includes our in-depth coverage of the Buckeyes’ victory over Arizona State, with offensive and defensive analyses, quotes from players and coaches, breakdowns of the performances of Boston and Andy Katzenmoyer, as well as a column following the bounce-back win.