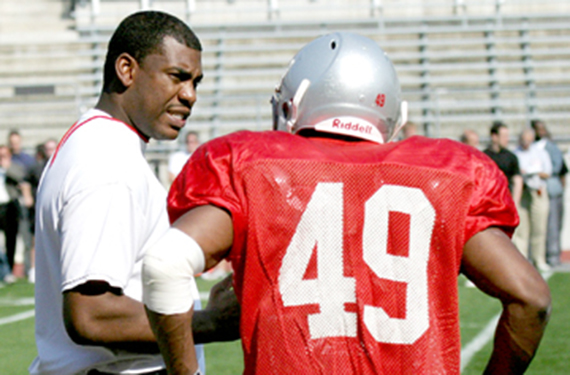 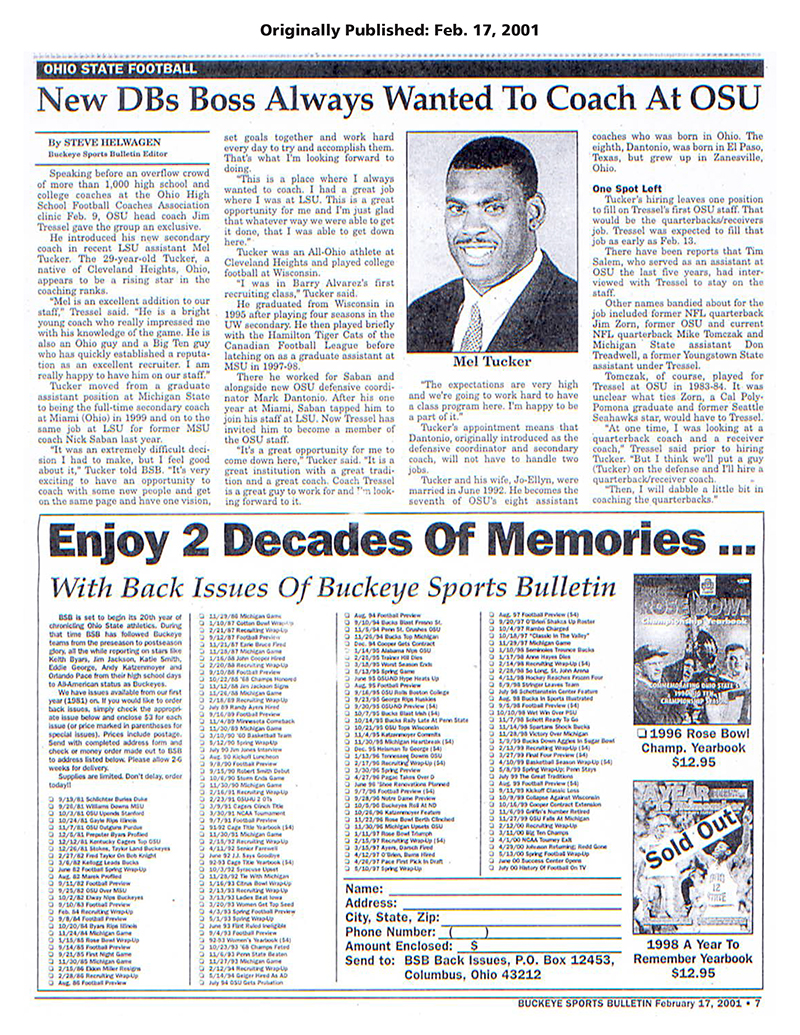 We decided to look back through the Buckeye Sports Bulletin archives for our coverage of Tucker’s Ohio State hiring, promotion to co-defensive coordinator and departure for the NFL.

After leading the Ohio State defense for one year with fellow co-defensive coordinator Mark Snyder, the Cleveland Browns hired Tucker to coach defensive backs in the NFL. Tucker spent 10 seasons in the NFL before returning to the college ranks for one year with Alabama, three with Georgia and one with Colorado, which was his first head-coaching stint.

This installment of BSB Reprints travels back to the early 2000s and includes our coverage of Tucker’s hiring at Ohio State, his promotion and his departure for the pros.