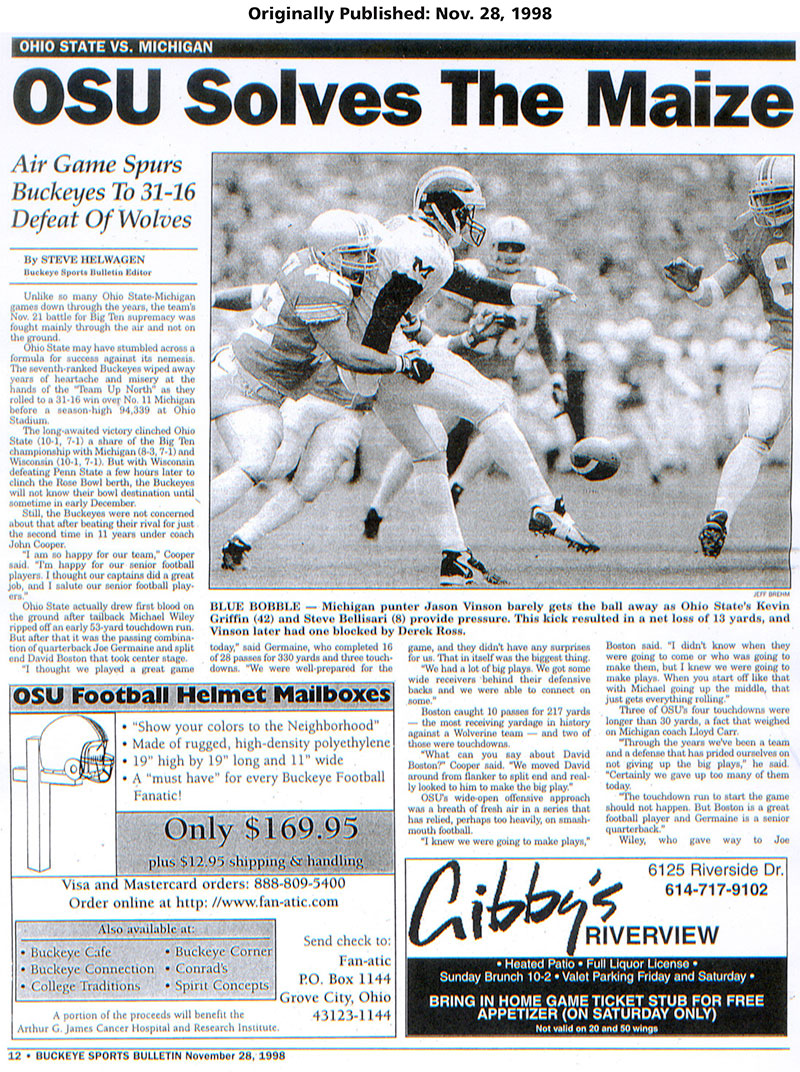 On Sunday, Tom Brady will lead the New England Patriots in the Super Bowl. Twenty years ago, though, Brady was starting for Michigan, where he split his two matches in The Game.

First, the Buckeyes dispatched Brady and the Wolverines, 31-16, in 1998. Brady had a big game, completing 31 of 56 passes for 375 yards and a touchdown, but also threw an interception in the loss. Joe Germaine completed 16 of 28 passes for 330 yards and three scores for the Buckeyes.

The following year Brady got his win against Ohio State, a 24-17 Michigan victory in Ann Arbor. The future NFL star was 17 of 27 for just 150 yards with two scores, but that was good enough to out-duel Ohio State’s Steve Bellisari, who was just 8 for 20 for 84 yards with two touchdowns and two interceptions.