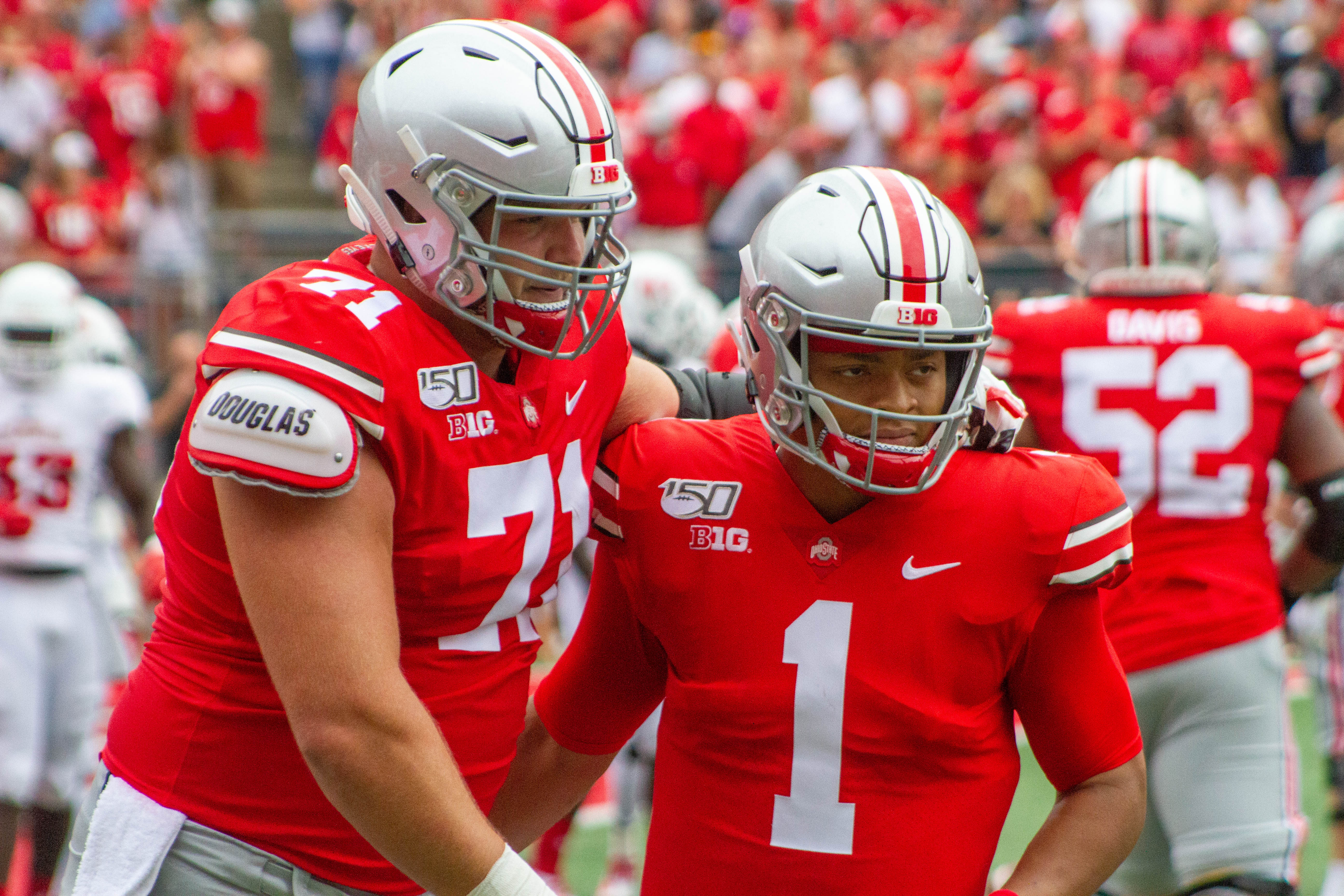 Ohio State returns to action on Saturday afternoon against Cincinnati (12 p.m. on FOX). The Buckeyes are a 16.5-point favorite over the Bearcats, who are led by former Ohio State defensive lineman, assistant and interim head coach Luke Fickell.

Ohio State hasn’t lost to an in-state opponent since it suffered a 7-6 loss to Oberlin in 1921, and the staff of Buckeye Sports Bulletin — which includes Wyatt Crosher, Joe Dempsey, Andrew Lind and Patrick Mayhorn — expects the Buckeyes to extend that winning streak to 42 games on Saturday, albeit narrowly.

WC: “Ohio State proved it can be a team capable of dominating, but it also proved to be a team that has clear areas to work on. Which one of those teams comes out more against a tough Cincinnati team may just decide how close this game stays.

“I think the Buckeyes will win this game, but I don’t think it is anywhere near a lock. Luke Fickell brings a Bearcats group that has the majority of the pieces from an impressive 11-2 team in 2018, and will come out extra motivated with Fickell’s Columbus ties, as well as simply being an Ohio-based battle.

Desmond Ridder and Michael Warren could give the Buckeyes fits, but I expect Ohio State’s defense to stand tall for much of the game. It is then up to Justin Fields to make some big plays against a top-tier defense, which I think he will, but at the expense of a turnover or two.

“There will be growing pains, and a few upset scares, but expect Ryan Day to get his first key win of the season, possibly behind a strong performance from J.K. Dobbins.”

JD: “Ohio State welcomes Cincinnati to Ohio Stadium for what is likely to be a more tightly contested game than the Buckeyes’ dismantling of FAU. The Bearcats impressed in their first game, shutting down UCLA and winning 24-14. Cincinnati allowed just 218 yards (156 passing, 62 rushing) against the Bruins, stifling a Power 5 program.

“The Scarlet and Gray must keep Warren, a Toledo native, in check to control the outcome. It hurts Ohio State to still be without Jonathon Cooper and Taron Vincent up front, but returning Tyler Friday and Tyreke Smith will help solidify the defensive line depth. Ultimately, the Bearcats’ ineffectiveness in the passing game will catch up with them. Offensively, Ohio State will not have it as easy as it did against FAU, but Justin Fields will play even better in the intrastate showdown.”

AL: “Ohio State defensive line coach Larry Johnson recently compared Cincinnati to a Big Ten team. I respectfully disagree. The Bearcats are a solid Group of 5 program with a strong defense and hard-nosed running back, but lack the overall depth that it would take to compete at the highest level.

“I understand why Johnson made that comparison, though. Doing so make his unit — and the Buckeyes as a whole — stay focused on the task at hand. Ohio State will get Cincinnati’s best shot, and maintaining said focus will be key for the Buckeyes this week after playing only one quarter with the pedal to the metal against Florida Atlantic before letting off the gas significantly for the remainder of the game.

“That can’t happen this week, not in what figures to be an emotional game. The Bearcats are always revved up when they come to Columbus, as several members of the team would give anything to be on the other sideline.

“That chip on their shoulder will keep things close for the first half, but ultimately Ohio State is so much more talented than Cincinnati. The Buckeyes — who are nothing like a weak UCLA team that gets more credit for being a PAC-12 team than it deserves — will wear the Bearcats down, and ultimately pull away in the second half.”

PM: “Five years ago, Ohio State entered a big-time home game in the second game of the season, with a brand new quarterback against a team known for its toughness and defense. Then, it was Virginia Tech, and we know how that went for the Buckeyes. Now, five years later, Ohio State finds itself in a similar spot. The names are different, as you can swap Virginia Tech for Cincinnati, J.T. Barrett for Justin Fields and the timing of the game from primetime to noon, but the spirit remains the same. Then, Ohio State wasn’t ready.

“Now, things are different. Ohio State isn’t going to impress against Cincinnati, and they aren’t going to flash the kind of blowout ability that some would like to see, but they are going to survive a serious threat from a very good team. It takes all four quarters, but a late game Fields touchdown run, followed by a defensive stand to end the game gives Ohio State a too-close-for-comfort, come-from-behind victory over their in-state rivals.”