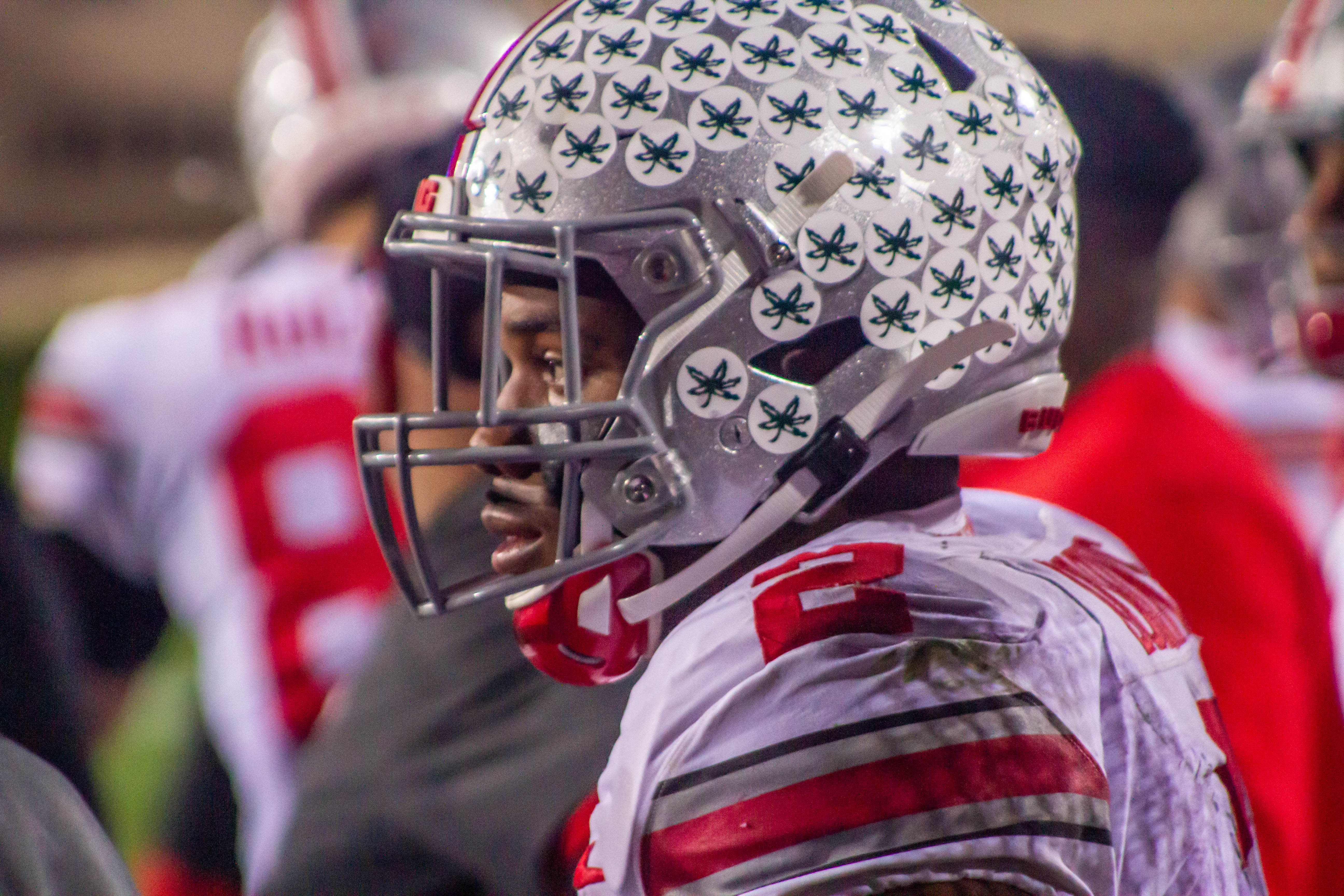 Ohio State hosts Wisconsin on Saturday afternoon (12 p.m. on FOX) in what will likely be its toughest challenge so far this season.

With the Badgers coming off a demoralizing loss at the hands of lowly Illinois last weekend, the Buckeyes enter the contest as a 14-point favorite. Is that too high? The staff at Buckeye Sports Bulletin — which includes Wyatt Crosher, Joe Dempsey, Andrew Lind and Patrick Mayhorn — doesn’t seem to think so.

WC: “Ohio State comes in a two-touchdown favorite in its hardest matchup yet, and I think the spread is again somewhat fair. I think some people are underestimating Wisconsin after its terrible loss to Illinois, which I totally get.

It is easy to overlook a team when Ohio State is around the corner — it happens all the time — so I don’t read too much into that game, as it may just make Wisconsin come into the game even more motivated.

“Jonathan Taylor is a stud and Jack Coan has been reliable for the Badgers, but it is Wisconsin’s defense that I think could give Ohio State trouble, especially in rainy conditions.But even if Justin Fields and the offense sputters more than it has all year, I do not see the Buckeyes losing this game. Their defense has been too good, and Wisconsin’s offense just does not have enough weapons outside of Taylor to really make this go down to the wire.

Ohio State should win this, but it will be its closest game thus far.”

JD: “Ohio State has the third highest powered offense in the nation, scoring 49.7 points per contest, while Wisconsin enters with the No. 1 defense in the country, giving up only 7.6 points per game.

“Offensively, the Badgers put up 39.7 points per contest, which is No. 12 in the FBS. They will be tested by the stingy Ohio State defense, which only gives up 8.0 points per game, ranking second nationally.

“Neither team has faced a nationally elite opponent yet, so the Big Ten battle in the Horseshoe will serve as a test for both programs.

“Wisconsin will be fired up following a loss to Illinois, while the Buckeyes turn their ‘one week at a time’ approach toward souring the Badgers’ trip to Columbus.

“Emotions can only take a team so far, execution will determine the victor.”

AL: “While most people will see the rain that is expected throughout the game as a negative for Ohio State, it’s something both teams will have to deal with. And if I’m going to choose one quarterback in this game better equipped to throw the ball in wet and windy conditions, it’s going to be Fields over Coan.

“Because of the weather, the Badgers will be a bit more one-dimensional, and that will allow the Buckeyes to bring defenders closer to the line of scrimmage that usual. That’s bad news for the visiting team that would prefer to have fewer players in the box to combat their run-heavy offense. It will take several — and I mean — several missed tackles and a complete breakdown for Taylor to get going at any point.

“Now I’m not saying this game will get out of hand like the 2014 Big Ten Championship game. Honestly, I’m not sure I’ll witness another beatdown like that in my life. But I don’t think these teams are anywhere close in talent level, and Ohio State should flex its muscles in the run game and on defense. The Buckeyes will win comfortably, even if the game is cold and wet throughout.”

PM: “Ohio State is faced with its stiffest test to this point in the season on Saturday with Wisconsin. The Badgers are far and away better than anyone Ohio State has beaten and presents legitimate challenges for both sides the ball that Ohio State just hasn’t yet faced.

“Taylor is great, that defense is very good and the Badgers will beat Ohio State if the Buckeyes aren’t fully prepared.

“To this point, nothing indicates that they won’t be ready. Ohio State has had a great gameplan for each game this season and I don’t think that changes for the biggest game of the season. It might be close for a quarter or a half, but Wisconsin doesn’t have the talent to keep up with the Buckeyes. Ohio State pulls away and snags a signature win.”