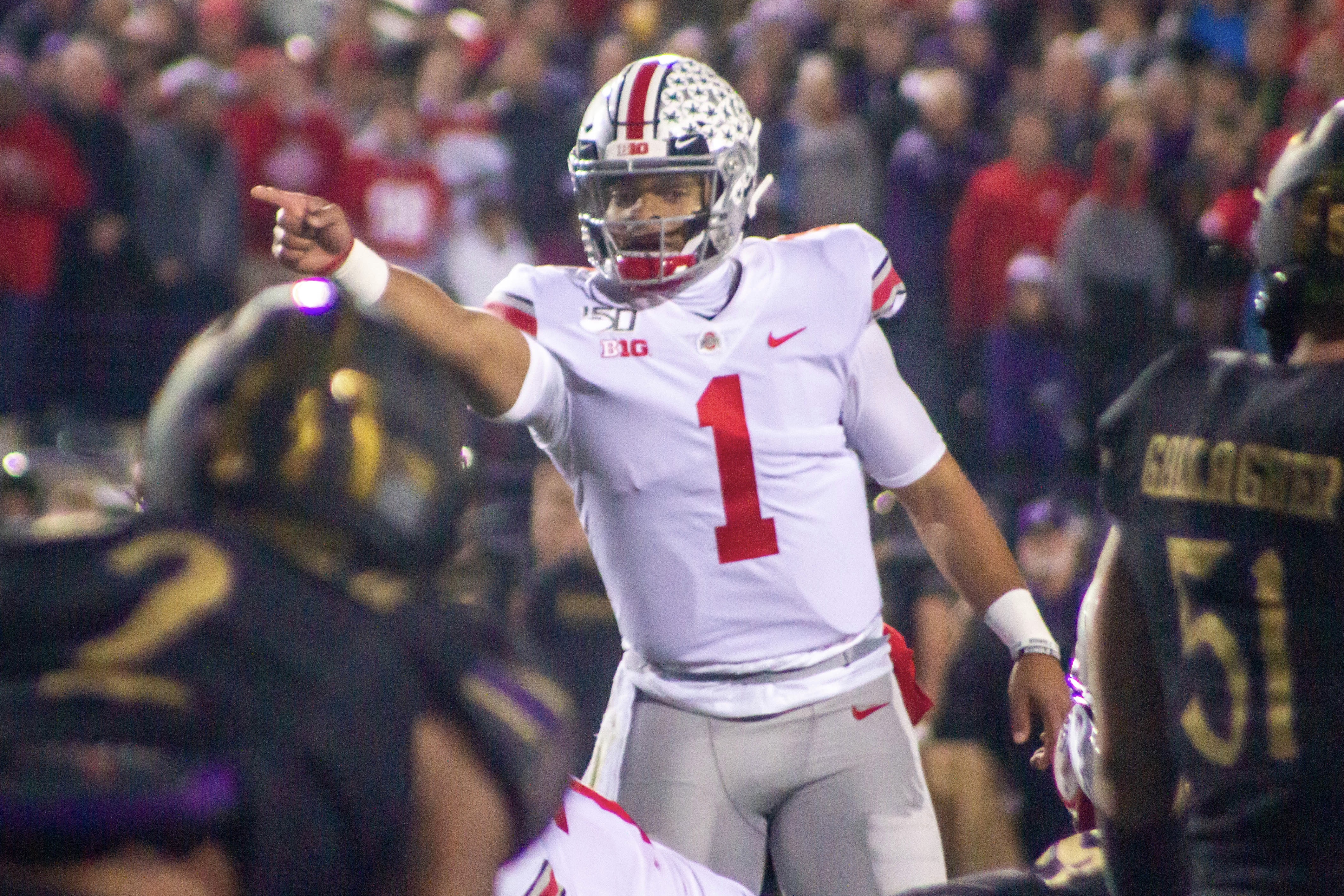 Ohio State heads to Ann Arbor for its regular season finale on Saturday afternoon against Michigan (12 p.m. on FOX). The Buckeyes, who have already clinched their spot in the Big Ten Championship, are an 8.5-point favorite over the Wolverines.

With that, the staff of Buckeye Sports Bulletin — which includes Wyatt Crosher, Joe Dempsey, Andrew Lind and Patrick Mayhorn — made their predictions for the 116th rendition of the rivalry below:

WC: “Last season, there were plenty of reasons to believe Michigan would end the losing streak to Ohio State, and that team lost to the Buckeyes by 23.

“While I do expect a closer game this season, there is something about how the Buckeyes prepare for the Wolverines that has been unstoppable in recent memory, and I don’t expect that to change under Ryan Day. But, I do think the improvements in the offense as of late from Michigan give the Wolverines a slim chance to pull off the major upset.

“Still, Ohio State’s most “flawed” game resulted in an 11-point win against a top 10 team, so if the Buckeyes clean the turnovers up, get the offense going and make a few early stops, they have the talent to end up with a similar margin as the coveted 62-39 in 2018.

“I expect something less drastic than that, but there is just too much talent and too much preparation on Ohio State’s side to see a way Michigan can truly upset. I’m interested to see what Shea Patterson does, and how well he can use his loaded wide receiver core with Ohio State possibly missing Shaun Wade, but I am equally interested to see if the Buckeyes continue to rely on the run game, or if Justin Fields can create a breakout performance in the biggest game of the season.

“The Big House is a good advantage, and Michigan is playing its best football right now, but the same could be said last season, and Ohio State has shown far too few of flaws to see anything other than a 1-0 start against the Wolverines to begin the Ryan Day era.”

JD: “Ohio State brings the nation’s No. 1 scoring offense with 49.4 points per game to Ann Arbor, Mich., where the Wolverines await, allowing only 16.2 points per game.

“Michigan’s defense may be better than advertised, surrendering just 105.9 rushing yards per game (No. 13) and 111.8 through the air, which is fourth-best in the country.

“Overall, Michigan’s only given up 267.0 yards per game, which is No. 4 in the nation. The Wolverines may be able to get a few stops against Ohio State’s high-powered offense, but they will not keep up.

“The Justin Fields and J.K. Dobbins-led Buckeye offense will have success against Michigan’s defense, and this one could get away from the Maize and Blue early if they fail to stop the Scarlet and Gray on third down.

“Winning third downs will be critical in this year’s rendition of The Game, and Ohio State possesses a clear advantage in that category. The Buckeyes convert third downs at a nation-leading 58.1 percent rate, whereas the Wolverines are No. 61 with a success rate of 40.6 percent.

“Win third down and take care of the football and Ohio State should be victorious.”

AL: “Depending on your point of view, one could argue Ohio State has not been tested this season. But on the other hand, I’d be quick to point out the Buckeyes have passed every test with flying colors.

“Whether it was a shutout of upset-minded Cincinnati early in the season, defensive dominance against Wisconsin or overcoming turnovers versus Penn State, Ohio State has done everything it can — and more — to prove its the best team in the country right now. But one last test remains with a road trip to Michigan this weekend.

“Sure, The Game means almost nothing for the Buckeyes’ postseason hopes. They’re already on their way to the Big Ten Championship in Indianapolis by virtue of their win over the Nittany Lions last weekend. And a win in that game would certainly punch a ticket to the College Football Playoff, no matter the result against the Wolverines — well, aside from a blowout in favor of the home team.

“So maybe Ohio State comes into this game with that same attitude and Michigan head coach Jim Harbaugh finally gets his first win in the rivalry. I just don’t see it happening, though.

“Much like his predecessor Urban Meyer, nothing means more to head coach Ryan Day than bearing the Wolverines. Not a Big Ten title, not a College Football Playoff national championship. The results of this game will define his legacy in Columbus, and he’ll have his Buckeyes focused and ready as a result.

“As for the on-field play, there’s no doubt Ohio State will be challenged defensively by quarterback Shea Patterson and company. The receivers group is by far the most talented the Buckeyes have faced, too. But the Michigan defense won’t be able to stop quarterback Justin Fields and running back J.K. Dobbins, either, and the Wolverines simply don’t have enough firepower to keep up.”

PM: “Michigan is the best opponent Ohio State has faced this season, and will present a serious challenge, especially with this game being in Ann Arbor. Michigan has elite receivers, a passing game that is hitting its stride, and one of the better defensive backfields in the country.

“However, it’s hard to shake the feeling that there’s nothing Michigan does that Ohio State can’t handle. No one has had time to throw deep on Ohio State this year, rendering Michigan’s big play passing attack essentially useless. The Buckeyes are a run first team, meaning that backfield really won’t play a key role, especially with Michigan’s front four being the weakest part of the deepest.

“It feels like Michigan’s best bet would be to force enough turnovers to keep it close, and then hope Ohio State can’t handle a tight game late. That feels unlikely, even knowing what the Buckeyes did against Penn State.

“It’ll be close for a half, and perhaps even three quarters, but Ohio State pulls away and heads to the Big Ten Championship game undefeated.”