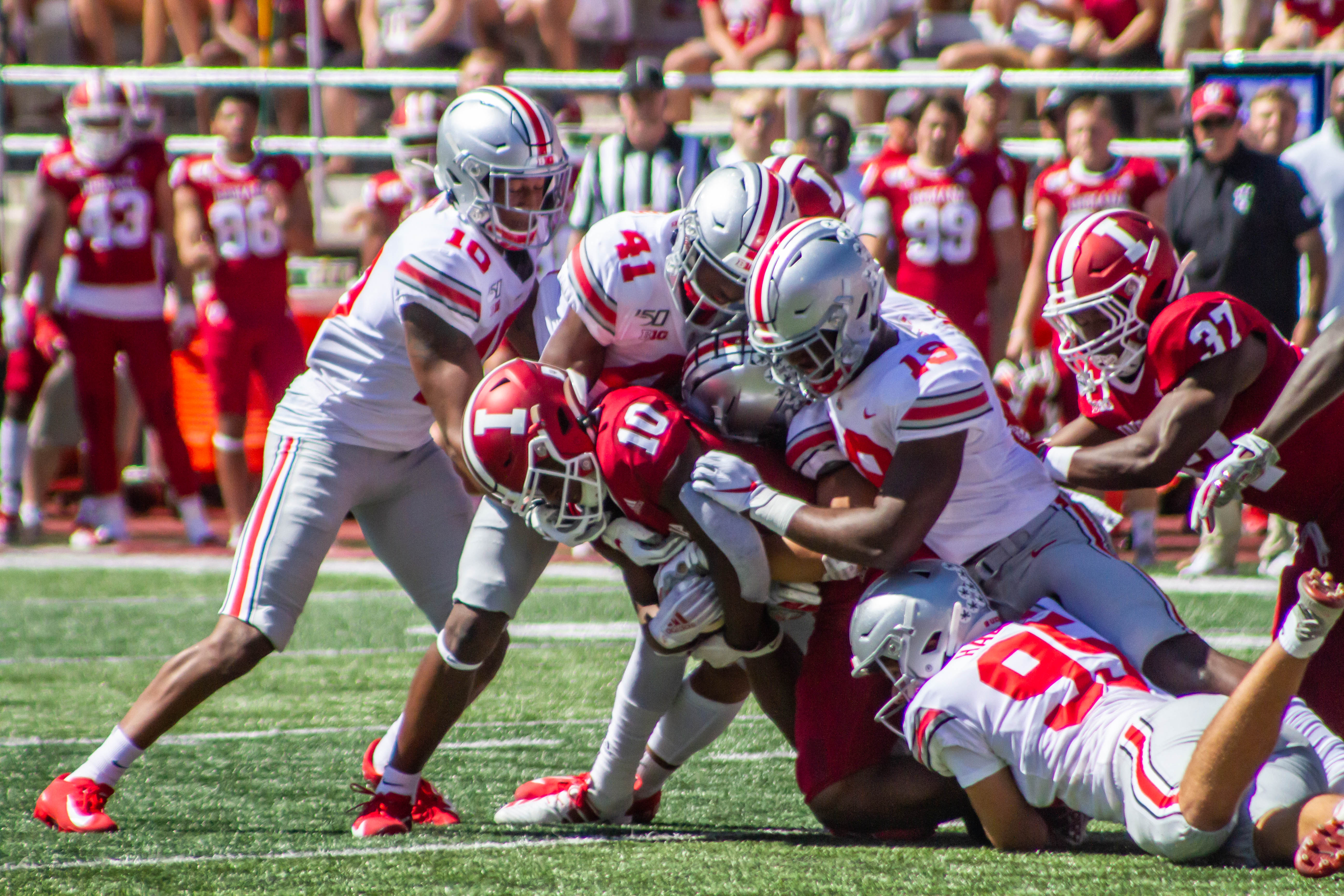 Ohio State wraps up non-conference play against Miami (Ohio) on Saturday afternoon (3:30 p.m. on BTN), and it’s not expected to be particularly close.

The Buckeyes are a 38.5-point favorite over the RedHawks, who enter the contest at 1-2 overall — with their only victory coming over FCS Tennessee Tech. Miami is 89th in the nation in points (25.0) and 116th in passing yards (162.7) per game, which means Ohio State’s defense should be in for quite the game.

With that said, the staff of Buckeye Sports Bulletin — which includes Wyatt Crosher, Joe Dempsey, Andrew Lind and Patrick Mayhorn — anticipates the Buckeyes to strike early and often on their way to a blowout win over the RedHawks.

“Maybe if Miami had the opportunity to open its season against the Buckeyes there would be some hope for the RedHawks to at least make it somewhat close. But at this point, with Ohio State setting ablaze every team it has faced, I just don’t see it happening, unless the Buckeyes are so focused on upcoming games that they physically forget to show up at the stadium.

“This one could, and should, get ugly quick, and it will be a great one to see some of Ohio State’s younger talent that is lower on the depth chart.”

JD: “Ohio State is coming off a 51-10 beatdown of Indiana, following its 42-0 domination of Cincinnati, and that does not bode well for the lesser Miami (Ohio). The RedHawks lost to the same Bearcats, 35-13, just a week after the Buckeyes trounced them in Columbus.

“Miami has a freshman quarterback in Brett Gabbert, who will probably want to throw the ball away before the Chase Young-led Ohio State defense can get to him. Gabbert has not yet eclipsed 186 passing yards in his young career and is not expected to against a solid Ohio State defense, who allowed just 195.7 passing yards against three tougher opponents.

“Garnering production in the ground game has been difficult for Miami thus far, gaining 59 yards on 25 attempts (2.4 yards per carry) against Iowa and 64 yards on 40 tries (1.6 ypc) against Cincy. The RedHawks’ struggles against the run could be problematic against Ohio State, who ranks No. 4 in the country in run defense, stifling opponents to a 57.0-yard average per game.

AL: “Miami shouldn’t provide much of a challenge this week — even for Ohio State’s second- and third-string players. And, quite frankly, I don’t believe the spread is even close to being big enough given the talent disparity between the two teams.

“Quarterback Justin Fields should have a three or four touchdown passes through the air while running back J.K. Dobbins will add a couple on the ground before halftime. That’ll give head coach Ryan Day and opportunity to see if Gunnar Hoak or Chris Chugunov can solidify their spot as the backup with some strong second-half play.

“Backup running back Master Teague will go over 100 yards for the second week in a row as he continues to make up for lost practice time thoughtout fall camp, while it wouldn’t surprise me to see Marcus Crowley come close to or eclipse the century mark, as well.

“Like I said, Ohio State will empty out the bench by the time the fourth quarter rolls around. The only real question will be whether or not Miami can score on the defense — and I just don’t see it happening. It’s going to be a long afternoon, and it might be worth it for the RedHawks to start the game with a running clock.”

PM: “Of every game on Ohio State’s schedule, there isn’t one that I’m more sure about (save for maybe Rutgers) than Saturday’s matchup with Miami (OH). Unlike with FAU, Cincinnati and Indiana, three very beatable teams that the Buckeyes did obviously dismantle, Miami is without any obvious strengths. The Redhawks are breaking in a young quarterback, behind a bad offensive line, without any real running game to keep the offense afloat.

“Defensively, it’s just about the same story. Miami is going to be a decent MAC school, as it should be, but Chuck Martin was right when he said that this game is a lot like recess football, where Ohio State had the first 85 picks. This game is probably out of hand by the end of the first quarter, and Miami is only able to move the ball slightly on Ohio State’s backup defenders.”