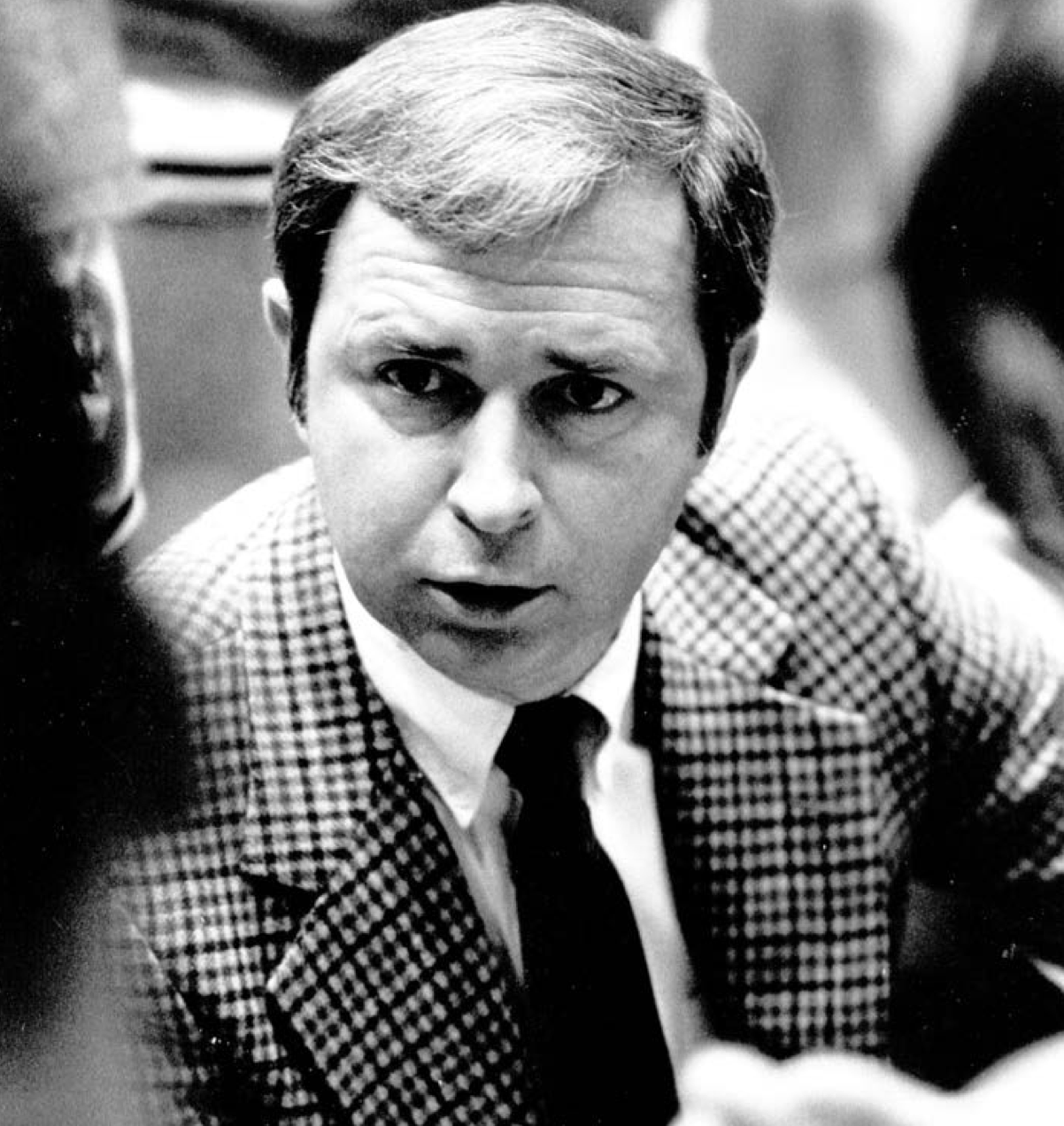 Eldon Miller is quick to tell you he’s never had a job he didn’t love. That’s quite a statement considering he has spent 49 years coaching basketball at the collegiate level, including 36 as a head coach – a run that spans him taking over the top job at his alma mater, Wittenberg, as a 23-year-old in 1962 to serving as a volunteer assistant coach at UNC-Pembroke as an aid to his son, Ben, until a couple of years ago.

Most noteworthy in that tenure to Buckeye fans, of course, was when the Gnadenhutten, Ohio, native was Ohio State coach from 1976-86. Those 10 seasons had their share of highs and lows, but the program welcomed some all-time greats during that time and Miller capped his OSU career with an NIT championship.

Buckeye Sports Bulletin contributor Jeff Rapp spoke with Miller for the annual interview issue and in a three-page Q&A, Miller discussed his lifelong love of basketball and his experiences at Ohio State.

Here is a sampling of questions Rapp asked Miller about his extensive career:

BSB: What started all of it for you?

Miller: “Well, I started where I played. I played at Wittenberg, which is a great program. Ray Mears was the head coach who got it going. Five of us in a row from Wittenberg went to Division I head (coaching) jobs. I was the second. You won’t find that at any other small college. It’s the winningest small college basketball school in America since 1955.

“Mears was a terrific coach and had a great career at Tennessee after he left. Then, of course, I was there eight years, and then I was at Western Michigan for six. Probably one of the best four teams I ever coached was the last one there. We were 10th in the country at the end of the year. We’re in the Sweet 16, and the regional is the same one with Indiana’s undefeated team, along with Alabama and Marquette. We lost to Marquette by five.”

BSB: You mentioned Indiana earlier. I’m just wondering if you could talk about that rivalry. It’s been a great rivalry for some time, even before you and certainly after you. But, boy, those years you were there, those were just some intense games.

Miller: “It always will be. Indiana’s basketball history, it goes back farther than the Fred Taylor era at Ohio State with great teams they had with (coach) Branch McCracken. I’d go talk to Knight about basketball before I even got the job and was at Western Michigan. We were fierce competitors and we got after one another, and one game he didn’t like a tough foul and we exchanged words, but we had great respect for one another.

“To be honest with you, the Ohio State people were wonderful people, but they were not promoting basketball when I went there. If you take a look at the Indiana press guide in 1975 and look at Ohio State’s press guide in 1975, you get an idea of the picture. Knight has the best program in the country and we’re at the bottom of the Big Ten. So when they hired me, I said, ‘You know, we’ve got a lot of catching up to do, and when we do, when we catch up, we’re still going to have to beat Indiana.’ That’s not changed.

“Knight and I ended up being pretty close. We always were, really. But when I got fired at Ohio State, he calls me and says, ‘I’ll fly anywhere and talk to people at any job you’re interested in.’”

BSB: Is there an aspect of your coaching that you are especially proud of?

Miller: “I had 24 assistant coaches in the 36 years I was a head coach, and 22 of them became head college coaches somewhere. That includes Bob Huggins, who’s at West Virginia, and we talk all the time. I had Randy Ayers and Jim Cleamons. Randy is still scouting and Jim is retired now, but you talk about great basketball people. Randy Ayers and Jim Cleamons, it doesn’t get any better than that.

“Some of those coaches I had at Northern Iowa. I had 12 years there. But Ohio State is the top of the mountain. I loved my time there, but I basically forced them to fire me.

“I had a really young team the year I got fired. They were trying to figure it out. We were starting and playing freshman a lot, but at the last half of the year we were starting to come on, so I wasn’t too worried. I thought we’d have a good chance to win the NIT.”

Rapp’s full interview with Miller features 25 more questions that can be seen in the July print edition of Buckeye Sports Bulletin available to subscribers. Subscribe at this link to receive immediate online access, or call 614-486-2202 to subscribe and receive online access, and ask about receiving our July interview issue.