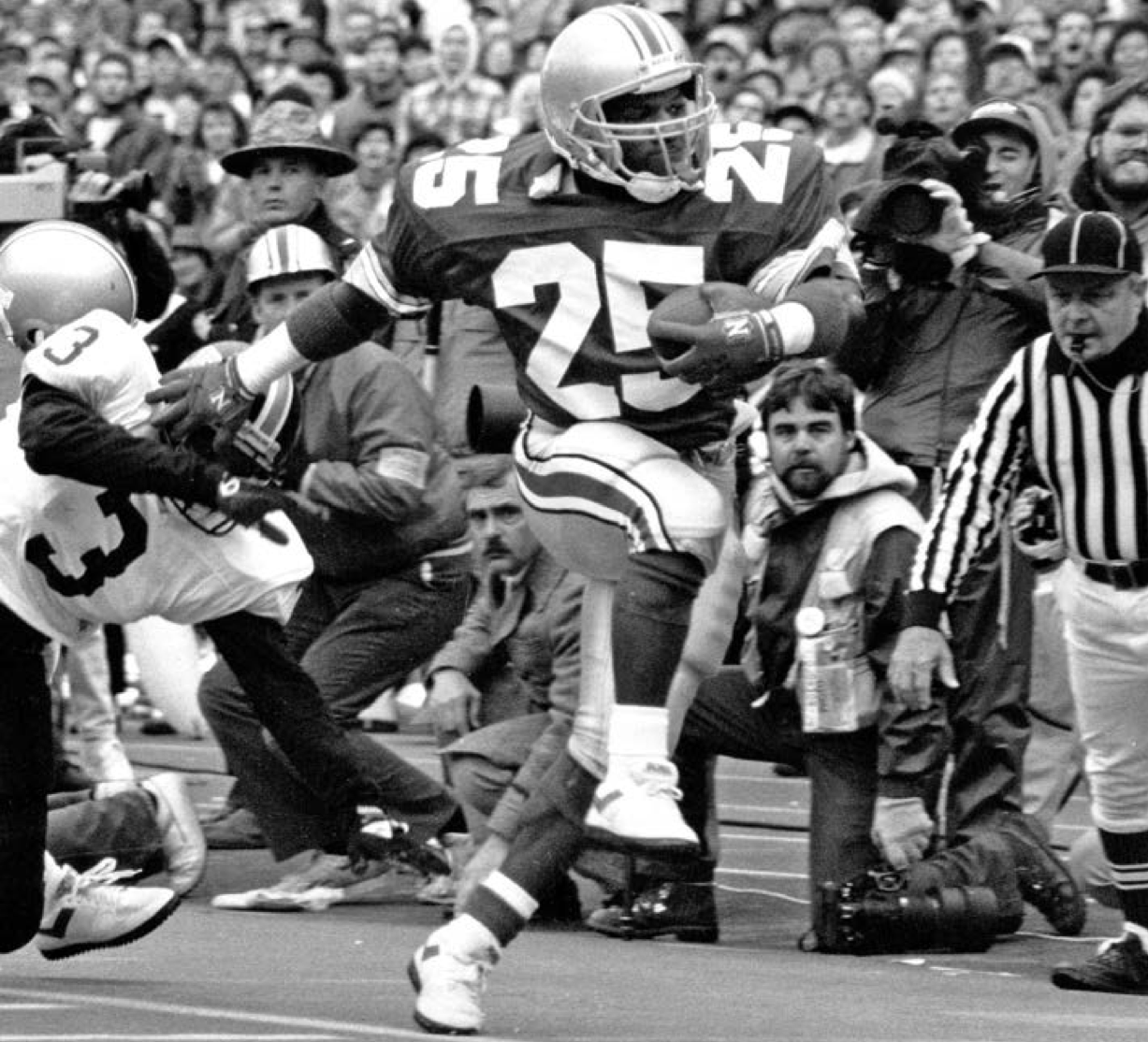 Carlos Snow laughed – a lot – during a 25-minute chat with Buckeye Sports Bulletin. The one-time Ohio State standout running back has reasons to joke about himself and his journey that led him, at age 53, to finally receive his diploma on May 9 in Ohio Stadium.

His candor throughout the interview contrasted with the feelings he hid inside as his life spiraled out of control, leading to homelessness, alcoholism and drug abuse, some of it related to the pain from his
many football injuries.

He’s experienced it all, including trying to take his life, but Snow said he’s been sober for more than five years and with the aid of Columbus area doctor Bernard Master, he graduated with a 3.7 GPA in sociology from Ohio State in the degree completion program nearly 35 years after first enrolling in the school to play for coach Earle Bruce.

BSB staff writer Craig Merz spoke with Snow for the annual interview issue and in a two-page Q&A, Snow discussed his Ohio State playing career and returning for his degree.

Here is a sampling of questions Merz asked Snow about his time with the Buckeyes and his return to Ohio State to complete his degree in sociology:

BSB: You have your degree, what’s next for you?

Snow: “Right now, I’m working on part two of the game plan and that’s to find me a job. I’m starting to update my resume and seeing what’s out there.

“I wouldn’t say it’s scary. It’s going to be challenging, and the reason I say that is sometimes I’m not going to be able to do all that physical stuff with the knee surgeries, the back surgery, the hip replacement.

“I’m looking for a mentorship program or something like that. My degree is in sociology, social work. I’ll be looking at that field. Hopefully, I can work for Ohio State. Oh man, that would be a dream come true.”

BSB: Moving ahead to your freshman season in 1987 when Coach Bruce was fired the week of the Michigan game, you had just lost at Iowa after the Hawkeyes beat you (29-27) when they scored on a fourth- and-23 from your 28 with six seconds left. What was that week like?

Snow: “I just felt so bad for him. I felt so bad for the players. We really did admire Coach Bruce. He was like our god at that time – everything he said, everything he did when he talked about being a Buckeye. Those last few weeks when he found out he was no longer coaching, it was hard for him to talk to us without breaking down, especially the senior (tackle) day.

“We had a good group of coaches we really looked up to too. (For the Michigan game) we just needed to go out there and do what we needed to do. There was no speech at halftime. He didn’t say anything because he was so emotional. So we took that and ran with it. We were really fired up.

“Earle Bruce was sharp. He believed in what he did. He really believed in that three yards and a cloud of dust. I’d get two or three yards, but first of all hold onto the ball.

“It was sad when he was let go. I never considered leaving. First, my daddy said we don’t know where he is going to go but if you want to go, we’ll support you. That’s when I thought once a Buckeye, always a Buckeye. I stuck around, and everything turned around for the better.”

Merz’s full interview with Snow features 15 more questions that can be seen in the July print edition of Buckeye Sports Bulletin available to subscribers. Subscribe at this link to receive immediate online access, or call 614-486-2202 to subscribe and receive online access, and ask about receiving our July interview issue.