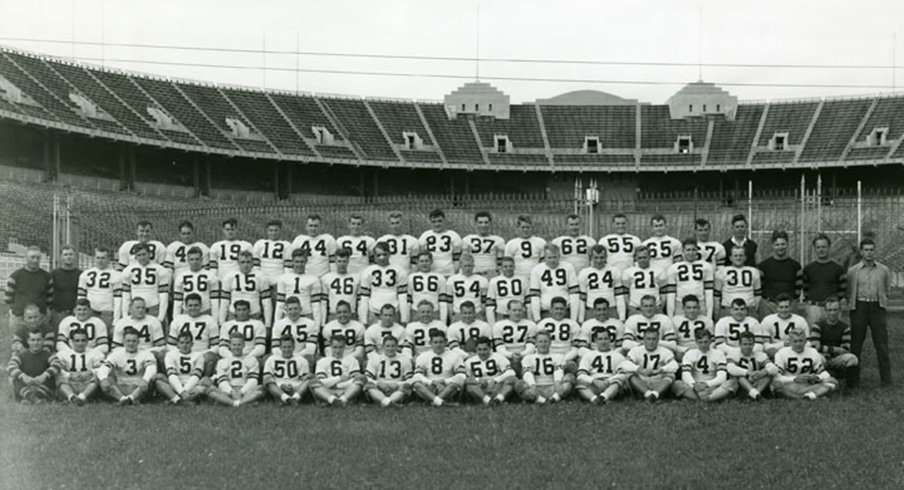 After a fourth-quarter breakdown cost Ohio State a win over Notre Dame in the “Game of the Century,” the Buckeyes received another opportunity to beat the Fighting Irish on Halloween in 1936. Unfortunately, they couldn’t change the outcome.

In this week’s edition of BSB Flashback, we look at the second all-time matchup between Ohio State and Notre Dame on Oct. 31, 1936. Before we begin, let’s look at the all-time comparisons between the programs through the 2021 season.

Ohio State and Notre Dame are two of the most storied programs in college football history, modeling consistent success across several decades. The schools have combined for 19 national titles and nearly 1,800 weeks in the AP Top 25 poll, with over 200 weeks as the No. 1 overall teams. Additionally, the Buckeyes and Irish have produced 195 All-Americans, 14 Heisman Trophy winners and over 1,000 NFL Draft picks, including 157 first-round selections.

The Rematch occurred in South Bend, Ind., with 50,000 spectators — a then-record for Notre Dame Stadium. Ohio State entered the contest 2-2 with wins over New York University and Northwestern and losses to Pittsburgh, 6-0, and Northwestern, 14-13. Notre Dame was 3-1 with victories against Carnegie Mellon, Washington (MO) and Wisconsin and a loss to Pittsburgh the week before.

The 1936 iteration of the matchup was far less eventful than in the previous season, primarily due to the poor weather conditions. The rain poured down in northern Indiana with winds blowing in several directions. In the days before AstroTurf and FieldTurf, the widdled down grass turned to mud piles and puddles, making it very difficult to create any offensive production. It wasn’t the Snow Bowl of 1950, but it was still a challenging environment for the teams to play the game.

With home-field advantage, Notre Dame jumped in front 7-0 and held a commanding lead for most of the contest. Ohio State failed to produce points, but the defense managed two of them from a safety, putting the score at 7-2. In the four quarter, the Buckeyes drove to the 12-yard line, but they once again became victims of football’s rules at the time.

Nick Wasylik threw two straight incomplete passes into the end zone, which — in 1936 — resulted in a touchback and awarded the Irish possession. Ohio State coach Francis Schmidt and his players argued that the second pass bounced off the ground before it reached the goal line, but the officials disagreed and announced a turnover. Notre Dame ran out the clock and won The Rematch, 7-2.

Ohio State would have to wait 60 years to claim its first win against Notre Dame. That would come on Sept. 30, 1995, inside the Horseshoe. Heisman Trophy winner Eddie George had a day, rushing for 207 yards as the Buckeyes racked up 533 yards of offense. We’ll touch on that more next week for the third version of BSB Flashbacks.