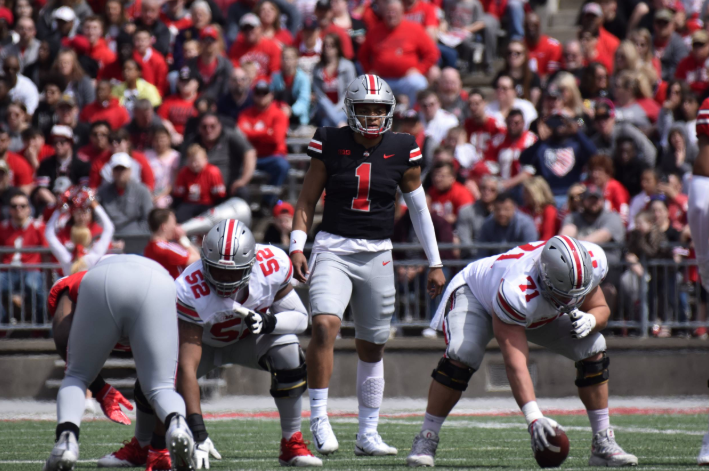 Even though Ohio State’s annual spring game was cancelled amid the worldwide coronavirus outbreak, the staff at Buckeyes Sports Bulletin decided to hold a fantasy-style draft to determine the rosters for a hypothetical scrimmage.

The Scarlet team — coached by staff members Wyatt Crosher and Andrew Lind — held the first and fourth picks of every round for the offensive positions groups, while the Gray squad — which includes staff members Joe Dempsey and Patrick Mayhorn — held the second and third picks. To be as fair as possible, that flipped when the defense became the focal point.

Each team also got one starting special teams player.

It’s worth noting players like running back Master Teague, who suffered an unspecified injury during the first practice of the spring, would not have played in tomorrow’s game if it were taking place and were not drafted as a result.

With that said, the following is a breakdown of BSB’s 2020 spring game rosters:

*Denotes first pick of each round

So which team do you think would come out victorious and who be landscaping Buckeye Grove in the coming weeks? Aside from the obvious difference in experience at quarterback, it seems the rosters are split evenly.

The amount of talent at the wide receiver position also stands out, which could lend itself to a high-scoring game. That’s why the staff at BSB decided to take it one step further by putting these exact rosters on EA Sports’ NCAA Football 14 video game and simulating the spring game for your enjoyment.

Stay tuned for those results.