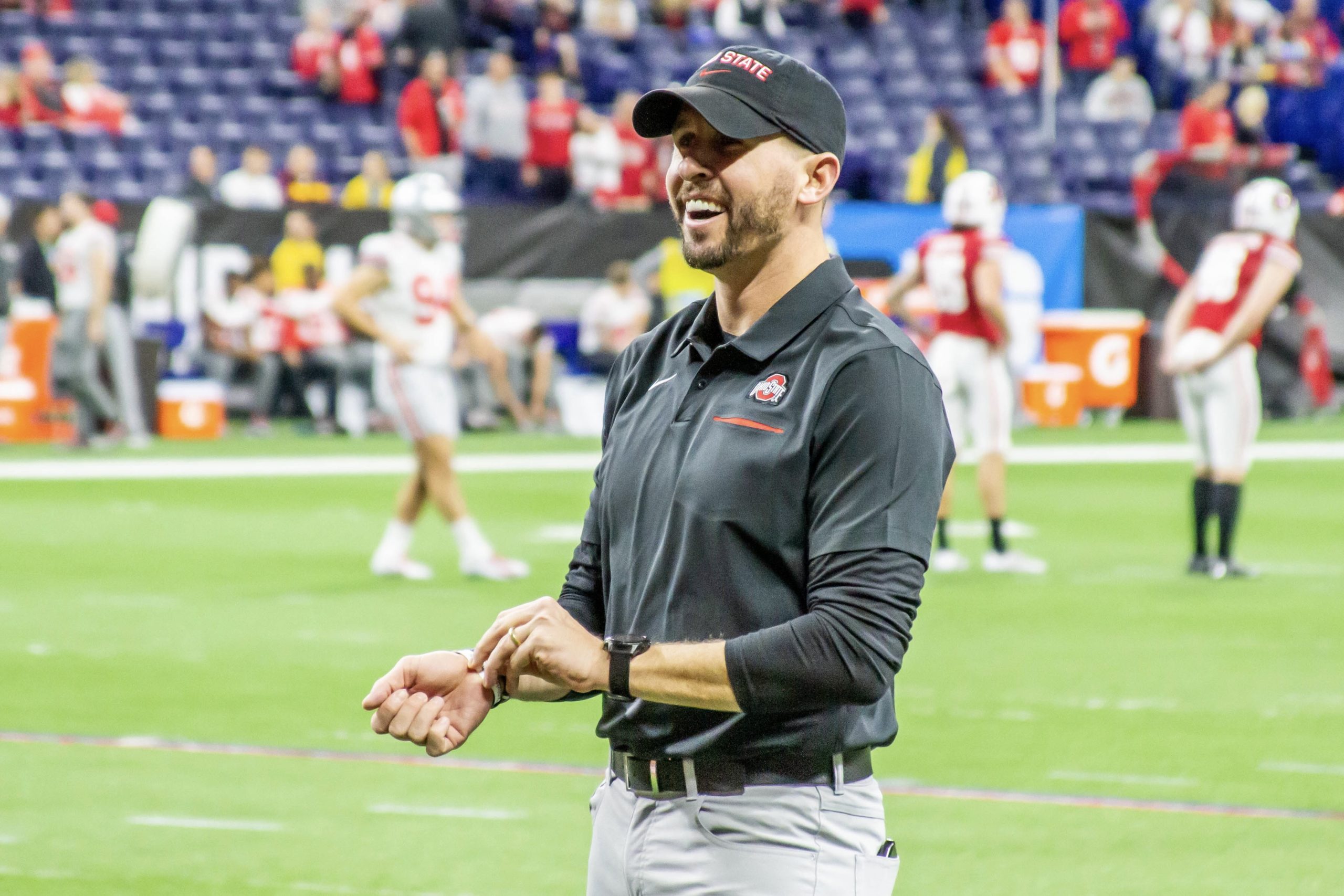 Ohio State’s wide receivers room was one of the best position groups in the country this year, and for its efforts, coach Brian Hartline has been named FootballScoop’s Wide Receivers Coach of the Year.

Olave returned for a final season at Ohio State, hauling in 65 catches for 936 yards and 13 touchdowns, while Wilson continued his impressive career, going for 70 catches and 1,058 receiving yards to go with 12 touchdowns. Both declared for the NFL following this season.

While the two veterans got the most discussion heading into the season, it was Smith-Njigba that broke out, breaking the Ohio State single-season record for receptions (95) and yards (1,606), while also bringing in nine touchdowns.

He also set the Ohio State single-game record with 15 receptions, twice, and 347 yards in the Rose Bowl, which also set the record for receiving yards in any bowl game.

While those three dominated this season, Hartline also got to show off a number of younger players he’s coached up, including freshman Marvin Harrison Jr., who went for three touchdowns in the Rose Bowl, as well as freshman Emeka Egbuka and sophomore Julian Fleming, who each has season-highs in receptions in the Rose Bowl.

Since taking over as wide receivers coach in 2019, Hartline has consistently produced one of the best wide receiver rooms in the country, providing no shortage of talent in his recruiting efforts. In 2022, he’s already signed two top-100 receivers – Caleb Burton and Kaleb Brown – as well as Kyion Grayes and Kojo Antwi, both top-150 prospects in their own right.