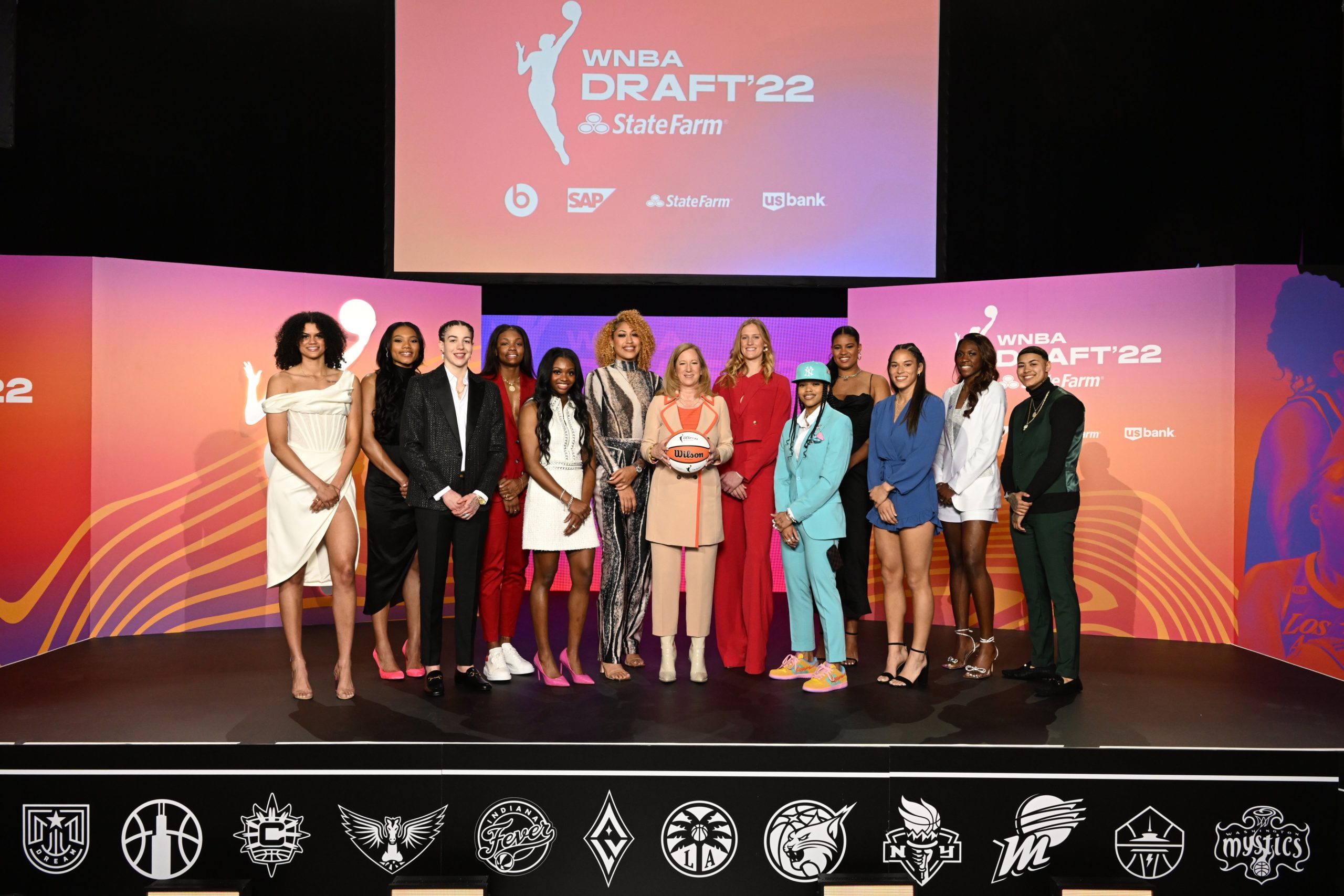 The 2022 WNBA Draft was held on Monday evening, and several former Big Ten players heard their names called to join the ranks at the next level.

Five former conference players – either who finished their careers with a Big Ten team or played for one at one point – were drafted, including one that Ohio State fans will recognize: Kierstan Bell, who was drafted to the Las Vegas Aces with the No. 11 overall pick. She played for one season at Ohio State before finishing out her collegiate career at Florida Gulf Coast, where the team was a 12 seed in the recent NCAA tournament.

The SEC had the most draftees with seven, including the No. 1 overall pick with Kentucky guard Rhyne Howard headed to the Atlanta Dream. The ACC had six selections, followed by the Big Ten with four and the Big 12, Big East and Pac 12 each with three selections.

Northwestern guard Veronica Burton was the first Big Ten player off the board, going to the Dallas Wings at No. 7. While the Wildcats did not have the season they were hoping for – a 17-12 record but just 8-8 in conference play – Burton was the clear star, averaging 17.8 points, 6.4 assists, 5.5 rebounds and 4.0 steals per game.

Burton’s impact was felt all over the court, especially so on the defensive end where she was a three-time Big Ten Defensive Player of the Year.

As previously mentioned, Bell then was taken off the board by the Las Vegas Aces with the No. 11 overall pick. Bell played at Ohio State for one season, scoring 10.9 points per game in her freshman year before electing to transfer to the Eagles.

In her two seasons at Florida Gulf Coast, she started 46 games and averaged 23.8 points on 49.4 percent shooting. She was limited this past season following a torn meniscus, but still played in 21 games and helped lead Florida Gulf Coast to its fifth consecutive NCAA tournament appearance.

The next pick was Michigan State guard Nia Clouden, who the Connecticut Sun drafted with the No. 12 selection. If not for Iowa’s Caitlin Clark or Michigan’s Naz Hillmon, Clouden would have been the talk of the town in the Big Ten this past season, averaging 20.0 points, 4.2 rebounds and 4.2 assists per game while shooting 42.7 percent from the field.

Clouden finished her collegiate career as Michigan State’s No. 2 all-time scorer with 1,882 points and had the first 50-point game in team history, playing 46 minutes and scoring 50 points (on 17-of-28 shooting) in a double-overtime, 85-84 loss to Bell’s Eagles. She also finished 15 of 17 from the free-throw line.

The aforementioned Hillmon was taken three picks later at No. 15 to the Atlanta Dream, one of the team’s two draft picks along with Howard. She nearly averaged a double-double this past season, scoring 21.0 points and 9.6 rebounds per game.

She had double-doubles in 18 games, including in the Wolverines’ final six games of the season as Michigan made its first-ever run to the Elite Eight. Hillmon, in addition to becoming the first in team history to reach 2,000 points and 1,000 rebounds, also became the first WNBA draftee for the school.

With one of the draft’s final picks, the Indiana Fever elected to keep Indiana guard Ali Patberg at home, selecting her with the No. 34 overall pick. Patberg played in her seventh collegiate season last year, scoring 11.6 points and dishing out 3.4 assists per game.

She was part of a core for the Hoosiers – including Grace Berger, Nicole Cardano-Hilary and Mackenzie Holmes – that made it to the Sweet 16 for just the second time in program history.

While Ohio State did not have any players drafted, keep an eye on next year’s draft when guard Taylor Mikesell will almost certainly hear her name called. Mikesell could have gone into this year’s draft but opted to return for a fifth season and her second with the Buckeyes.

She would be the first Ohio State draftee since both Kelsey Mitchell and Stephanie Mavunga were drafted in 2018.