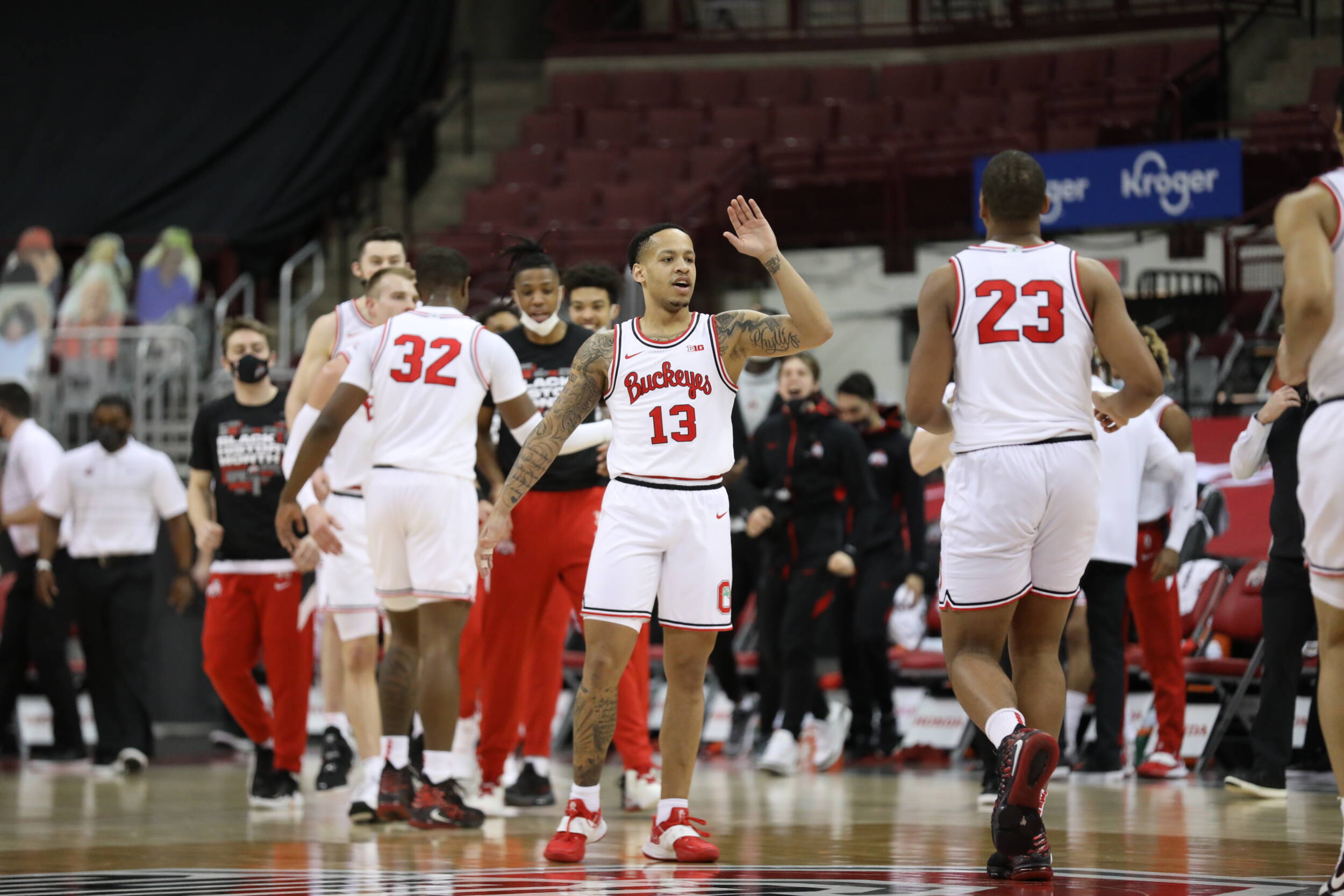 The 2021 Big Ten Men’s Basketball Tournament is set to begin later today with the matchups between seeds 11-14, and this year, nearly every game will hold weight or have the potential for an upset because of how deep the talent runs in the conference.

Ohio State will begin play on Thursday, and either opponent it will face will give the Buckeyes another chance to push a previous loss further into the back of their minds.

The first possibility is Northwestern, who Ohio State lost to 71-70 on Dec. 28 before beating 81-71 on Jan. 13. The other potential opponent is Minnesota, who the Buckeyes have only faced once, getting crushed on the road 77-60 on Jan. 3.

I think Ohio State gets past either team here, despite having trouble with both the Gophers and Wildcats earlier in the season. Northwestern comes into the tournament on a three-game win streak, and I think will continue that and beat Minnesota, but there’s just not enough firepower on that roster to compete.

If it is the Gophers that Ohio State faces, their powers will be severely diminished considering this game does not take place in The Barn, which is about the only place Minnesota can be a good basketball team: the Gophers are 13-4 at home and 0-10 on the road heading into tournament play.

Elsewhere in this round, I expect Michigan State to win close over Maryland, even though the Terrapins beat the Spartans by 18 points less than two weeks ago. I think Rutgers takes down an Indiana team that, to put it frankly, is in hell right now, and I think Penn State rides a big win over Nebraska into an upset over a struggling Wisconsin team.

In the next round, Ohio State takes on Purdue, a team that beat the Buckeyes twice by a combined nine points on Dec. 16 and Jan. 19. The Boilermakers quietly worked their way to a 4-seed in the conference and will be a tough out here for Ohio State.

Still, I think that added fuel of the regular season sweep will give the Buckeyes a boost here, and they will be able to take down Purdue and move on to the semis.

I think it is all chalk for the rest of this round, with the top three seeds in Michigan, Illinois and Iowa taking down the Spartans, Scarlet Knights and Nittany Lions, and all doing so by double digits.

These semifinals between the top four teams – at least, according to the AP poll – will be an absolute blast. First up, a rematch between Ohio State and Michigan, with the last matchup going down to the wire and ending with a 92-87 win for the Wolverines.

I expect this matchup to be lower scoring, simply because it is hard to be higher scoring. This will again come down to the wire, and again I think Michigan has the stronger defense to make some key stops down the stretch to pull out a close win over Ohio State and head to the championship game.

A 2-1 Big Ten tournament where the Buckeyes take down a pair of opponents that have previously beaten them, and then falling to the top seed, would give Ohio State some much-needed momentum heading into the NCAA tournament, and will instill some confidence that this group can indeed make a deep run.

As far as the rest of the Big Ten tournament, I am going, once again, with the easy picks. I think Illinois beats Iowa behind some heroics from Ayo Dosunmu, and I am actually going with the Wolverines to beat the Illini in the final.

I know Illinois just beat Michigan by 23 and did it without Dosunmu, but the Wolverines know that as well. That, along with the added chatter by the Illini that they deserved a piece of the regular season crown, will give Michigan an added pep in its step that will be needed to stop a red-hot Illinois team.

Here’s a look at my full Big Ten tournament bracket:

My pick for the Big Ten tournament MVP will go to Isaiah Livers, who will lead the Wolverines in scoring with impressive efficiency from three, while also providing a major defensive anchor. I could also see it going to Dosunmu, even after a losing effort in the finals.

Surely these will all be right, and if they aren’t, that just means that the real life tournament was wrong.