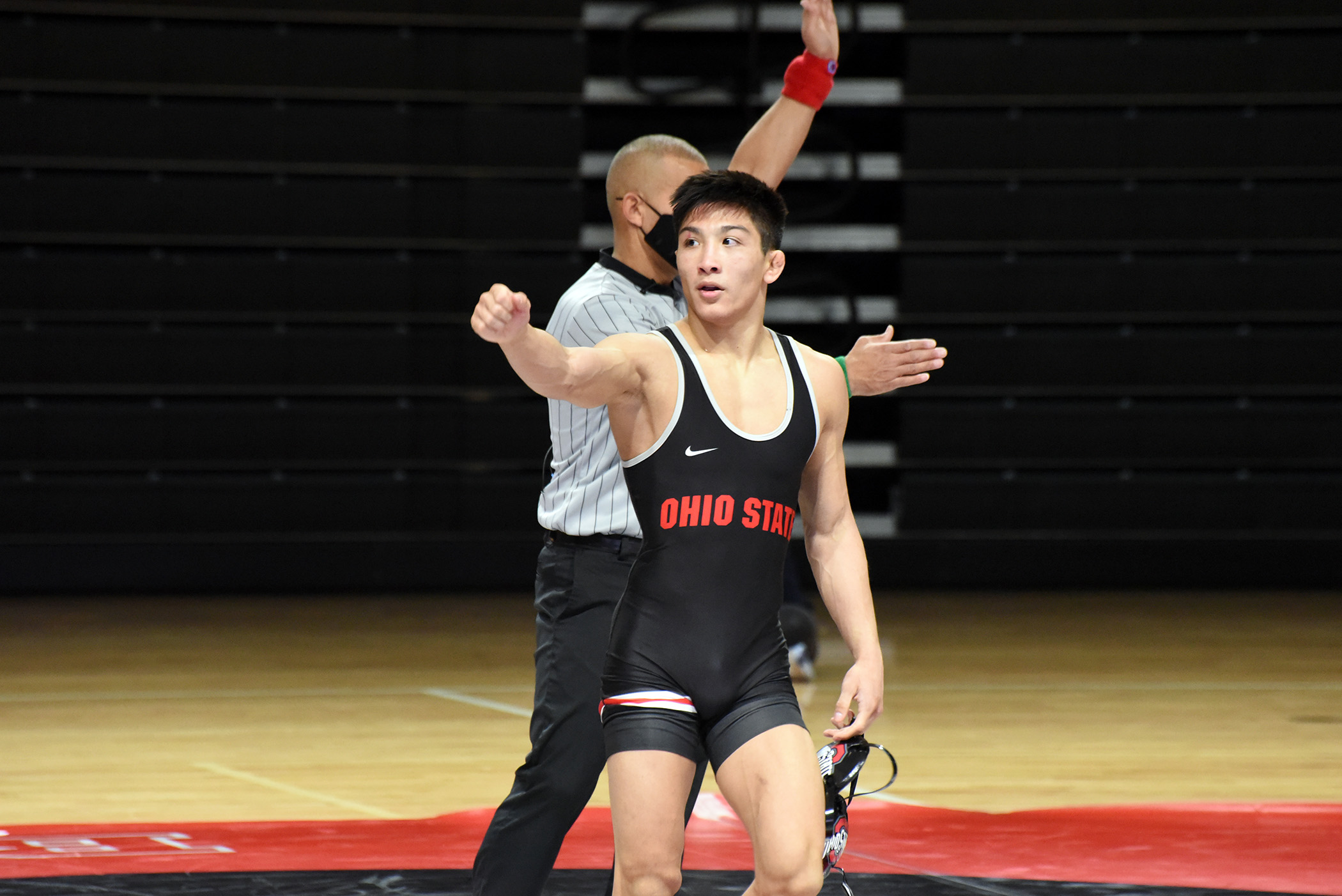 The Big Ten has released its wrestling pre-seeds ahead of the upcoming Big Ten Championships, scheduled for March 6-7 and set to air on the Big Ten Network throughout the weekend. Ohio State is well-represented after a 5-4 regular season campaign, with every one of its starting wrestlers cracking the top 10 at his respective weight class, and three checking in within the top three.

The lineup for the Buckeyes features no major changes from its traditional starting group, despite wrestle-offs at 141 and heavyweight that could have shifted the name on the list. Those battles went to Dylan D’Emilio and Tate Orndorff, respectively, while Jordan Decatur at 133, 157-pounder Elijah Cleary and 197-pounder Gavin Hoffman all managed to hold on to their spots.

Leading the lineup is the first of the three top three wrestlers, with 125-pounder Malik Heinselman checking in at No. 3, behind Iowa’s Spencer Lee and Nebraska’s Liam Cronin but ahead of Minnesota’s Patrick McKee and Michigan State’s Rayvon Foley. Heinselman managed to beat Foley in their regular season matchup, but fell to Lee, who stands as an extremely heavy favorite to take the crown at 125.

D’Emilio gets the nod at 141 ahead of Anthony Echemendia, checking in at No. 7. He’s behind Jaydin Eierman (Iowa); Nick Lee (Penn State); Sebastian Rivera (Rutgers); Chad Red (Nebraska); Dylan Duncan (Illinois) and Marcos Polanco (Minnesota) and ahead of Drew Mattin (Michigan); Parker Filius (Purdue) and Cayden Rooks (Indiana) to fill out the top 10. He holds a 2-2 record against that group.

Sammy Sasso is atop the rankings at 149 pounds after his perfect 9-0 regular season. He’s trailed by Iowa’s Max Murin; Griffin Parriott of Purdue; Yahya Thomas from Northwestern and Michigan’s Kanen Storr in the top five as his primary competitors, though he holds wins over Murin and Storr.

Cleary is ninth in the rankings at 157 and will likely need to pull off an upset or two to qualify for the NCAA Championships after a very difficult 3-6 dual season. Youngster Bryce Hepner seemed to be coming on strong at this spot late in the season, but did not get the nod for the Buckeyes.

The 165-pound list sees another top competitor for the Buckeyes with No. 3 Ethan Smith, who has won eight straight matches after losing to Illinois’ Danny Braunagel in the first bout of the season. He follows Iowa’s Alex Marinelli and Baunagel in the standings here, having not faced the former during the Ohio State-Iowa dual.

Kaleb Romero checks in at No. 6 in the 174 list which is a bit of a surprise after his 5-2 campaign, but speaks to the strength of the weight, with Iowa’s Michael Kemerer; Nebraska’s Mikey Labriola; Penn State’s Carter Starocci; Michigan’s Logan Massa and Donnell Washington of Indiana cutting ahead of him. His lone losses on the year came to Kemerer and Starocci, and he has no matches against the rest of the top five.

Rocky Jordan is No. 10 at 184, the lowest ranking for a Buckeye on this list. Penn State’s Aaron Brooks is the top seed, and will look to repeat as the champion this season. He dominated Jordan during their Feb. 19 bout and took a 13-4 major decision.

Lastly, heavyweight Tate Orndorff is No. 8 among the big fellas, with Minnesota’s Gable Steveson; Michigan’s Mason Parris and Iowa’s Tony Cassioppi as the heavy (no pun intended) favorites. Orndorff would really like a win to secure his NCAA resume, but will have to scrap to find one. Checking in just ahead of him at No. 7 is Penn State’s Greg Kerkvliet, a former Buckeye that transferred just before the 2019 season.